Mu-ge the cat has gone on walkabout. Traceless.

Lake water enters the bamboo fence,
Mountains surround the cottage.
A recluse’s life avoids this world.
The unused door hides behind
A green moss hue;
When a stranger passes,
The white birds fly in alarm.
Selling herbs, I taste and compare
But charge no price.
I do some gardening,
But love to do it unplanned.
Why is the wooded path leading
To T’ien-chu monastery
Still in autumn
Deeply dreaming in blue?
- Lin Pu

Six of us at Saturday Morning Practice consider hope as an obstacle.

There being no future, hope must have to do with what is in one's heart right now. 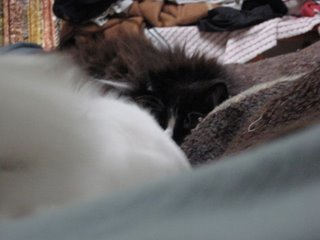 May each be where they need to be.

Who knows where?
Posted by meetingbrook at 8:28 PM

Vivian, in the drama W;T --(or Wit)-- says it is time for simplicity; time for kindness. She is dying.

All my life I have yearned for true reclusion,
Days on end sought wonders beyond this world:
Here old peasants enter their fields at dawn,
And mountain monks return to their temples at night.
Clear sounds come from pine-shaded springs,
Mossy walls filled with ancient truths.
I will lodge on this mountain forever,
I and the world are done with each other.
- Meng Hao-jan

At end her former professor reads to her about a bunny whose mother --like God -- will find it no matter where it hides; an allegory for soul being sought for by God.

There are choices to be made.

One is for kindness.

Maria is eighty today. She and Tom stay for dinner after conversation. 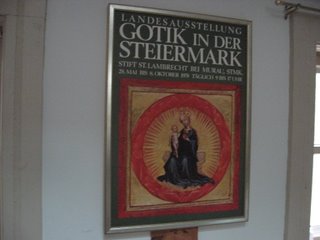 What if Spirit is not other than matter?

What if Word became flesh?

Is death when self meets no-other?

Or is it when no-self meets other?
Posted by meetingbrook at 11:13 PM

A crowd of stars lines up
Bright in the deep night.
Lone lamp on the cliff,
The moon is not yet sunk,
Full and bright without being
Ground or polished.
Hanging in the black sky is my mind. 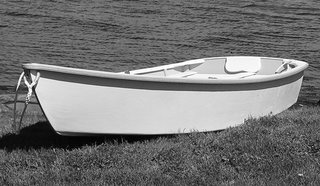 To believe is to hold affectionately.

I believe in earth!
Posted by meetingbrook at 10:00 PM

Cognitive dissonance is a psychological state that describes the uncomfortable feeling when a person begins to understand that something the person believes to be true is, in fact, not true. Similar to ambivalence, the term cognitive dissonance describes conflicting thoughts or beliefs (cognitions) that occur at the same time, or when engaged in behaviors that conflict with one's beliefs. In academic literature, the term refers to attempts to reduce the discomfort of conflicting thoughts by performing actions that are opposite to one's beliefs.
(--http://en.wikipedia.org/wiki/Cognitive_dissonance)

We're the good guys. Those without health care are people not particularly smart. Elected officials do indeed have the good of ordinary citizens as their primary responsibility. The war in Iraq was to protect the United States. Everything to know about September 11, 2001 has been told. This president is not an arrogant idiotes (it's a Greek word) serving the whims of corporations and promulgating shadow interests of ideologues. Osama Bin Laden started it. Saddam Hussein was the most dangerous leader in the world. The economy of the United States is in only a temporary slowdown. The Supreme Court is the most honorable judicial body and did not commit a hellish mistaken criminal act eight years ago. America clearly supports the down-trodden and helpless, but, really, the Chinese need our silence (as we need their imports) in their struggle against Tibet. There is equal justice for all, rich or poor, in this great nation.

If we meditate carefully on the above postulates, we might see into and through them. Carefully, we might begin to care for our peril.

There is a destination that must be reached within a day. One person endures great suffering and continues to walk with the aid of a stick. The other person decides to rest on a rock because it is too much for him. When he lies down and looks up, he sees clouds drifting in the wind and hallucinates that the rock he is on is also flying in the air. Cheerfully fantasizing that he has already reached his destination, he wakes up to find that he is just where he was before. The first person who continued to walk has already completed his trek. Although the second one finds himself far from his goal, he thinks it is useless to regret his error.
- Parable of Shakyamuni 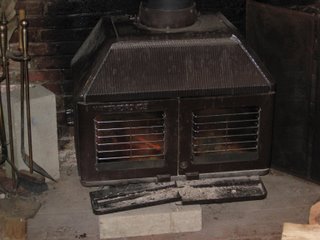 The fire that destroys illusion longs to rage in our hearts and minds.

Do not be mistaken -- really -- we, at heart, long to be compassionate; we, in the deepest foundation of mind, long for wisdom and understanding.

The deception cultivated by the unwise and those devoid of compassion is not -- I repeat, is not -- how the true human being wishes to live in this existence.

I go to visit a prominent monk
In mountain mist and a thousand peaks.
The master himself points out the road
And the moon hangs its lantern out for me.
- Han Shan (early 9th century)

Each hermit returns to solitude.

Happily.
Posted by meetingbrook at 11:13 PM