In my dream I saw
The spring wind gently shaking
Blossoms from a tree;
And even now, though I'm awake,
There's motion, trembling in my chest.
-- Saigyo (1118-1190)

Yeah, that's what I thought.

However you look at it, we're all trying to find home. That's all. Just wandering around through this dream and that. Looking through this persona and that image trying to recognize what looks back at us from the mirror.

The eve of Holy Week. A reluctant hermit in the monastic silence of Ragged/Bald, the solitude of mountain stillness, Merton Retreat asks if I'd rather stay where I am than travel to someone else's monastery.

I'm trying to remember what I felt the last time I watched the solitary fire burning in the library fireplace in Spencer. For so many years I remained behind in the darkened cloister as candle and community turned the vaulted corners to final Lumen Christi between choir stalls.

Never at home.
Posted by meetingbrook at 11:44 PM

God is what is God.

God is what is God?
Posted by meetingbrook at 10:54 PM

Drop off body and mind.

Dogen, it is said, was enlightened when hearing those words.

Everything falls away, is impermanent, incomplete, imperfect. 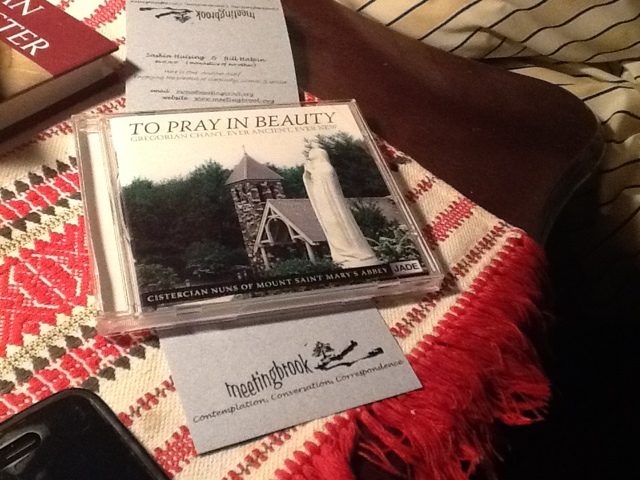 Ten years ago the disturbing beginning of a terrible course of action. An inappropriate, unnecessary, and cynical war.

Where does one go for justice and decency? Nowhere it seems. Where does the outrage surface? Maybe it surfaces in random killing sprees by those carrying the zeitgeist inheritance of the war's parents. For the rest of us, it is time to refill our prescription sedatives.

Bremer, Bush, Wolfowitz, Cheney, Rice, Rumsfeld et al -- will never admit their ignorance or mistakes because they made no mistakes. They did what they set out to do and were successful. Their destabilization of both Iraq and the United States is a strategy of de-governance made signature by right-wing ideologues intent on shifting power and resources into the control of private enterprise.

They're not wrong. They've succeeded. The politician gatekeepers are generously tipped for their unlocking of the gate, looking away, and abandoning their posts.

We, the people, are merely asleep. The infiltrating surveillance is in our houses. 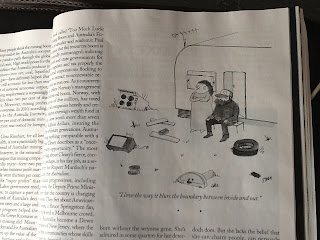 The Iraq War is over, it is said. Maybe, over there.  Mere chaos lingers.

For us, the Iraq war comes home.

And we are losing, piece by piece, the country we thought we lived in.

It is a sad, disturbing, justice-deprived anniversary. To messers Bush, Cheney, Bremer, Wolfowitz, Rumsfeld, Powell, ms Rice and the many complicitious corporate media and financial institutions -- it is a celebration of ideological tactics and un-governance toward the deconstruction of decency and democracy at home.

On such an anniversary, what do you give to the celebrants who have taken it all? 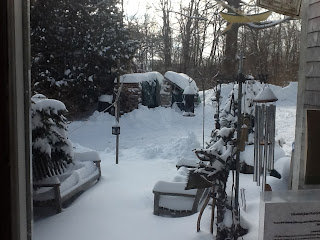 It is spring. Winter, on its final day, leaves a gift.

Nature seeks to soothe.
Posted by meetingbrook at 9:02 AM

Pat, I can see the pond from here

She was my sister.

Today is the anniversary of her coming into this world seventy one years ago. 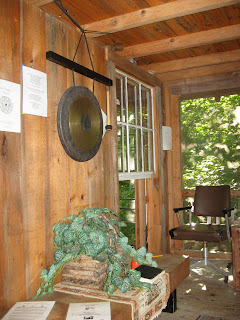 Ar dheis Dé go raibh sí. [Gaelic]
"May she be at the right hand of God." 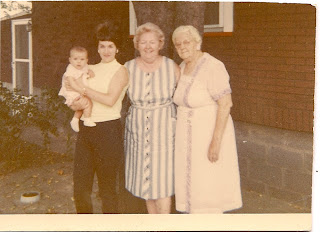 Spring approaches the cabin. It is at the threshold. One small step remains. 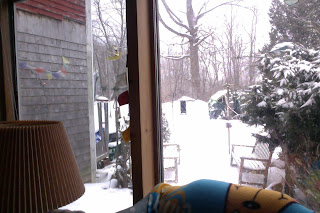 She was with her friend when death came. Last night she sat zazen in Merton Bookshed. San Francisco is just time away. Her friend is closer than that. Only, less easy to arrive at.
Words do not cover the distance.
Posted by meetingbrook at 11:56 PM

Sure and begorrah -- would you look at that! 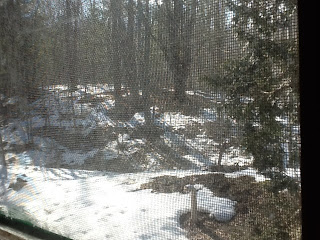 Then the fix-em-up department decides tomorrow would be a better day to mud and paint, so the ladder, plywood, and blanket are deconstructed and stowed in barn. Susan leaves with Lucy the rescue dog, only one of them thrilled about the pontiff's potential.

The day has crumpled into an Irish blessing.

I light a candle for those whose memory lingers like fragrant toast gone from wooden bowl this 17th of March. 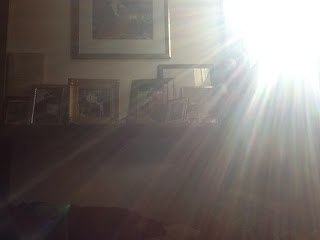 Posted by meetingbrook at 3:16 PM

There is an unseen place, somewhere between silence and speech, where word dwells in stillness.

When the heart/mind soundlessly calls into stillness, when awareness turns its non-judging gaze to empathic embrace of what is taking place before it, an invitation resonates through clear emptiness -- this invitation is attentive, wordless, and dawning contemplative prayer.

Contemplative prayer calls voicelessly into soundless Being, asking with pure gaze
what-is-yet-to-be-disclosed to remain within the unfolding as it unfolds as the presence of this present moment.

Being waits to be called.

What is Being called for? What is being-called for? 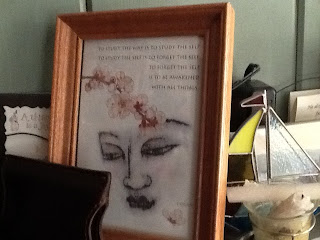 You are being called.

So, too, earth and sky, animal and plant, known and unknown -- each and every thing which is, has been, or is to come -- all being called from and into Being, as it is, as each is, difference and uniqueness, to be here.

We are called to be here.

Pure subjectivity as revealed difference of common idiosyncrasy diversified beyond calculation in this fertile, fecund, and ferocious world.

It is each being, made visible in its unique evolvement, that emerges prayer from its hidden sleep into invited appearance as threshold, prelude, and ready-nearness. 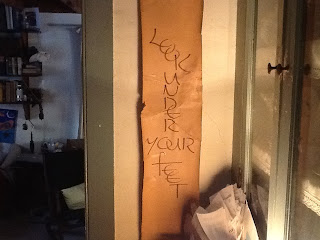 Why does anything pray?

Each being prays for what-is-to-be.

Each being, by its very nature, evokes Being to be in a way wherein each is complete within itself.

The "Itself" is what is becoming itself.

And so, become yourself as Itself in the world. There is no-other like you, no other than you in your present emergence as who and what you are in this called-Being.

The world waits for you to create the world. The world listens for your voice to sing it into Being. The world watches to see its coming to be.

Who are you? And what is prayer? 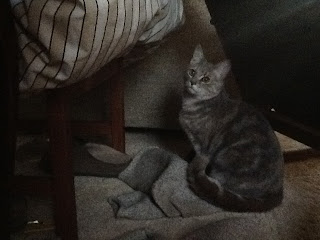 Everything is poised and ready for your call.

Sound us, sound all existence into Itself, whole and entire, a celebration of contemplation, conversation, and correspondence. 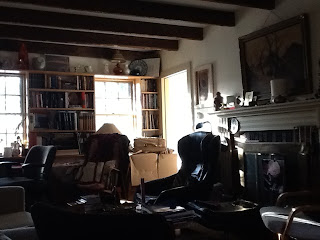