to be more fully and more humanly

At Friday Evening Conversation we spoke of education, technology, Basho, and Frost. 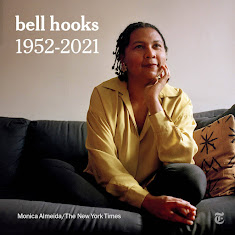 “There is not much passionate teaching or learning taking place in higher education today. Even when students are desperately yearning to be touched by knowledge, professors still fear the challenge, allow their worries about losing control to override their desires to teach. Concurrently, those of us who teach the same old subjects in the same old ways are often inwardly bored—unable to rekindle passions we may have once felt. If, as Thomas Merton suggests in his essay on pedagogy ‘Learning to Live,’ the purpose of education is to show students how to define themselves ‘authentically and spontaneously in relation’ to the world, then professors can best teach if we are self-actualized. Merton reminds us that the ‘original and authentic “paradise” idea, both in the monastery and in the university, implied not simply a celestial source of theoretic ideas to which Magistri and Doctores held the key, but the inner self of the student’ who would discover the ground of their being in relation to themselves, to higher powers, to community. That the ‘fruit of education... was in the activation of that utmost center.’ To restore passion to the classroom or to excite again the place of eros within ourselves and together allow the mind and body to feel and know desire.” (bell hooks, Teaching to Transgress [New York: Routledge, 1994], p. 199)

“The purpose of education is to show a person how to define himself authentically and spontaneously in relation to the world-not to impose a prefabricated definition of the world, still less an arbitrary definition of the individual himself. The world is made up of the people who are fully alive in it: this is, of the people who can be themselves in it and can enter into a living a fruitful relationship with each other in it. The world is, therefore, more real in proportion as the people in it are able to be more fully and more humanly alive: that is to say, better able to make a lucid and conscious use of their freedom. Basically, this freedom must consist first of all in the capacity to choose their own lives, to find them¬ selves on the deepest possible level. A superficial freedom to wander aimlessly here or there, to taste this or that, to make a choice of distractions (in Pascal’s sense) is simply a sham. It claims to be a freedom of ‘choice’ when it has evaded the basic task of discovering who it is that chooses. It is not free because it is unwilling to face the risk of self-discovery.

The function of the university is, then, first of all to help the student discover himself: to recognize himself, and to identify who it is that chooses.” (Thomas Merton, Love and Living [New York: Harcourt, 1985], p. 3-4)

Conversation, like knowledge and wisdom crisscrossing technology and education,  chooses our very lives to wander peripatetic circles listening (first) and (then) contemplating what is (being) said.

Posted by meetingbrook at 6:47 AM

Posted by meetingbrook at 5:59 AM

Your light will come Jerusalem; the Lord will dawn on you in radiant beauty. (—from responsory, morning prayer, today)

We have not under-

stood “The Lord” is not inside

Nor on the outside

Posted by meetingbrook at 5:06 AM

Ant. Our King will come from Zion; the Lord, God-is-with-us, is his mighty name.

Ant.2 Wait for the Lord and he will come to you with his saving power.

Where dwells, unseen, that which is

And when we step

Between this and that

Posted by meetingbrook at 4:50 AM

Yes!  No matter what is asked —

Posted by meetingbrook at 3:56 AM

When I speak with you

There is nothing in your words

Hiding who you are

Posted by meetingbrook at 5:25 AM

Not yet appearing, forming

Posted by meetingbrook at 5:06 AM

Posted by meetingbrook at 5:13 PM

where you stand, underfoot, start there

So too Christian lore —

The stories you know, teachings

Let these go as well. If truth

Is your root mind, let it out

Posted by meetingbrook at 5:01 PM

stepping out of rowboat

These are the background.

But you are new now, practice

who and where you are, let go

Posted by meetingbrook at 4:55 PM

an instrument of peace

A saint does nothing

of their own doing — they let

loose what flows through them

Angels between you and what

Is touched is grace allowed there

Posted by meetingbrook at 3:06 AM

they locked him away in solitary confinement

I Live yet do not Live in Me

by John of the Cross

I live yet do not live in me,am waiting as my life goes by,and die because I do not die.

No longer do I live in me,and without God I cannot live;to him or me I cannot givemy self, so what can living be?A thousand deaths my agonywaiting as my life goes by,dying because I do not die.

This life I live alone I viewas robbery of life, and soit is a constant death — with noway out until I live with you.God, hear me, what I say is true:I do not want this life of mine,and die because I do not die.

Being so removed from you I saywhat kind of life can I have herebut death so ugly and severeand worse than any form of pain?I pity me — and yet my fateis that I must keep up this lie,and die because I do not die.

The fish taken out of the seais not without a consolation:his dying is of brief durationand ultimately brings relief.Yet what convulsive death can beas bad as my pathetic life?The more I live the more I die.

When I begin to feel reliefon seeing you in the sacrament,I sink in deeper discontent,deprived of your sweet company.Now everything compels my grief:I want — yet can’t — see you nearby,and die because I do not die.

Although I find my pleasure, Sir,in hope of someday seeing you,I see that I can lose you too,which makes my pain doubly severe,and so I live in darkest fear,and hope, wait as life goes by,dying because I do not die.

Deliver me from death, my God,and give me life; now you have wounda rope about me; harshly boundI ask you to release the cord.See how I die to see you, Lord,and I am shattered where I lie,dying because I do not die.

My death will trigger tears in me,and I shall mourn my life: a dayannihilated by the wayI fail and sin relentlessly.O Father God, when will it bethat I can say without a lie:I live because I do not die?

From:
Translated by Willis Barnstone
Copyright ©:
ICS Publications
Posted by meetingbrook at 11:34 PM

May the souls of departed

Posted by meetingbrook at 8:22 AM

No one passes on the road this time of night. Maybe sleepless hermit deer on rainsoaked earth.  Night is deepest when alone under meteor sky, feather wings folded over head, dream remnants curled on pillows behind darkened windows behind empty roadside mailbox.

What are we waiting for?

We wait for our empty hopes to tire of their treks on mountain trails, for promises to despair of their baggage ripped open by thorns and drop-strewn into water gullies half filled with yesterdays rain. There’s little to carry now and fewer miles to cover going forward.

This vacant mind cannot recall where it thought it was going. Yet still it steps over stones and broken branch underfoot, turning trail a meandering animal scenting side to side the passing trace of ghostly precessions. We were not always alone.

The prisoner says he stands under shower splashing on his head, his only solitude away from things he’d rather not expose to outer hearing, the crowded punishment of incessant chatter about nothing he wants to hear. He says he’s happier than his words betray, thinking this time will pass.

No one passes in the darkened landscape. In kitchens and hallways footsteps in awkward stirrings think of the day ahead and don’t hurry the heating water. There’s no need to hurry. Everything is always right there just ahead slow motion unraveling always at hand.

It feels my friends are all incarcerated. Sending words through reticence unwilling to answer Lowell’s lines “All's misalliance. / Yet why not say what happened?” Allusion and innuendo, half-revelation and semi-complaint are swallowed up for consideration of hearer.

We’re waiting for something simple.

We’re waiting for the night to give up what it holds back.

For another to read what is not written and nod in undetected watchfulness an unencumbering compassion.

If this time, a hint

Posted by meetingbrook at 11:39 PM

drawn out to see

He hooked a big fish
It became the death of him
Keep your needs simple
Posted by meetingbrook at 4:46 AM

When attention looks into

Seeing what is there —

Aware what we are seeing

“Listen. Put it into your heart, my youngest and dearest son, that the thing that frightened you, the thing that afflicted you is nothing: Do not let it disturb you. . . . Am I not here, I, who am your mother? Are you not under my shadow and protection? Am I not the source of your joy? Are you not in the hollow of my mantle, in the crossing of my arms? Do you need something more?” 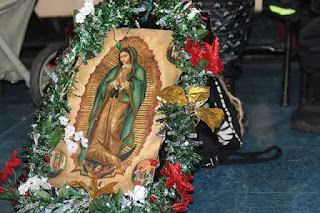 Posted by meetingbrook at 5:29 AM 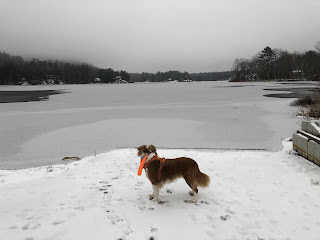 Until then, the mind imagines a warm inviting divertissement. 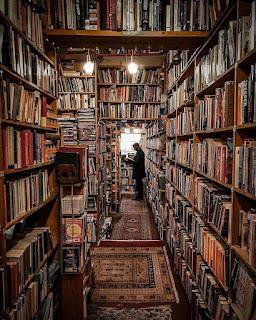 Armchair Books, Edinburgh, Scotland, UK
Such anticipation and imagination is best served with rare friendship and spare dénouement as somnolent dream fades into wind gust as autumn blows through dooryard night.
Posted by meetingbrook at 4:57 AM

Our flaws define us

which has no handle, is locked

Opens only with sorrow

Posted by meetingbrook at 4:04 AM