Weary with unwarranted war, we worry there is no alternative. We say: Make them go away! So we snipe and drone and shoot our young in service to poverty, drugs, terror, and racism. Our xenophobia ripples further and wider. And why? Nobody remembers why. Sign here, the uninspired say to war authorizers. And the cheerful but uninformed believers in war grind on their deadly thinking one further step toward complete unfeeling devastation. Look around. Is there really no other way? 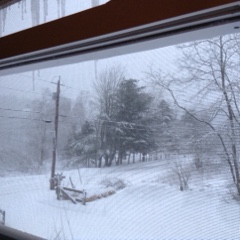 When meditation and prayer glance out from bed to stormy morning.
Posted by meetingbrook at 7:19 AM 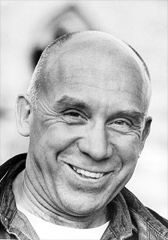 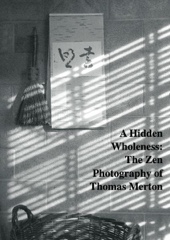 of one unlucky ride

(Newton, Mass., April 20: Five women ranging in age from 80 to 96 drowned this afternoon when a driverless car rolled across a rest home lawn and sank in Crystal Lake . . . the new york times)

Let us forget that it is spring and celebrate the riderless will of five victims.
Old companions are sitting silent in the home. Five of their number have suddenly gone too far; as if waifs,
As if orphans were to swim without license. Their ride was not lucky. It took them very far out of bounds.
Mrs. Watson said she saw them all go at three-forty-five. Their bell had rung too loud and too late.
It was a season when water is too cold for anyone, and is especially icy for an old person.
The brazen sedan was not to be trusted. The wheels went too well for one short and straight journey.   It was the last: the doors did not open.
Dimly and too late they saw themselves on a very wicked lawn. May God have mercy on their recreation!
Let us accordingly pay homage to five now legendary persons, the very chaste daughters of one unlucky ride.
Let the perversity of a machine become our common study, while I name loudly five loyal spouses of death!

(--Poem by Thomas Merton, “An Elegy for Five Old Ladies” from The Collected Poems of Thomas Merton. Copyright © 1963 by The Abbey of Gethsemani, Inc. New Directions Publishing Corporation.)

If I say, "I love you," have I constructed a great distance between you and me?

(We are not alone ... Go into we-understanding ...Love, only, verifies everything!)
Or
(We are not apart ... God is within us ... Light on verition* emerges!)
Maybe
(Wonder at nothing alien ... Gather interior world undivided ... Let OM vibrate eternally!)
Finally
(When all nescience awakens ... Give ignorance walking ultimatum ... Live on valuing everyone!) 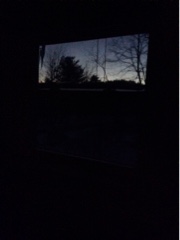 * Note on “verition” from Lachman book:
Associated with this widening and multiplying of perspective is [Jean] Gebser's difficult notion of “verition” or “waring.” Whereas the mental structure “conceptualizes” the world, the mythic structure “poeticizes” it, and the magical structure “vitalizes” it, the integral structure perceives it “in truth”— not as it appears to a function of a particular structure, but as the source and support of those structures. In “verition” the world becomes “pure statement,” its meaning, presence, and being disclosing themselves as self- evident. “Waring” oneself or another reveals what Gebser calls the “itself,” the originary presence as it manifests in the human personality, our “apersonal” core, the essence, we can say, of our interiority once we have transcended the ego.
(--from p.259, in A Secret History of Consciousness, by Gary Lachman)

Posted by meetingbrook at 5:40 AM 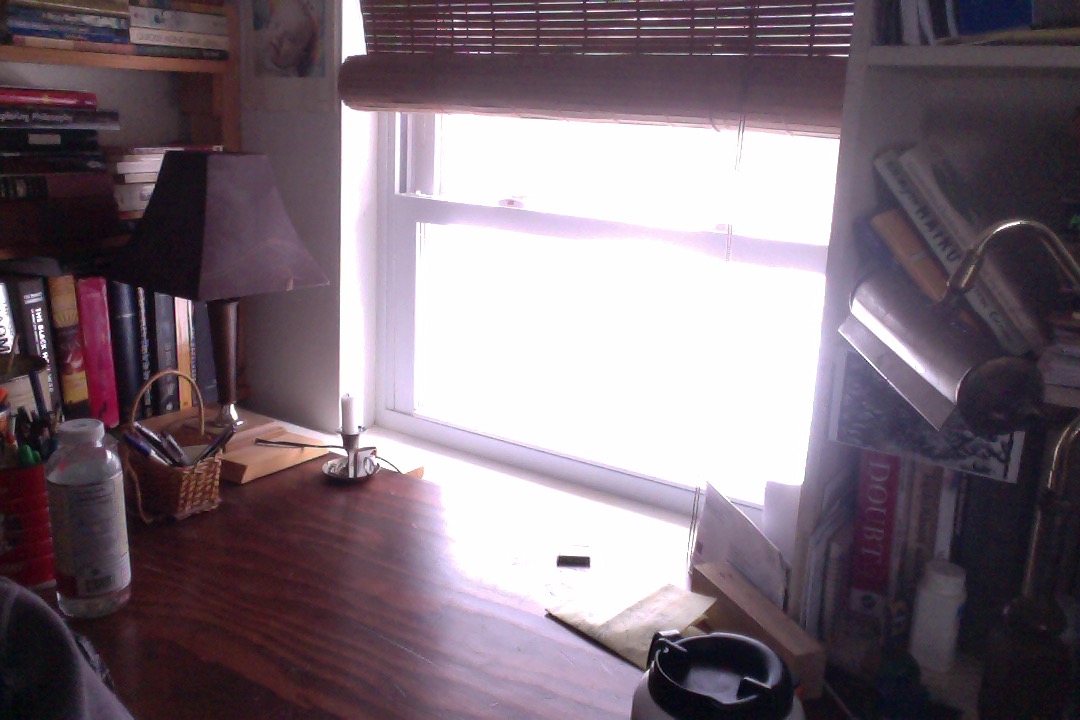 Posted by meetingbrook at 12:22 PM

one shell at a time 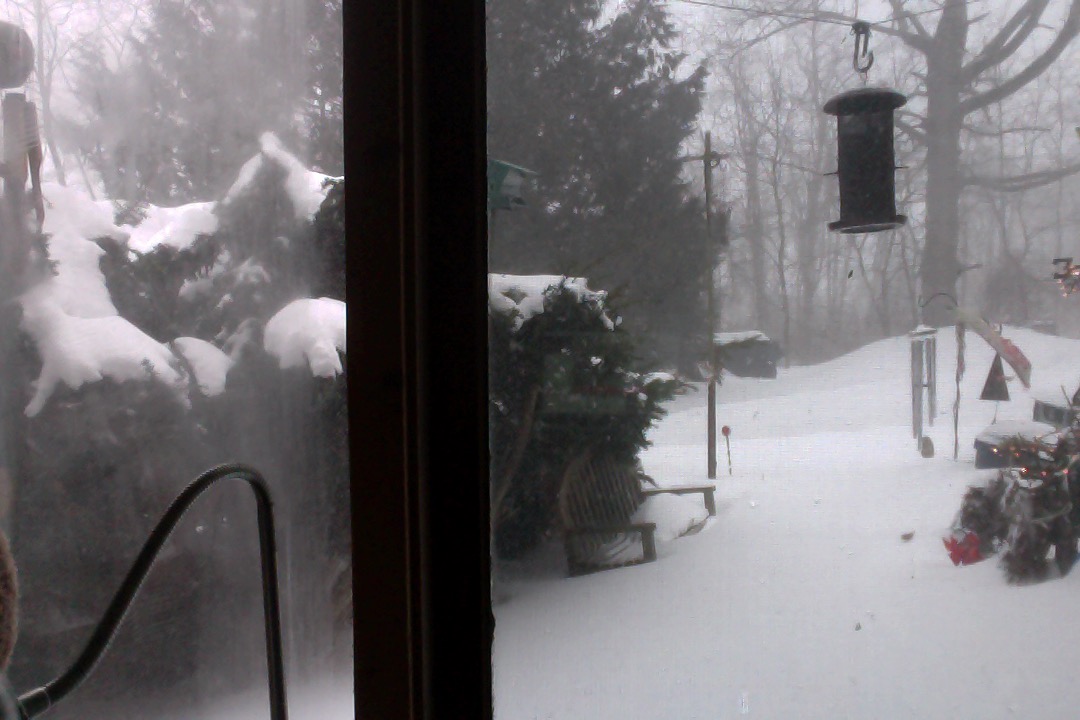 joy of roof and woodstove

Posted by meetingbrook at 2:01 PM

90 yr old man from Antigonish NS sits with us at Sunday Evening Practice.

I think of meditation. It's history and origin:

I remember when the university was baffled when a student complained she was being proselytized when I invited meditation be practiced in our classes on Vedanta, Buddhism, Taoism, Chan, Shintoism, Wabi Sabi, dialectics, autodidacticism, autodidallocism, reflective entering into thought and contemplation about the matter of discourse presented in our deliberations. The university was afraid of lawsuit. It asked I not begin class with silence.

The image on the screen (usually Nature), the music (Bach, Mozart, Glass) the poem, and the dyadic engagement with one another -- these were ok. But silence -- everyone (except 99.8% of students over 40 years teaching philosophy) was terrified by its use. No silence for the initial 3 minutes. It was, for her, being indoctrinated into some foreign religion. And the university... It felt frightened by silence. Maybe even by thinking. What if everybody thought?

My disappointment with their fears (student and university) led to a more camouflaged and circuitous methodology in our gatherings. We engage in surreptitious and subversive acts of thinking and pondering, wondering and looking, listening and conversing, studying and supposing options and variations on any particular theme and content. The student's faith tradition is preserved from invasive thought. The university's administration is safeguarded from legal decision to cease and desist any ruminative watching and waiting in minuscule silence for insight. All is well.

We still meditate. We call it musing.

Belief is protected from discourse and deliberation. The pedagogical preserve of proleptic partisan privation is unchallenged.


(late 15c., from M.Fr. amuser "divert, cause to muse," from a "at, to" (but here probably a causal prefix) + muser "ponder, stare fixedly." Sense of "divert from serious business, tickle the fancy of" is recorded from 1630s, but through 18c. the primary meaning was "deceive, cheat" by first occupying the attention. Bemuse retains more of the original meaning.c.1600, "cheating;" see amuse. Sense of "interesting" is from 1712; that of "pleasantly entertaining, tickling to the fancy" is from 1826. Noted late 1920s as a vogue word. {ibid}

Andiamo!
Posted by meetingbrook at 4:49 AM

here for you to be


Here of a Sunday Morning, with Chris Whent, plays from WBAI, NYC via the mysterious teleportation of internet radio. How do waves carry sound so faithful to composer’s work?

In summertime on Bredon
The bells they sound so clear;
Round both the shires they ring them
In steeples far and near,
A happy noise to hear.
Here of a Sunday morning
My love and I would lie,
And see the coloured counties,
And hear the larks so high
About us in the sky.
The bells would ring to call her
In valleys miles away:
"Come all to church, good people;
Good people, come and pray."
But here my love would stay.
And I would turn and answer
Among the springing thyme,
"Oh, peal upon our wedding,
And we will hear the chime,
And come to church in time."
But when the snows at Christmas
On Bredon top were strown,
My love rose up so early
And stole out unbeknown
And went to church alone.
They tolled the one bell only,
Groom there was none to see,
The mourners followed after,
And so to church went she,
And would not wait for me.
The bells they sound on Bredon
And still the steeples hum.
"Come all to church, good people,"--
Oh, noisy bells, be dumb;
I hear you, I will come.
[1] Pronounced Breedon.

Wuwei. Don’t try. Be the free-swimming fish. Leave the nets behind. There’s nothing to catch. Let each go their own way. With attentive, prayerful, loving watchfulness.

Gospel
Mark 1:14-20
After John had been arrested, Jesus went into Galilee. There he proclaimed the Good News from God. ‘The time has come’ he said ‘and the kingdom of God is close at hand. Repent, and believe the Good News.’

As he was walking along by the Sea of Galilee he saw Simon and his brother Andrew casting a net in the lake – for they were fishermen. And Jesus said to them, ‘Follow me and I will make you into fishers of men.’ And at once they left their nets and followed him

Going on a little further, he saw James son of Zebedee and his brother John; they too were in their boat, mending their nets. He called them at once and, leaving their father Zebedee in the boat with the men he employed, they went after him. (--from Universalis) 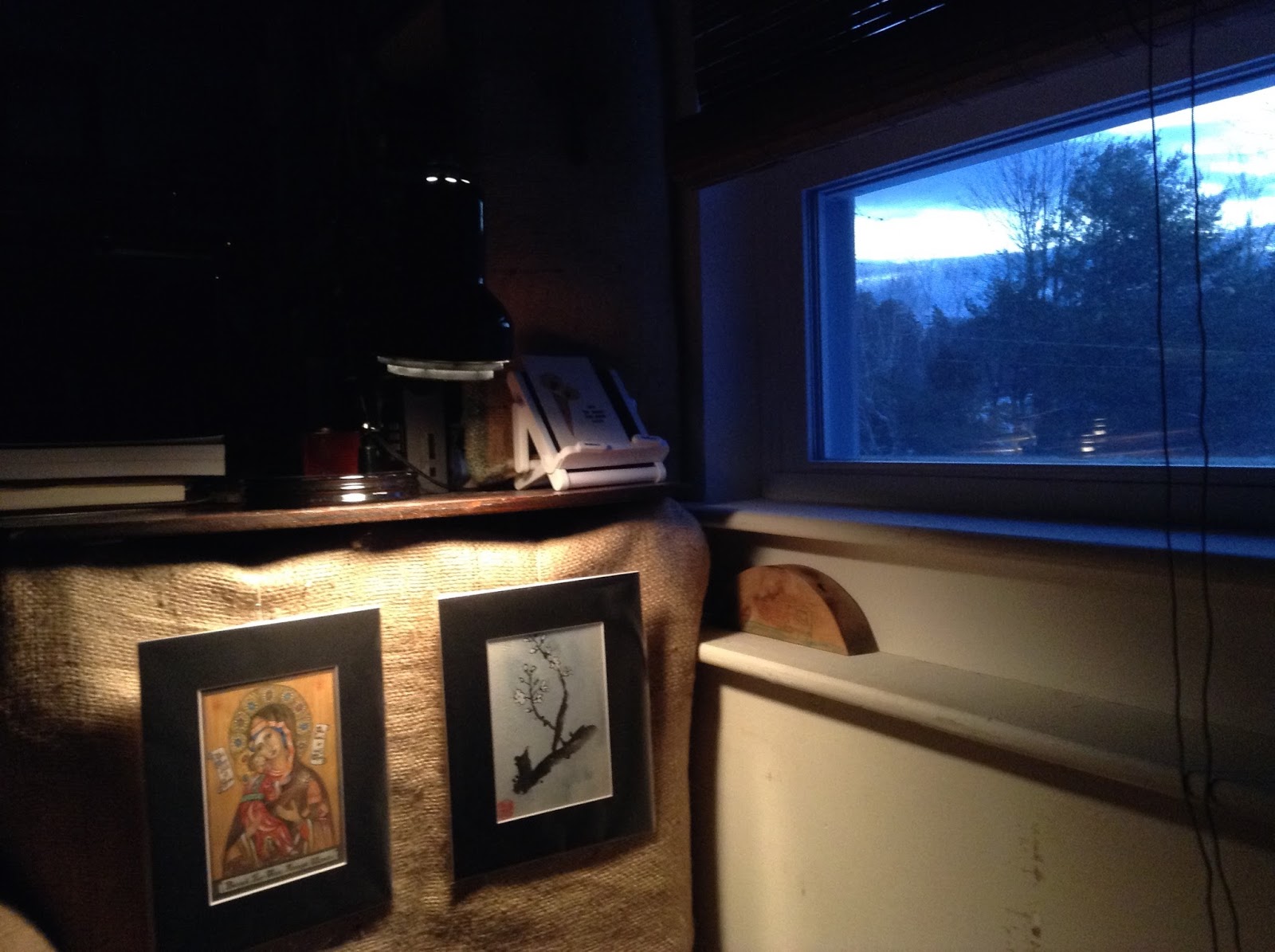 The bell tolls at four in the morning. I stand by the window,barefoot on the cool floor. The garden is still dark. I wait for the mountains and rivers to reclaim their shapes.

There is no light in the deepest hours of the night. Yet, I know you are therein the depth of the night, the immeasurable world of the mind. You, the known, have been there ever since the knower has been.

The dawn will come soon,and you will see that you and the rosy horizon are within my two eyes. It is for me that the horizon is rosy and the sky blue.

Looking at your image in the clear stream, you answer the question by your very presence. Life is humming the song of the non-dual marvel. I suddenly find myself smiling in the presence of this immaculate night. I know because I am here that you are there, and your being has returned to show itself in the wonder of tonight’s smile.

In the quiet stream, I swim gently. The murmur of the water lulls my heart. A wave serves as a pillow I look up and see a white cloud against the blue sky, the sound of Autumn leaves, the fragrance of hay -- each one a sign of eternity. A bright star helps me find my way back to myself.

In the depth of the night, as in the immeasurable realm of consciousness, the garden of life and I remain each other’s objects. The flower of being is singing the song of emptiness.

The night is still immaculate, but sounds and images from you have returned and fill the pure night. I feel their presence. By the window, with my bare feet on the cool floor, I know I am here for you to be.

This poem is from “Call Me By My True Names” The Collected Poems of Thich Nhat Hanh  [note: the prose-poem layout look is not the original layout. wfh] 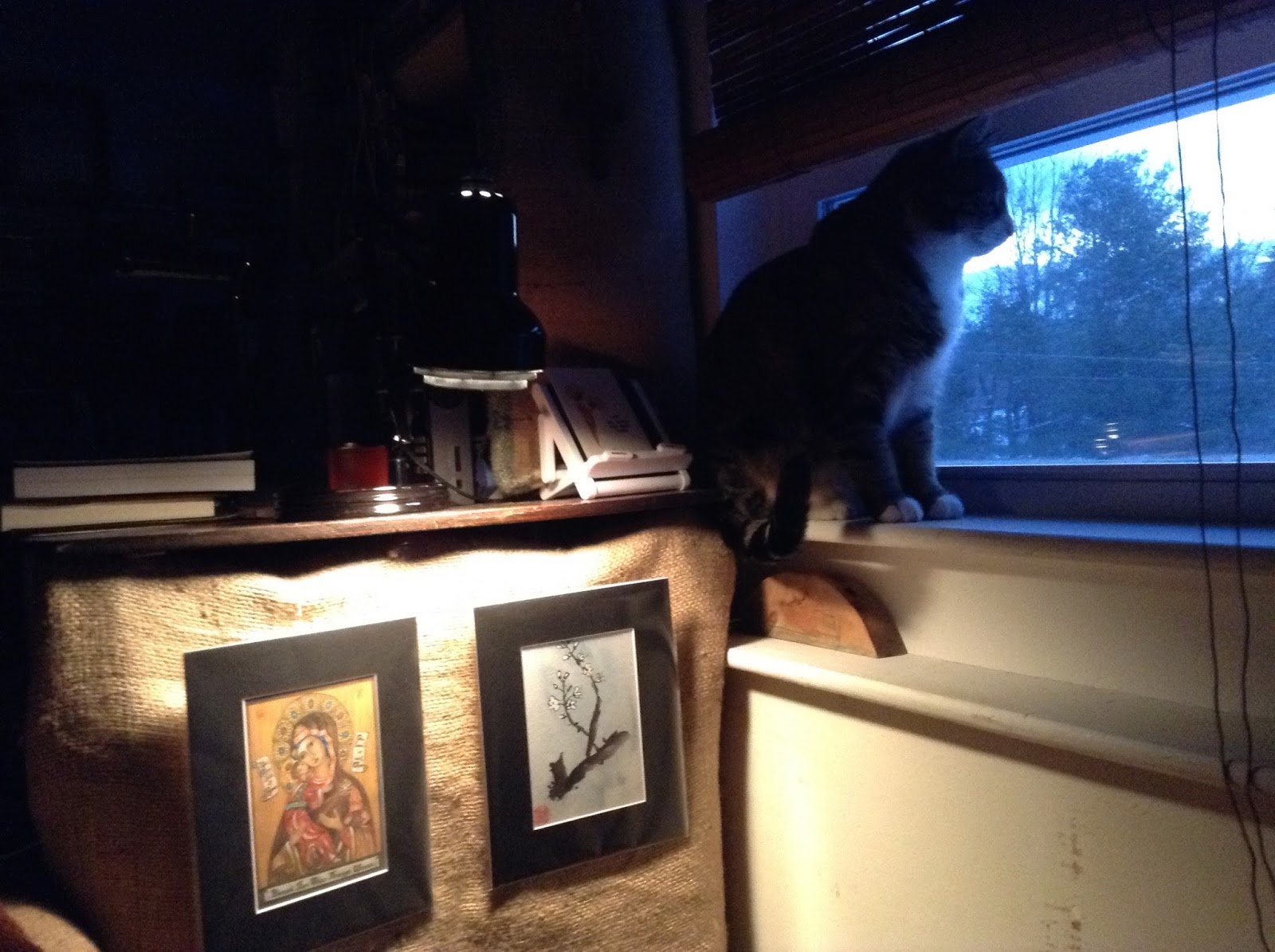 My Sunday morning submission is not only to The-One-Who-Is, but also to the New York Times:

I like this Pope. He’s the Barack Obama of Vatican City. He seems real enough and good with expressing obliquely what he wants to say. Congress, the Curia, and assorted cranky professional opposers then attempt to tamp down and reframe what has been said while muttering maligning innuendo. But the Pope and the President, outsiders both, stand for something new and exciting. They are not the background nay-sayers. They are speakers of important language. Their words are heard, if not acted on. And despite what we might think, words, especially good words, matter.

Posted by meetingbrook at 11:06 AM