what time is it

Yes.
Snow and ice on roof
Water in walls
Fire in wood stove
What to do what to do
With water
Get wet
With fire
Get warm
With self
Get lost
Yes 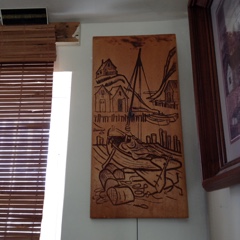 In prison today we speak about allowing experience to leap from awareness and fall back into it without any cognizing.

Moments of great calm,
Kneeling before an altar
Of wood in a stone church
In summer, waiting for the God
To speak; the air a staircase
For silence; the sun’s light
Ringing me, as though I acted
A great rôle. And the audiences
Still; all that close throng
Of spirits waiting, as I,
For the message.
Prompt me, God;
But not yet. When I speak,
Though it be you who speak
Through me, something is lost.
The meaning is in the waiting.

We conclude it is the attention each places on each place, each moment, that begins the unrestrain which invites thought its unconstrained dissolution into pure experience.

"Do you embrace the emptiness or rush to fill it?" (--from intro to The Philosophy of Emptiness, by Gay Watson)

A shovel with snow. Cup with tea. Dog with blue handball. Man with James Carroll book. Another repairing chain on meditation stick and bell.

"Hic" of human realization that "this" -- here--  is everything we are.
"Haec" re-emphasizes what silence could not hold.
"Hoc" concurs we have to say something, but giggles quietly in the saying.

Posted by meetingbrook at 5:41 PM

When someone hands you knife pay attention to which way the blade is facing.

Nor do you have to receive every gift offered.

That being said, I am willing to receive the knife you offer even though it is extended blade first.

No need for wrapping.

I choose what is gift.

It will help spread butter and honey on rye toast. 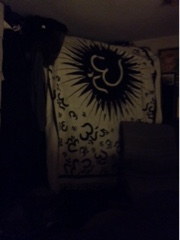 Posted by meetingbrook at 11:28 PM

I'm not sure
That's all I've got
Going forward
Posted by meetingbrook at 6:39 AM

Elsewhere, viewing responses to the news, an offering:

It is more about a type of decadent rational consciousness that makes an arbitrary assessment of who/what is valuable and not so. It is a phase of consciousness that we’ve wallowed in for thousands of years. Fanatics only heighten the awareness of a moribund mental state.

These examples are only the most recent ones. Cf. the Bible, Hiroshima, Spanish inquisition, Rwanda, My Lai, Mexican desert, spousal abuse.

When our minds are stuck in either/or thinking, many suffer. When we embrace a wholeness that does not see “other” -- that sees only transparent holistic value in each thing, each person, itself, we are beginning a new consciousness called by Jean Gebser “Integral” consciousness.

We can only prepare and hope for this mutation into whole-sight to take place.


Posted by meetingbrook at 2:42 PM

He thinks he understands how the elderly die in flu season. After chills and fervor, when cough hurts and breathing comes in fits and starts, and say you cross the dooryard with orange toboggan to load wood from pile and ferry it back to barn, taking blue sled-shovel to remove snow from path to meditation bookshed, 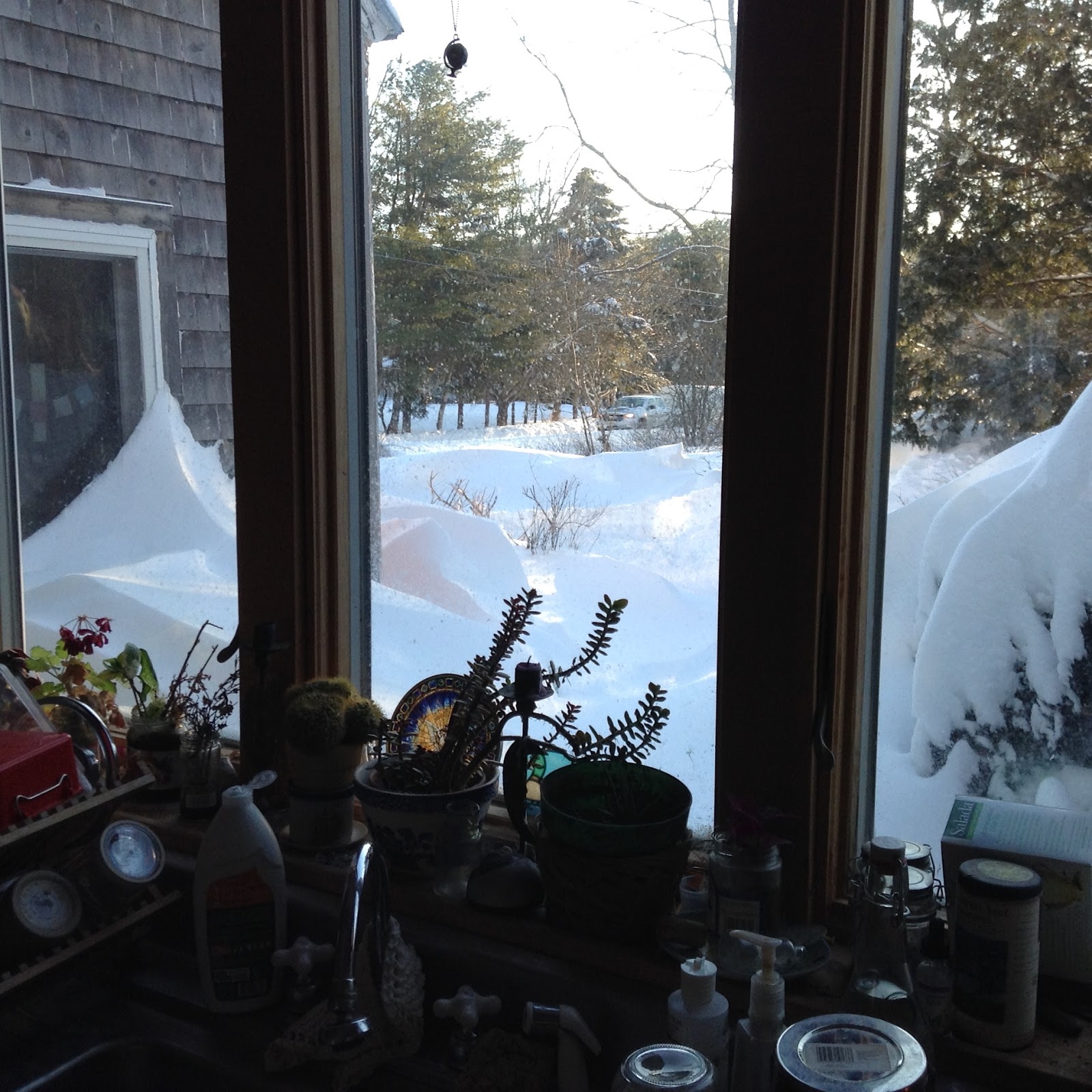 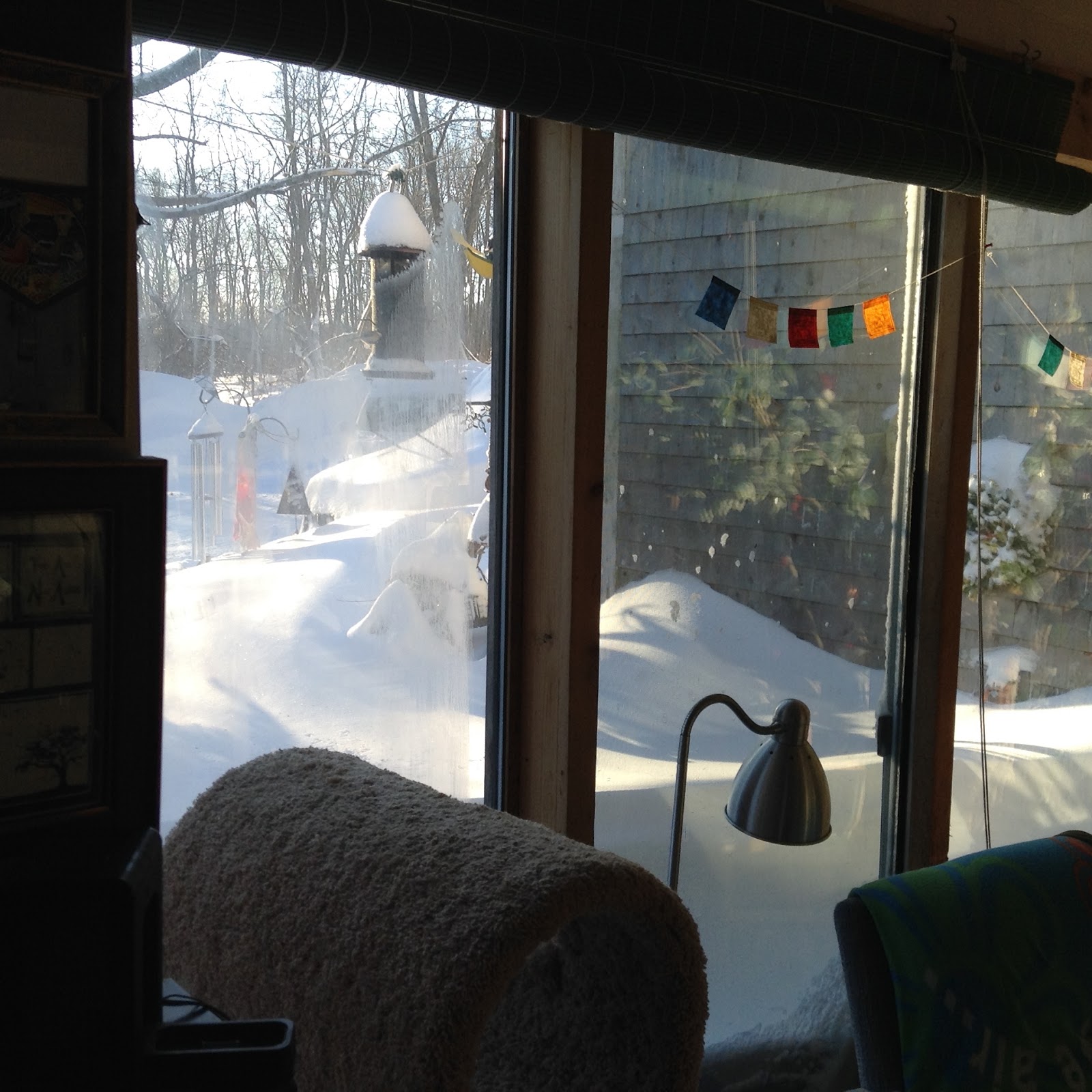 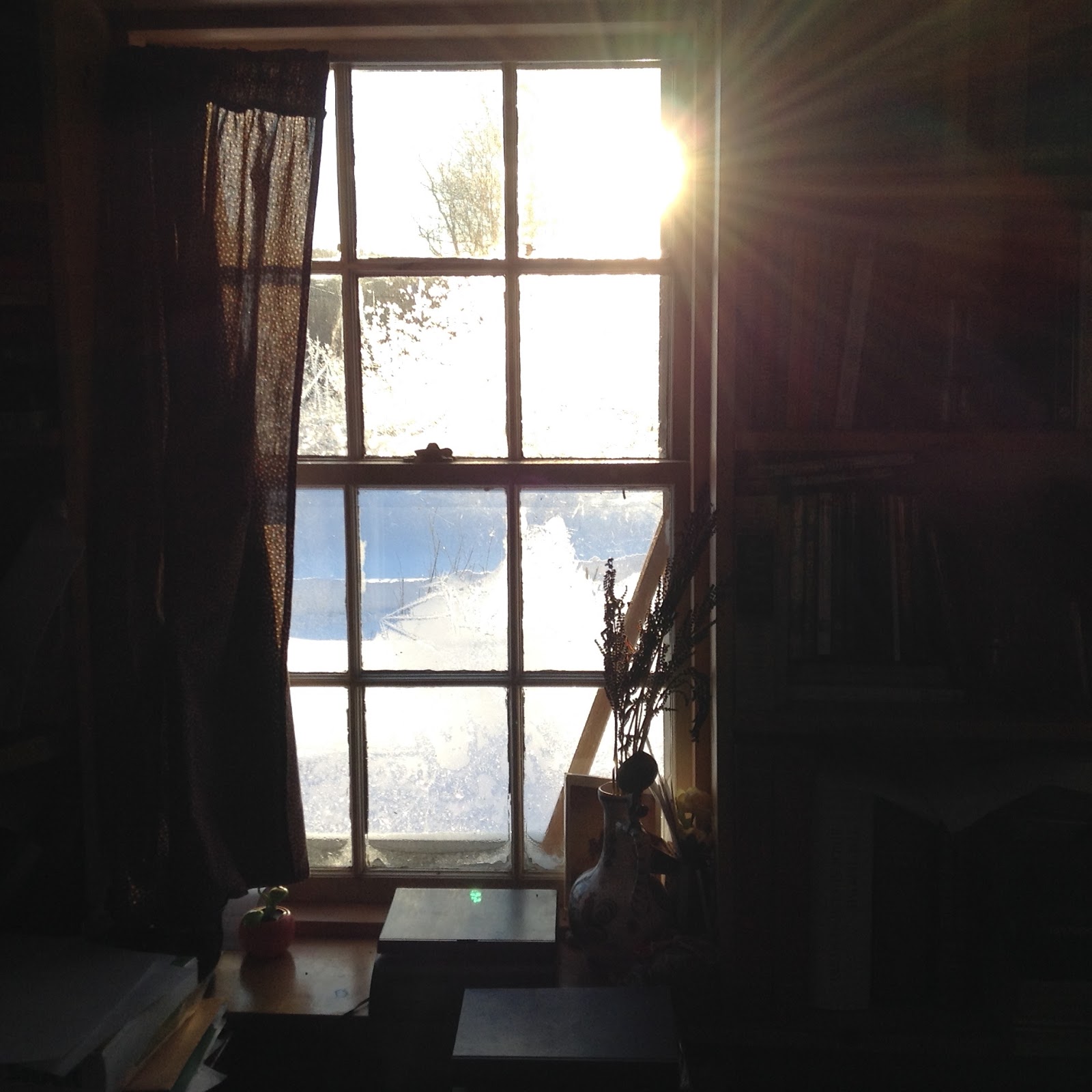 The woman, later, who was working in the upper front room, said she'd come into the room to see if the person there was still breathing. Satisfied, she said, she left. No one heard her come and go. 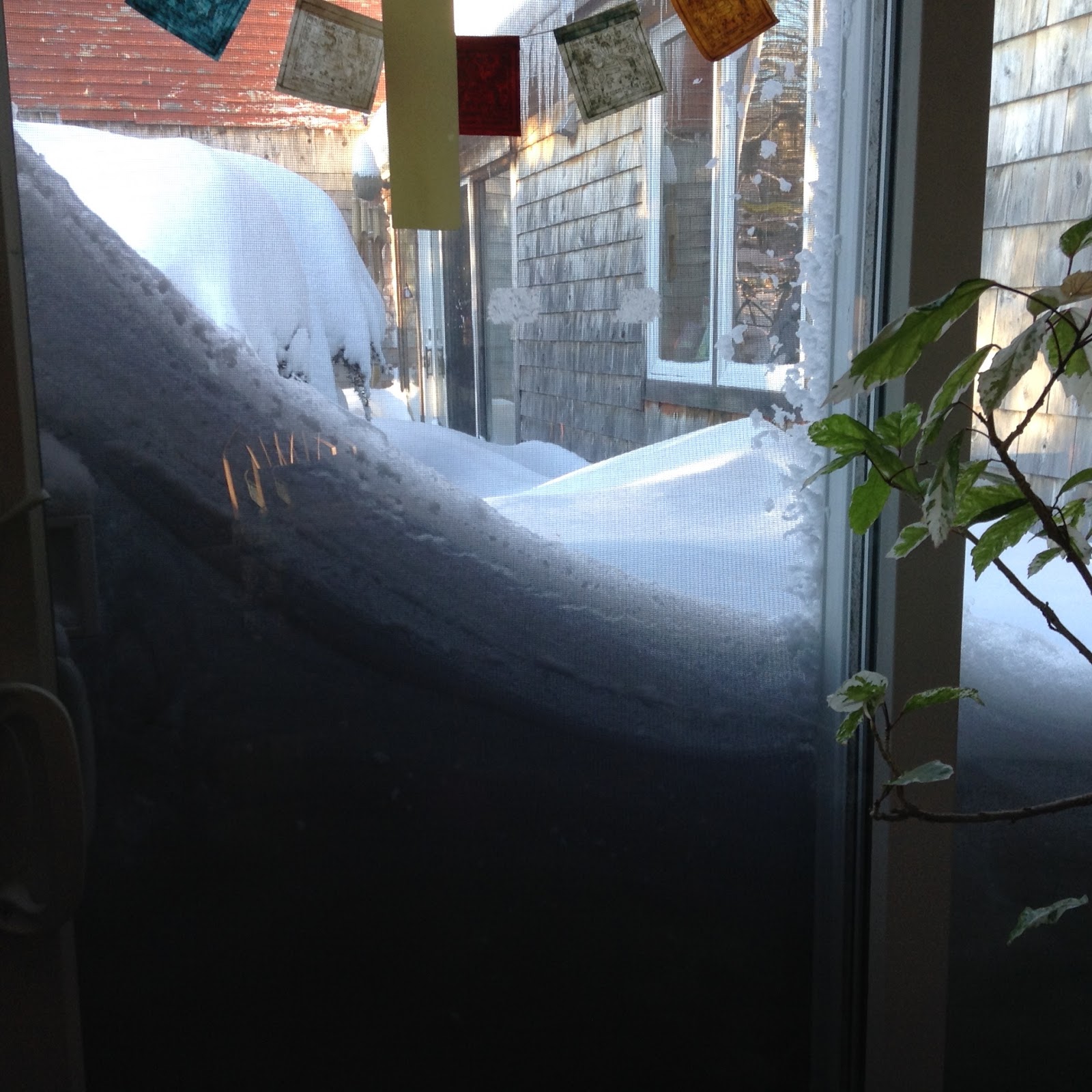 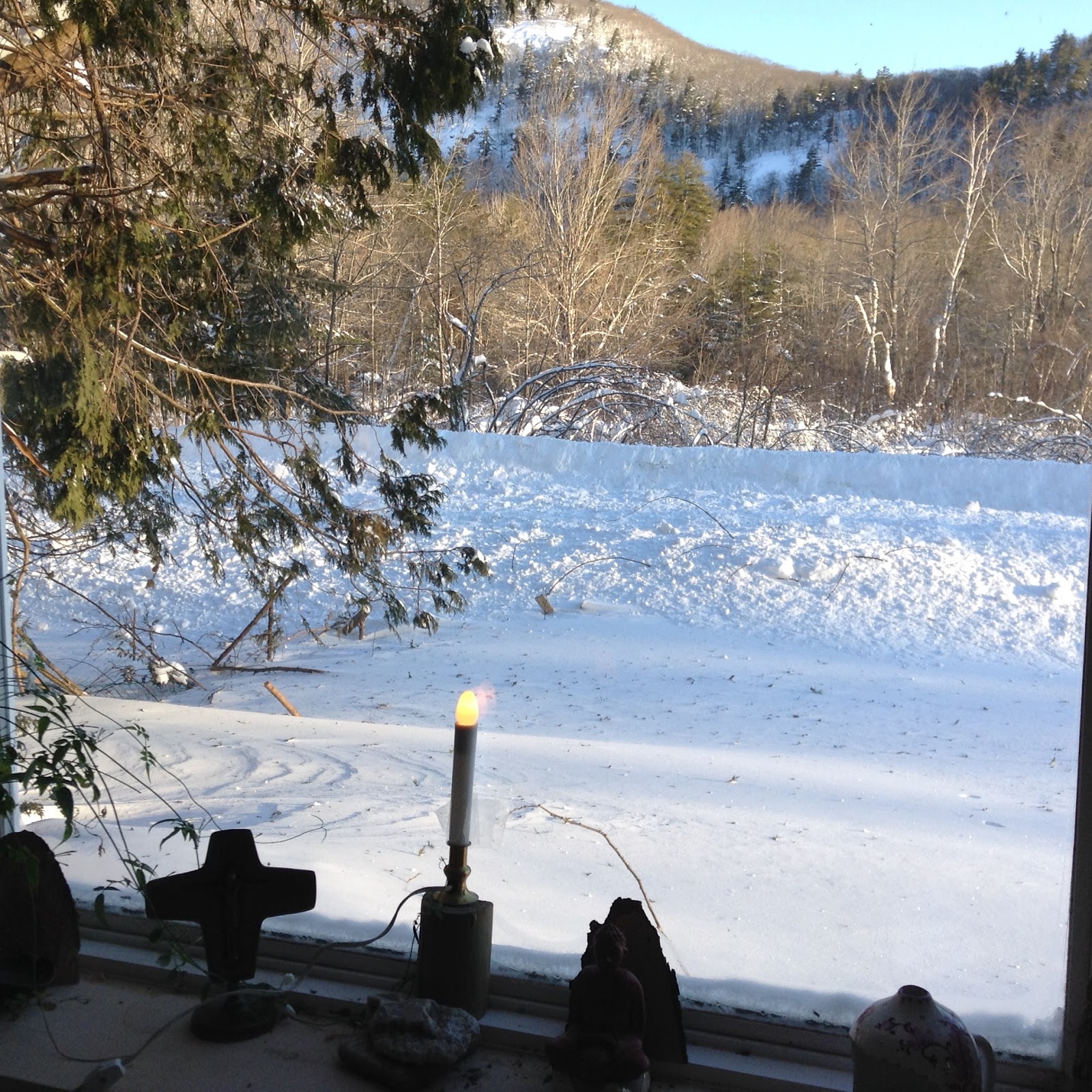 Like the watchful gaze of life with death, coming and going, no fanfare, no explanation, no say in where or when.

on rural road.
Posted by meetingbrook at 4:49 AM 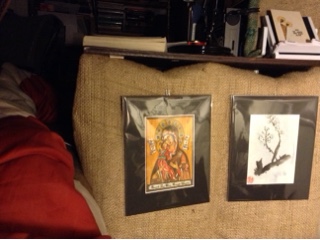 Archetypic mythic collective unconsciousness mother son birth light.
It doesn't matter whether one believes or doesn't believe. What matters is falling through empty awareness falling without fear through all possibilities of what presents itself. Falling through purifying release of opinion, concepts, preference and prejudice. Falling through illumination and insight opening heart/mind toward ineffable revelation of what is true, what is good, what is light.
If you want to call it love, ok. But it is love without ground. It is love itself. It does not belong to you, you do not deserve it, earn it, demand it. It is love itself.
We fall through it. We don't fall into it. We fall through it.
Glance and feel the passage.
Posted by meetingbrook at 6:42 AM

when monks meander middle of night

The events in Phoenix the last two weeks, the game and hoopla yesterday, the celebrity, capitalism, and consumerism -- all seem like some odd aberration of high kitsch culture in a cabaret of circus sideshow irrelevance. But that's probably the flu talking.

Othello:My story being done,She gave me for my pains a world of sighs;She swore, in faith 'twas strange, 'twas passing strange;'Twas pitiful. 'twas wondrous pitiful,She wish'd she had not heard it, yet she wish'dThat heaven had made her such a man,

Othello Act 1, scene 3, 158–163
Marshawn Lynch, not given the ball the final play, had nothing to do with the interception, did not score, and an alternate narrative is told today.
What does this narrative have to do with prayer?
We have little time existing. Little place in cosmos. Little understanding and little ability to think. It's what makes us so strange.
Passing.
Strange.
Posted by meetingbrook at 3:43 AM

as well as can be unexpected

Some of us withdraw from view. We are whatever names pronounced at our idiosyncrasies.

Mostly, the eremitic life, in relative or stark seclusion from society, is suspect. I am suspect. I suspect myself. 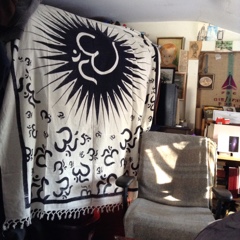 Congress, Executive, and Supreme Judiciary seek to protect the American way of life. Police forces militarize to beat down anyone in vocal assembly disagreeing with the approach to implement that way.

In my hermetic aging I find the trend toward militarism and corporate oligarchy difficult to warm to.

Football players, ski sprayers, and church pray-ers all worship at their cathedrals of public joy and ceremony.

In this small room time ignores inquiry into any measurement other than this inhalation, this exhalation, this glance, this listening. 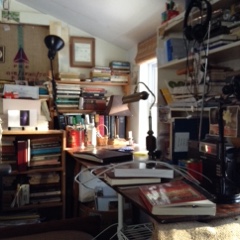 “All that we ever know of the physical world is an inference from our experience.” (--Peter Russell, Reality of Consciousness, SAND Dialogue), http://www.scienceandnonduality.com/the-reality-of-consciousness-peter-russell/

One day, as if by magic, there will be no awareness of this. What occupied this space typing words will cease and disappear. They will say, "he died." Words of that sort. Not much will follow. Just as not much preceded.

I wonder at this world and this existence. I've stopped asking "why?" and can hardly remember if I ever did ask such a question. (Of course I did.)

How and when I will die is stillness to be seen.

For now, medieval music of a Sunday morning. 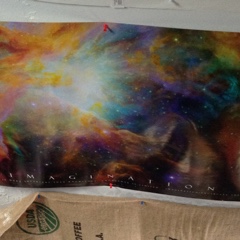 Posted by meetingbrook at 9:18 AM

as dog climbs stairs, thudding down next to bed 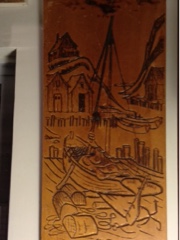 Posted by meetingbrook at 2:11 AM