Zen is watchful indifference.
Not not-caring, but caring without attachment.
Zen, perhaps better said, is aware non-difference.
That's different, don't you think?
Don't not think!
Posted by meetingbrook at 10:14 PM

In section "The Silent Watcher" the following:


All she wants is to experience what freely emerges from the forest as it is. She does not cling to the beautiful ones. She does not fear the large ones. She does not ignore the small ones. She simply watches each arrival witha friendly and unobtrusive interest, getting to know it as it is, until it returns to the forest. She relates to these visitors with such a lightness and kindness of heart that they relax in her presence and show her their true nature.    (from, Unlearning the Basics, by Rishi Sativihari, c.2010)

In prison we sit silently for 20 minutes, talk about current events, then read from Sativihari book. He talks about the brahma viharas (i.e. goodwill, compassion, equanimity, and joy in the happiness of others). These wholesome states of mind are useful when considering the difficulties and distress launched by the confrontation with ignorance, greed, and anger.

Rokie had a bath last night. He was soft and white visiting with inmates. They like him. He likes them. 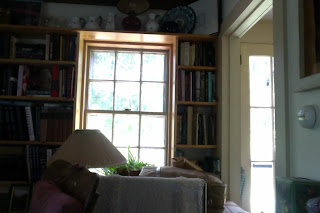 Posted by meetingbrook at 2:39 PM

there never was reason to hurt

The man writes from Yemen about his grandson's death-by-drone, about earlier his son's death-by-drone, about his own sadness and loss. His son had angry feelings and fierce rhetoric against the United States. His grandson not so much -- he was an ordinary seemingly none of the above teenager who went looking for his father. Both were American citizens.
(cf. OP-ED CONTRIBUTOR, The Drone That Killed My Grandson, by NASSER al-AWLAKI, July 17, 2013, )http://mobile.nytimes.com/2013/07/18/opinion/the-drone-that-killed-my-grandson.html,

These deaths by drones are difficult new patterns of extermination Americans have to algorithm into their nascent sense of who we are as a people and a political presence on the earth.

That truth should prevail over terrorism is a good belief. That someone should not be summarily executed -- that first a hearing of charges, a process of judicial review, and an open and proper judgment be made -- this is also a good belief.

For terrorism not to triumph over truth the United States has to remain steadfast in its belief in its own bedrock and fundamental principles.
If terrorism consumes everyone, if our belief in the principle of justice properly administered is abandoned, then our truth will also be abandoned and everyone will indeed be devoured by terrorism -- ours and theirs.


Is it too late to believe in truth over terrorism?


Or will we hide behind the delusional rant: "It's war, anything goes!"?


If truth goes, everyone is lost.


There is a debate taking place. Is America a beacon of democracy and hope? Or is America sliding down a muddy decline with guns blazing, its face unrecognizable with rage, certain everyone else is unappreciative of its single-minded crusade to rid the world of all evil and sin except for its own?


Those in power -- i.e. those with the most, newest, and biggest guns and latest stunning technology -- are convinced that the rest of us are ignorant and unaware of the real depth of danger facing the elite leaders of the world community. (No doubt, guilty as charged.) But, in the same admission, there's a reluctance to agree that everyone disagreeing with the particular fervor and direction of worldwide policing and military/financial dominance America appears to profess -- that each protestation is treason, that every criticism is cause for suspicion, surveillance and sequestration.

All of the river boat gamblers are losing their shirts

All of the brave union soldier boys sleep in the dirt

But you know and I know, there never was reason to hurt

All of our lives were entwined to begin with, 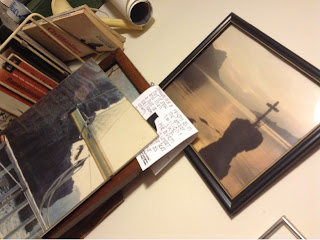 My concern is that it is the entwining that is being overlooked. We are entwined from the get go -- and to forget that is to become maddened with hunting knife severing limbs and questions from our bodies and minds.

We're gambling with obsession and destruction for high stakes -- our sanity and decency.

The deranged hand with sharp knife is making bloody whatever it perceives as threat.

The gamble is both sham and shame.

Posted by meetingbrook at 6:34 AM

Grace, gift, and transformation. That's what the man said on podcast about trinity. The music of it.
Outside window, rain.
Source, experience, inspiration. 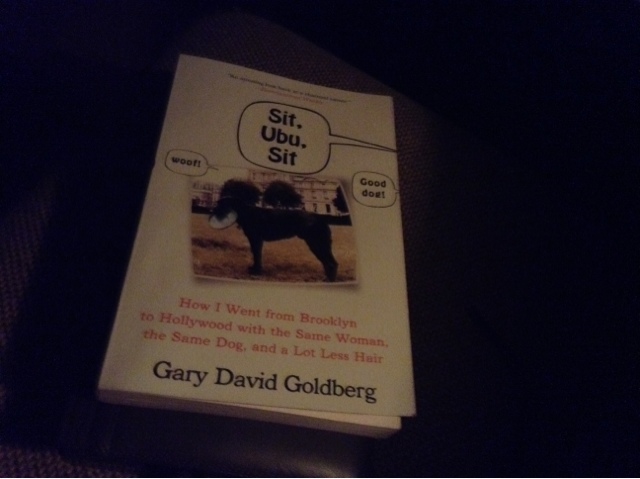 Posted by meetingbrook at 10:53 PM

The simplicity of emptiness

If nothing to say, say it. 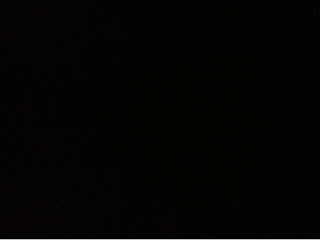 Posted by meetingbrook at 2:58 AM 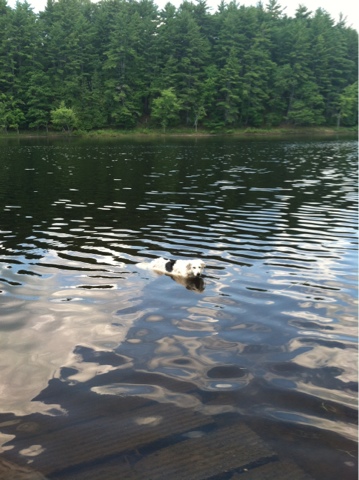 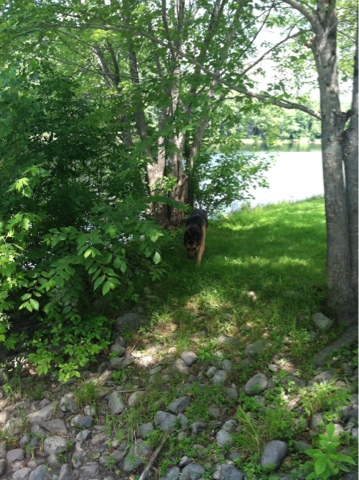 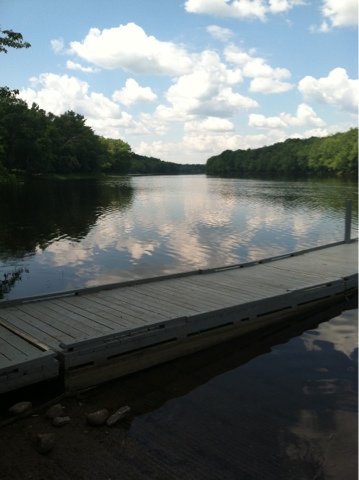 Summer miles under seat reading kid I knew in Brooklyn went on to big time died of brain cancer makes me smile remembering inside his words.
What does what it should do (wrote Roethke) needs nothing more.
That's exactly what I need.
Posted by meetingbrook at 11:53 AM

In ca. 1221 he was born, in 1274 Bonaventure died at the Council of Lyons.  Peregrinus of Bologna, Bonaventure's secretary, in his chronicle which has recently (1905) been recovered and edited, noted the saint was poisoned.


Saint Bonaventure, O.F.M., born Giovanni di Fidanza, was an Italian medieval scholastic theologian and philosopher. The seventh Minister General of the Order of Friars Minor, he was also a Cardinal Bishop of Albano. (Wikipedia)

The church overlooked the poisoning. It was practiced in both overlooking and overseeing. Bonaventure had successfully scrubbed the crazed intensity and remarkably chaotic divine insanity of founder Francis from the Franciscans. Today he'd be called a 'cleaner.'

Two additional mad saints who, I suspect, would prefer Francis' company to that of Bonaventure are Merton and Lowell. 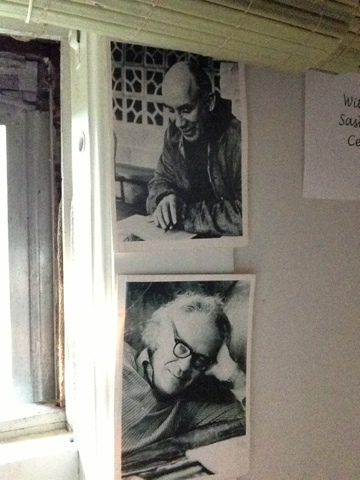 The beginning of love is to let those we love be perfectly themselves, and not to twist them to fit our own image. Otherwise we love only the reflection of ourselves we find in them.--Thomas Merton


“No weekends for the gods now. Wars

Only man thinning out his own kind

sounds through the Sabbath noon,

the blindswipe of the pruner and his knife

busy about the tree of life...


Pity the planet, all joy gone

from this sweet volcanic cone;

peace to our children when they fall

in small war on the heels of small

war - until the end of time

to police the earth, a ghost

in our monotonous sublime.”

The trouble with official "saints" is the hagiography is as often covering press release rather than what generously could be called truth.


All's misalliance.
Yet why not say what happened?"

I'll take my saints unofficial. The poets and artists, madmen and women, gentle wonderers and fierce skeptics undeterred by those paid to edit and censure.

I'm sure Bonaventure had his moments when he wasn't torturing inspiration. Just as I'm sure George Zimmerman has been kind at times to friends and furry critters. One doesn't just only kill 17 year olds on rainy nights with an itchy trigger racial profile.

It is a staggeringly convoluted and complex existence, this.

Pay it no mind.

Be mad with love as is God!


Posted by meetingbrook at 6:16 AM 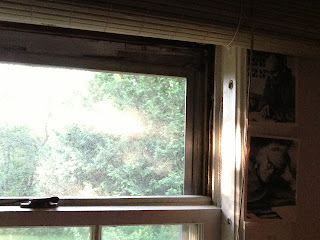 Today is the last day of the past.

Yes, there are photos, memories, and scraps of evidence pointing to something before this, but only 'this' is passing here on its way to this revealed and unconcealed glimpse.