When a gift is given, we are grateful.

Today, we compose this haiku for someone's kindness:

Earth in it's wandering meander through a very large expanse -- a breathtaking and breathgiving gift! 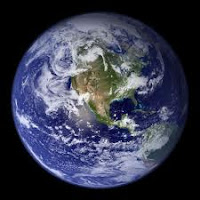 Posted by meetingbrook at 11:17 PM

there really is no choice

If you ask nicely and say the right words you can get what you want. It's magical thinking.


This matter does not depend on being a male or female,
nor on being noble or a commoner.
If you once break through,
you are shoulder to shoulder with the Buddha.

On the other hand, if you keep quiet, wait for the inevitable to occur, you watch what you need walk through the door.

It's no thought at all.
Posted by meetingbrook at 10:58 PM

What gives in us


Simplicity is not — as so many think, and, alas, teach — silliness. Simplicity means not being complicated, not being double in any way, not deluding oneself or anyone else. The first exercise in simplicity is to accept oneself as one is. There are two tremendous results of this: one is humility; the other is that it enables other people to accept us as we are, and in this there is real charity.

People whose demand on others is simple and uncomplicated add to the life of the world. One of the main reasons for devitalization, depression and psychological tiredness is that we make complicated demands on one another.

Becoming a reed of God is to allow divine breath to flow unobstructed through you.


The Way does not need cultivation;
Just don't pollute it.
What is pollution?
As long as you have a fluctuating mind,
Creating artificialities and pursuing inclinations,
All is pollution.
If you want to understand the Way directly,
The normal mind is the Way.
What is normal mind?
It has no artificial contrivance,
No right or wrong, no grasping or rejection,
No ordinariness and no sanctity.
- Ancestor Ma (709–788)

The effort and struggle to remain separated from who we are is not worth the disappointment.


The acceptance of life as it is must teach us trust and humility. This is because every real experience of life is an experience of God. Every experience of God makes us realize our littleness, our need, our nothingness, but at the same time the miracle of Christ in us. Not only are we one of God's creatures — which is in itself a guarantee of His eternal creating love — but we are also His Christ, His only Son, the sole object of His whole love. These two facts balance the scales of trust: our nothingness and our allness.
(Houselander, Ibid)

Give in to what gives in us.
Posted by meetingbrook at 10:55 PM

The water waves me on.

Where did I put my questions

Stupidity, said Bankei in the 17th century, is a good thing. Of course, he was a zen master. They like the "don't know" mind.

There's a difference between not knowing and operating with a "don't know" mind. One is simple ignorance. The other is Buddha mind seeing everything for the first time.

We are generally knowledgable. We know. And we let others know we know and what we know.

But the rare way is not not knowing and not letting on you don't know, rather, doing what you are doing with don't know mind in such a way that only discovery is what is taking place.

I'll take your questions now. You won't be needing them. Live the uncertainty with courage and joy.

There's nothing else remaining.

That, and heavy rain, thick mist, and lightning flashes with rolling thunder.

A guest remembers what we forget

War deads. War kills. War is our new and profitable industry. Profits are gathered by the war-makers. These we do not honor.

So many die. These, we honor.

We honor those fallen with flowers, parades, and marching bands.

The people who send men and women to their deaths, to the deaths of hundreds, thousands, millions in war zones, lay wreaths on the perfidy of the politics of war under the illusion men and women are being honored.

These thoughts are anger and sorrow.

Rowing Saturday morning out toward Curtis Island, I pass below daily ritual as the canon at yacht club sounded at 8AM. The American flag was raised. I stopped rowing. I raised my hand to forehead in salute to those dead and deadened by war. I cried.

I was taken by the surprise of this private memorial. Just wind and wave and the spirits of all my brothers and sisters floating over the millennia of unenlightened mind steeped in conflict and violent action.

There's an awareness wanting our attention. A new step in consciousness that waits by our door. Oh God, it is time!

Last night at Sunday Evening Practice we read Ilia Delio on Franciscan Prayer. The reading ended with these words: "It is prayer, according to Bonaventure, that impelled Francis to see the world with new vision, a contemplative vision that penetrated the depths of reality. The world became Francis' cloister because he found it to be permeated with the goodness of God."

This is the cloistered life we long for. For all our brothers and sisters, here and gone. 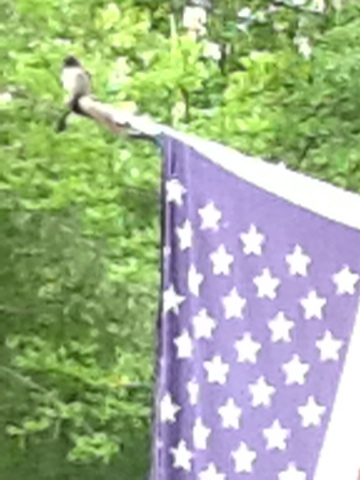 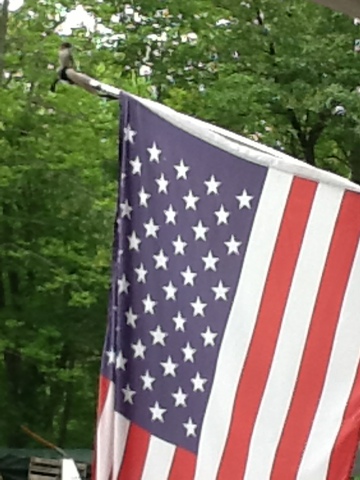 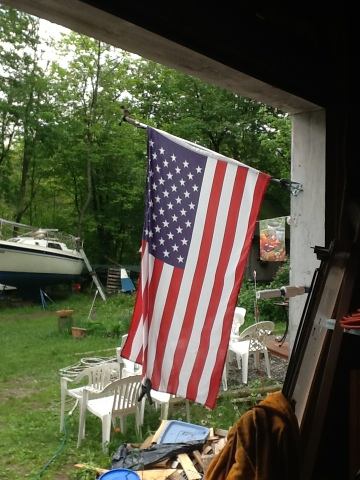 Posted by meetingbrook at 8:20 AM

If you forgive mindless misinterpretation or misbegotten misrepresentation what else is there to look around and see?

My God! What would become of us if everything came to be itself?

You, yourself. Me, myself. That, itself. Any, oneself.

(poem, seeker of truth, by e.e.cummings)

What does God want? 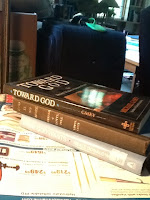 Posted by meetingbrook at 5:11 PM