Male and female he made them.


"The war between God and the Devil usually goes on in both psychic entities. That's as it should be. Schizophrenics tend to separate good and evil altogether, but in more balanced people, God and the Devil fight not only in Alpha, but in Omega as well."

"There seems to be endless capacity for strife in your system."

"Of course there is. Doesn't that fit human nature?"

"Well," I said, "I still can't see why the Creator desired such a complicated design."

"Because he wished to give us free will," she said. "I agree with Hugh on this as well. Free will amounts to giving the Devil equal opportunity."

"How can you know that?" I blurted out.

(--from p.175, Harlot's Ghost, by Norman Mailer; conversation between Harry and Kittridge)

Neither dualism nor monism -- but union with diversity.

We are as alike as unlike.

But, note this, it is the engagement, the differentiation of view held within a singular jousting turn of perspective -- suggests a resolution of continuance.

We agree or disagree and go on.

Only the fool or idiot refuses to move through to the next view.
Posted by meetingbrook at 9:56 PM

The EMT/firefighter testified that she found the indications of heart monitor placed on Trayvon Martin "to be incompatible with life."
Only George Zimmerman knows what happened.
The sweet anticipation of truth unconcealing itself.
Justice sips coffee at corner table.
Waiting.
Posted by meetingbrook at 2:39 PM

In Maine State Prison an inmate kills another inmate. Both were in for murder. That's what they arrived at.

I've begun to wonder at our society and culture. Surveillance and fear, imprisonment and torture, belief in something better and arrival at injustice all around.

This one was put in a jacket,

This one was sent home,

This one was given bread and meat

But would eat none,


This one looked at the window

As though it were a wall,

This one saw things that were not there,

This one things that were,


This one thought himself a bird,

This one a dog,

And this one thought himself a man,

And cried and cried No No No No

I don't have the courage not to be a hermit. So I hide in the open. I nod and say hello. I ride my bicycle here and there. I walk to town. I watch the trial of the man who shot Trayvon Martin. 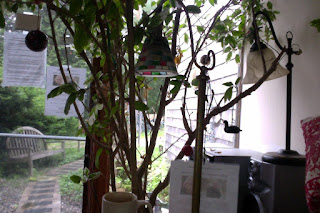 I pass churches, town offices, schools, and shops. Aside from coffee and scone I have no transport through these doors. I have grown wary of all ideologies/ideologues and anti-ideologies/anti-ideologues. I prefer poets to politicians or priests, artists to arhats or arsonists.

I read these days. I go off alone. I wake early and catch up on news and essays. I calculate times for naps and miss the appointed times. I hide out. I pray. For what, to what, I'm unsure.

It is late June. The peapod is in dry dock.

So is my soul.

Posted by meetingbrook at 6:46 PM


Trial in Florida continues. Mr. Zimmerman shot Mr. Martin on a drizzly evening. Counsel asks what was seen, what heard, where the witness was, what were they doing before and after, and other details enough to implant the impression that nothing seen or heard, assumed or recollected stands a chance under repeated questioning and pointed scrutiny.

One thing is known, No, two things. Treyvon Martin was shot and killed. George Zimmerman is on trial for 2nd degree murder.

Be nobody's darling;
Be an outcast.
Take the contradictions
Of your life
And wrap around
You like a shawl,
To parry stones
To keep you warm.
Watch the people succumb
To madness
With ample cheer;
Let them look askance at you
And you askance reply.
Be an outcast;
Be pleased to walk alone
(Uncool)
Or line the crowded
River beds
With other impetuous
Fools.

Make a merry gathering
On the bank
Where thousands perished
For brave hurt words
They said.

But be nobody's darling;
Be an outcast.
Qualified to live
Among your dead.

These days I feel qualified to live among the dead. As, indeed, I do.

The dead are about.

Between this and that. Between here and there. In no form I would recognize. No special communication, nor sign, nor extraordinary revelation.

I listen to the young woman who last spoke on phone to Mr. Martin before his death. She cries, is soft spoken, and will face cross-examination. 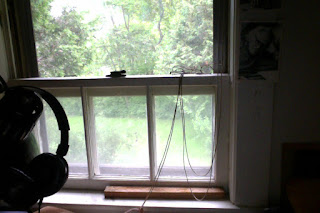 The joy of being released . . . The end of the known

Listen to the sound of what is
being said.
Right now. Is your name being...
pronounced in mere silence?
Be safe! Such a journey is
gratitude and astonishment.
Posted by meetingbrook at 10:58 PM

She took promises in the local Episcopal church to be a solitary religious. We attended her words. We continue to listen; her solitude and silence deepens with her death.

Good company to you! 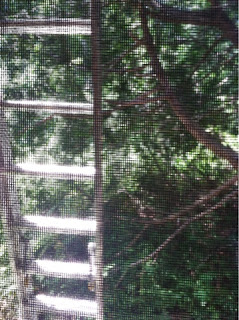 Suzanne, your reclusive prayer will whisper through midcoast.

Posted by meetingbrook at 12:56 PM


Gary and I played basketball at PS205 after school in the 1950s together in the low-ceiling'd gym.


Born in Brooklyn on June 25, 1944, Mr. Goldberg was known as Gary as a boy. He began using his middle name, David, as a professional affectation. “If I could get rid of it, I would,” he said.

Gary and his brother, Stanley, grew up in the Bensonhurst neighborhood.

He was left-handed and had the sweetest drive and fade banking shot impossible to stop. He was a kindly young man who, though much better, played well with the rest of us.

Thanks Gary! And happy birthday!
Posted by meetingbrook at 11:11 PM

At edge of flowerpot. 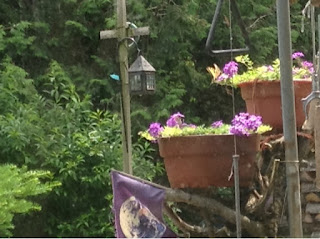