not presenting themselves aloud at roll call

Still, and beyond all, we are humbled by their sacrifice.

One cannot but be moved.

let's look at this; let's see through silent gaze

I'll find my own name for the interest I have toward this interesting man.

My interest in Yeshua bar Yosef comes from a hermeneutics of non-theological ordinariness.

I am a zen-poetics nomadic mendicant of mere gaze.

No institution owns Jesus. He stands alone.
Look at him. Not through creeds, doctrines, or self-justifying cant.
Just...look at the man.

He is free and clear.

I look there.
I look here.
In silence.
Posted by meetingbrook at 6:02 AM

disappearing into one another

We call it silent sitting. Elsewhere it is known as zazen. Specifically, shikantaza. Themeless sitting meditation.

Rumi asks in one of his poems, 'What is my self? I can't stop asking.'

My self is what is. Asking has no end.

In prison this morning, only the unimprisoned.

Look, I am doing something new

We move
through the complete
completing itself
Posted by meetingbrook at 10:19 PM

What would drive you insane? Would seeing truth abused and pained? We are creatures made with creativity for creativity-Itself.

We'd best learn to think back so to think toward a new expression of the holy reality surrounding our environs. Without which, madness.

Though it overlaps with many aspects of non-Christian mysticism--such as nature mysticism, Islamic Sufi mysticism (ecstasy and joy), Hindu mysticism (unitive consciousness and asceticism), Buddhism (non-violence and simplicity), and Jewish prophetic oracles--Franciscan mysticism is both deeply personal and cosmic/historical at the same time. [1] We must know that Franciscanism is not primarily about Francis of Assisi. It is about God, and the utter incarnate availability of God. In fact, when some fixate on Francis and Clare too long their spirituality invariably becomes sentimental, cheap, and harmless. Franciscan mysticism is about an intuition of Jesus as both the Incarnate Human One and the Eternal Cosmic Christ at the same time. (For a deeper exploration of the Cosmic Christ, see my meditations from earlier this year.) [1]  The first and cosmic incarnation of the Eternal Christ, the perfect co-inherence of matter and Spirit (Ephesians 1:3-11), happened at the Big Bang 13.8 billion years ago. Christians believe that Jesus of Nazareth was the human incarnation of that same Mystery a mere 2,000 years ago, when we were perhaps ready for this revelation. Christ is not Jesus' last .name, but the title of his historical and cosmic purpose. Jesus presents himself as the "Anointed" or Christened One who was human and divine united in one human body--as our model and exemplar. Peter seems to get this, at least once (Matthew 16:16), but like most of the church, he also seems to regress. Christ is our shortcut word for "The Body of God" or "God materialized." [2] This Christ is much bigger and older than either Jesus of Nazareth or the Christian religion, because the Christ is whenever the material and the divine co-exist--which is always and everywhere.

Heidegger thought that we are still not thinking.

Nietzsche was troubled that God was dead, and that we killed God by not allowing the emergence of God from former concepts to occur.

And in our forgetting, enter inconsolable anguish at creativity squandered and beaten in the street by thoughtless driver.
Posted by meetingbrook at 4:50 AM

“All that stays is dying all that lives is getting out”
(--from Urge for Going, sung by Tom Rush, lyrics by Joni Mitchell) https://www.youtube.com/watch?v=GKfYw2JIvgE
Posted by meetingbrook at 11:59 PM

The revelation of this

This is not about anything else.
This is everything else.
Univocity.
Posted by meetingbrook at 11:09 PM

It’s a question that interests, namely, What happens ‘after’ what you thought was so is no longer so?

Where does light go when it goes out?

After something is lost, what is found?


What do you identify as distinctive?

I identify four primary themes: the principle of conditionality; the practice of the fourfold tasks; the perspective of mindful awareness; and the power of self-reliance. I call them the four P’s. The book teases out of these four themes what hopefully is a comprehensive account both of the dharma and of the Buddha’s life.

The language you use for fundamental Buddhist terms and concepts is often a radical departure from convention. The four noble truths become “the four tasks”; nirvana becomes “a nonreactive ethical space”; dukkha, typically translated as “suffering,” simply becomes “life.” And tanha—craving—becomes “reactivity.” In many cases, your translations are more interpretive than literal.

As the cliché goes: translation is always interpretation. The meaning of words, as Wittgenstein pointed out, has to do with how they are used more than how the dictionary defines them. I may choose a term that might not be literally so close to the original but could actually shed more light on how that term operates within the framework of the discourses.

In the case of the four noble truths—what you call the four tasks—the departure is especially jarring. Can you explain?

If you open any book that purports to explain Buddhism, within two or three pages you’re onto the four noble truths. So to start questioning them is clearly controversial— even audacious. But on the basis of philological analysis, earlier translators—F. L. Woodward, for example, then people like Kenneth R. Norman—have spotted troubling incongruities in the way the expression “noble truth” is used. For instance, the Buddha’s first discourse literally says, “The second noble truth is to be abandoned.” Now that doesn’t make any sense. You don’t abandon the second noble truth; you abandon craving. It’s equally problematic to say, “The fourth noble truth is to be cultivated.” How do you cultivate a noble truth? Would that make it more true? Or more noble? Or both? It seems that at a later date the expression “noble truth” was rather clumsily introduced into the text. Now, that comes as a bit of a revelation, frankly, and a rather disturbing one. Norman concludes his analysis by saying: “The earliest form of [the Buddha’s first] discourse did not include the words ‘noble truth.’” That’s equivalent to saying: “In the original teaching the doctrine that people associate most fundamentally with Buddhism simply wasn’t there.”

Another example is the use of the word “truth” itself. I’m not suggesting the Buddha didn’t use the word. He did. But apart from in the expression “four noble truths,” the word “truth” in most cases refers to the virtue of speaking truthfully, being honest, having integrity in one’s life. We find this usage in the Ashokan edicts as well as in the Theravada doctrine of the perfections, one of which is sacca-parami: the perfection of truth. Here the word “truth” doesn’t refer to truth as a synonym for “reality,” it refers to truth as a virtue of speech. This supports my hypothesis that Buddhism did not start out as a truth-based metaphysics. In other words, to be awakened does not mean to understand the truth or nature of reality, which then frees you from ignorance, leaving you awakened. It may be more accurate to think of truth as truthfulness, or living a truthful life. It means to live in a certain way rather than to gain access to a privileged knowledge. So “four tasks,” as opposed to “four truths,” seem to me more appropriate. Truth is an act to be performed, not a fact to be known.

Retiring to retiro, I am alone with no-one-near.

The sound of it!

I listen to and read about Renata Scotto,


Scotto’s achievement was, in large part, her own.

“I prefer my way,” she said, “because you have a chance to learn, a chance to look. John Dexter, though, for me he was the greatest because he was looking for movement. If I would move a hand with no reason he would say, ‘Why did you move that hand? There’s no reason. Give me a reason, then I’ll let you move your hand.’” http://www.capitalnewyork.com/article/culture/2011/02/1436893/afterlife-diva-renata-scotto-aging-talent-tradition-and-why-she-quit ,

Why do we move?


Posted by meetingbrook at 4:42 PM

Settling into cabin porch with Hadot. 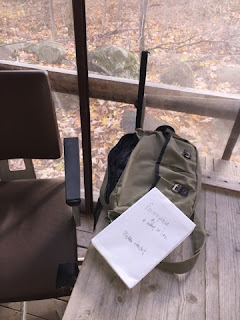 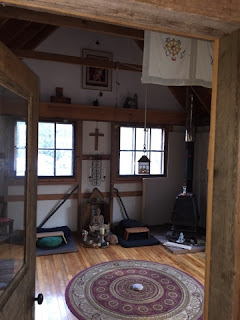 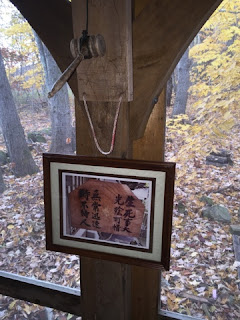 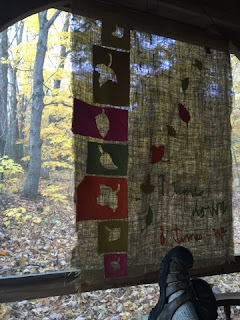 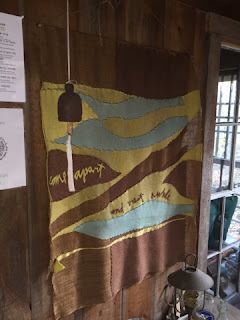 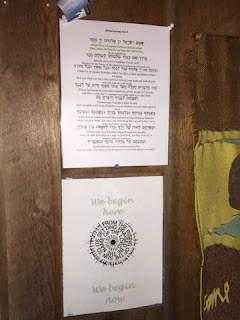 Posted by meetingbrook at 8:49 AM

maybe; is that so?

But, still, we have cigars, we have hospice.

There is much to worry and wonder about.

Much to hold dear.
Posted by meetingbrook at 11:10 PM

Someone asked for a profile:

First encountered Asian Philosophy in 1965 reading John Wu and Thomas Merton.
Sat first sesshin in 1975 and gone downhill since. Found hermitage that is far too lax in solitude, silence, and service.

We look, we listen, we don’t know.

As monastics of no other (mono),  “we are poor passing facts, / warned by that to give / each figure in the photograph / his living name.” (Robert Lowell, from poem “Epilogue”)

Posted by meetingbrook at 10:59 AM