His father has a goat ranch. His wife writes an impressive spontaneous poem. They naturally join the conversation.

The mountain lives in perpetual harmony with the Spirit of the Universe. It rose out of the Nameless, without resisting and suffering, and passes back into the Nameless. Man strives to overcome Nature and replace it with things of his devising. The wise know only one Universal Harmony exists and attune their mind and body to it. The monk does not go to the Mountain to rival it but to dwell in the eternal Oneness of Nature.
- Western Taoist

Solitude returns to itself.

A stupid remark by a desperate candidate raises the specter of 1968 assassination as coded anticipation of her chance in 2008.

Green waters and verdant mountains
are the places to walk in meditation;
by the streams or under the trees
are places to clear the mind.
Observe impermanence,
never forget it;
this urges on the will to seek enlightenment.
- Keizan Jokin (1264-1325)

It might have been a stupid mistake. But I fear the opposite.

Stupidity no longer has any right to remain on a stage that demands decency.

And yet stupidity does continue to infect the presidential milieu.

It is more that any one person can bear!
Posted by meetingbrook at 11:54 PM

A bird in high branch sang strong and clear at dusk.

Flowery Mountain is a treasure trove of marvels and esoteric lore as none other. Here fresh flowers bloom and the trees are ever green. Rocks are of all colors and spring waters of various hues. The wine decoctions of its genii clear the mind and the herbs culled by sages procure longevity. At night in the Hall of Shining Stars come whispering sounds from where the wisterias quiver. Unable to sleep I burn incense and read Taoist books.
- Hua-shan chih

I'm glad vespers was so easy.
Posted by meetingbrook at 10:43 PM

Here is what I know. This is the truth. Between one thing and another is wisdom in the open.

Can you think of a word that describes a person who devoted much of her life to being with people many of us cross the street to avoid? Who for half a century did her best to make sure they didn’t go hungry or freeze on winter nights? Who went to Mass every day until her legs couldn’t take her that far, at which point Communion was brought to her? Who prayed every day for friend and enemy alike and whose prayers, some are convinced, had miraculous results? Who went to confession every week? Who was devoted to the rosary? Who wore hand-me-down clothes and lived in cold-water flats? Whose main goal in life was to follow Christ and to see him in the people around her?

Can you think of a word that describes a person who refused to pay taxes, didn’t salute the flag, never voted, went to prison every now and then for protests against war and social injustice? Who spoke in a plain and often rude way about our way of life? Who complained that the Church wasn’t paying enough attention to its own teaching and compared some of its bishops to sharks?

Dorothy Day, saint and troublemaker.
(--from Dorothy Day — A Saint for Our Age? By Jim Forest; Presented at the Dorothy Day Centenary Conference, Marquette University, October 10, 1997.)

This world is not what it seems to be.

When body and soul are rid of the dust of this world of dreams our understanding is awakened and Truth perceived.
(- Wall poem at North Peak Temple)

Let's pray for saints and troublemakers.

Boards are drilled, bolts set, then unset, stain brushed on boards stood upright against barn overnight. In the morning we'll fit the double gate, pick up a couple of bolt-throughs for sag prevention wire, finally, mount at bottom of drive.

Something about a gate. Even without livestock, everyone needs a farm gate.

Clouds bury the mountains behind the house,
Grass blocks the road to the gate.
Tattered books on the shelf,
A closed door to the outside world.
- Li Yu (10th century)

The world seems brighter tonight. A man who inspires steps closer to nomination for presidency. The old and disheveled despair will end -- if we are lucky. Luck is vital. It is precipice time.

At dawn I heard among bird calls
the billions of marching feet in the churn
and squeak of gravel, even tiny feet
still wet from the mother's amniotic fluid,
and very old halting feet, the feet
of the very light and very heavy, all marching
but not together, criss-crossing at every angle
with sincere attempts not to touch, not to bump
into each other, walking in the doors of houses
and out the back door forty years later, finally
knowing that time collapses on a single
plateau where they were all their lives,
knowing that time stops when the heart stops
as they walk off the earth into the night air.
--Poem, "Marching," from Jim Harrison's "Saving Daylight" (2006)

Harrison, in introductory notes to After Ikkyu (1996), a collection of Zen-inspired poetry, wrote: "I'm a poet and we tend to err on the side that life is more than it appears rather than less."

We're going to fall. That's where precipice leads. But it is unknown yet whether we will fall into our true nature or away from decency far from any recognizable facsimile of kindness or compassion. I vote for true nature.

There is so much more than many want us to see.

Our gate will remind us.

To pass through, you have to open.
Posted by meetingbrook at 11:45 PM

Moon just shy of full. Jon Lester throws a no-hitter for Boston against Kansas City. No one is quite sure why the dollar has been allowed to de-value, nor why no one in government wants the troops in Iraq either to win or to come home.

The perfect person has many different aspects, but at heart he changes not. To understand the world he assumes its appearances, but his heart remains centered on the One. Within he is stable; outwardly he bends and straightens like a bow.
- Wen-tzu

Someone puts out a film taking on Christianity, the 9-11 official story, and the banking coup-d'etat in America and the world. Luckily they left Italian pizza alone.

When you wake at three AM you don't think
of your age or sex and rarely your name
or the plot of your life which has never
broken itself down into logical pieces.
At three AM you have the gift of incomprehension
wherein the galaxies make more sense
than your job or the government. Jesus at the well
with Mary Magdalene is much more vivid
than your car. You can clearly see the bear
climb to heaven on a golden rope in the children's
story no one ever wrote. Your childhood horse
named June still stomps the ground for an apple.
What is morning and what if it doesn't arrive?
One morning Mother dropped an egg and asked
me if God was the same species as we are?
Smear of light at five AM. Sound of Webber's
sheep flock and sandhill cranes across the road,
burble of irrigation ditch beneath my window.
She said, "Only lunatics save newspapers
and magazines," fried me two eggs, then said,
"If you want to understand mortality look at birds."
Blue moon, two full moons this month,
which I conclude are two full moons. In what
direction do the dead fly off the earth? Rising sun. A thousand blackbirds pronounce day.
(Poem: "Mother Night" by Jim Harrison from Saving Daylight. Copper Canyon Press, 2007.)

At 6AM bird flew into kitchen window. It lay stunned on grass. I watched it from second floor window, wishing it well, sending strength. Then I worried. Had the cat gone out earlier with the dog. I watched the stretch of grass. No cat. Good.

The bird, a rosy breasted grosbeak, rolled from it's side, still dazed. From under the bush came the cat. In a second both were gone. I had my screen out and ready to toss it -- but it happened so fast. When I got downstairs and out into yesterday's cut grass, only green clippings on my wet feet. 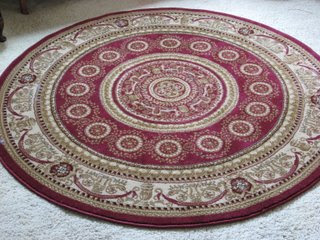 Religion is not, at the outset, a refuge of grace and mercy for the despondent and desperate, an enchanted stream for crushed spirits, but a raging, clamorous torrent of man's consciousness, with all its crises, pangs, and torments.
(- Rabbi Joseph B. Soloveitchik, 1903-1993)

At end of day we build one of two gates for end of driveway.

The impulse is to protect life.

Sometimes, more often than we'd like to think, life says: No, thank you!
Posted by meetingbrook at 10:34 PM