When it arrives we’ll know what we need to know.

Where no one ever has to explain anything.

Where it doesn’t matter what we think.

Only the sound of breath.

*  Rigpa is a Tibetan word, which in general means ‘intelligence’ or ‘awareness’. In Dzogchen, however, the highest teachings in the Buddhist tradition of Tibet, rigpa has a deeper connotation, ‘the innermost nature of the mind’. The whole of the teaching of Buddha is directed towards realizing this, our ultimate nature, the state of omniscience or enlightenment—a truth so universal, so primordial that it goes beyond all limits, and beyond even religion itself.Rigpa (Skt. vidyā; Tib. རིག་པ་, Wyl. rig pa);  Added: 02.Oct.2011 | Rigpa Shedra: An Online Encyclopedia of Tibetan Buddhism

Posted by meetingbrook at 11:12 PM

Theme, The light between: versions and margins
Posted by meetingbrook at 5:37 PM

between us, a new world, between us

The light between, versions and margins.

There is no good but what is found between us.

In fact, no good can be found in anything other than individuals who feel what is true and allow that light to be seen.

The collective does not suffice to illumine. 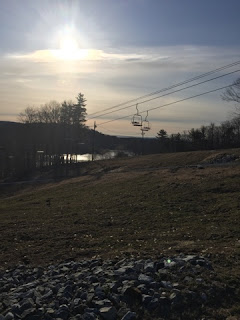 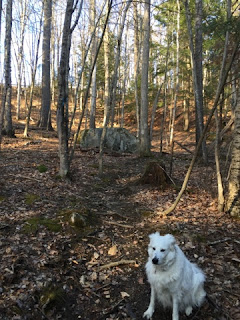 after watching “Winter on Fire: Ukraine’s Fight for Freedom", (a Netflix 2015 Documentary)

Posted by meetingbrook at 11:10 PM

after a complicated dream 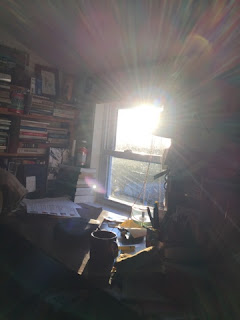 What I have seen is the totality recapitulated as One,

Received not in essence but by participation.

It is just as if you lit a flame from a live flame:

It is the entire flame you receive.

“Those of whom I speak and whom I call heretics are those who say that there is no one in our times and in our midst who is able to keep the Gospel commandments and become like the holy Fathers…Now those who say that this is impossible have not fallen into one particular heresy, but rather into all of them, if I may say so, since this one surpasses and covers them all in impiety and abundance of blasphemy. One who makes this claim subverts all the divine Scriptures. I think (that by making this claim) such a person states that the Holy Gospel is now recited in vain, that the writings of Basil the Great and of our other priests and holy Fathers are irrelevant or have even been frivolously written. If, then, it is impossible for us to carry out in action and observe without fail all the things that God says, and all that the saints, after first practicing them have left in writing for our instruction, why did they at that time trouble to write them down and why do we read them in Church? Those who make these claims shut up the heaven that Christ opened for us, and cut off the way to it that he inaugurated for us. God who is above all, stands, as it were, at the gate of heaven and peers out of it so that the faithful see him, and through his Holy Gospel cries out and says, ‘Come to me, all who labor and are heavy laden and I will give you rest’ (Mt. 11:28). But these opponents of God or, rather, antichrists say, ‘It is impossible, impossible.’”
(–St. Symeon the New Theologian )

No idea what happens next.

“If you know that all visible things are a shadow and all pass away, are you not ashamed of playing with shadows and hoarding transitory things? Like a child you draw water with a bucket full of holes; do you not realize it and take it into account, my dear friend? As though there were nothing more serious than appearance and illusion, as though reality has been taken from them?”

Learning to transform obstacles into objects of meditation provides a much needed bridge between the stillness of the concentrated mind and the movement of real life. (—Mark Epstein, “Stopping the Wind")

In nescience.
Posted by meetingbrook at 6:29 AM

For Tuesday.
God come to my assistance...
Posted by meetingbrook at 11:58 PM 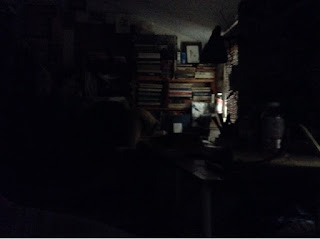 The letting out, in, of dog. 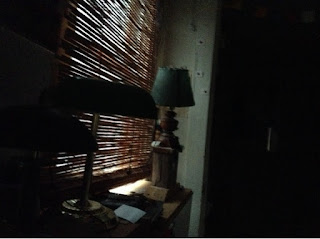 Time between dying winter and reluctant spring is holding desolation.

Here's what to do:

Educating -- the emerging out into presence -- is a longer night through difficult dreams toward any clarity.
Posted by meetingbrook at 7:17 AM

why a mirage might be the best we get

In the desert mirage experience that is the Republican Party -- something illusory, without substance or reality -- there's a need for a road to emerge to counter the empty desolate wandering of the primary season.

Mr Paul Ryan is no Donald Trump nor Ted Cruz. He is no Hillary Clinton nor Bernie Sanders. But he is, like Lawrence of Arabia, a useful player in a chess endgame intent on laying waste participatory government in favor of private corporate hegemonic capitalism.

We can do better as Republicans and as Democrats.

If it comes to open conventions, let's leave the stained sands of political desertification creeping across the moral and humane terrain of the United States and reach for something that once nourished this country -- shared yearning for equality, freedom, and justice. For all.

A mixed ticket. People who have shown they are real, solid, and embody what we need when we finally step out of the desert, at home and in the Middle East, of recent mire.
Posted by meetingbrook at 8:14 PM

We had a friend, while still alive, used to say, stay away from politics.

Then there was the Italian Francis in 13th century who said, stay away from money.

A guy named Jesus, two thousand years ago, said stay away from power.

The mystics say, whan they say anything, lose yourself in prayer.

Some day, there'll be no one found, resembling me, in any way, that can be traced.

I've been lost a long long time inside the emptiness some say God calls home.

I wouldn't know, and so I look out at politics, money, and power, with no desire for anything but

Listening attentiveness to what appears and fades away
Posted by meetingbrook at 11:53 PM

The last thing you want to experience

The name of God breathing through you

Exhale!
Posted by meetingbrook at 3:26 AM