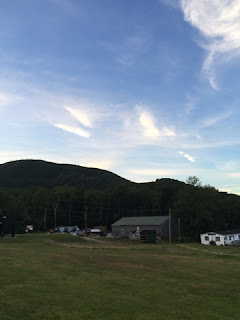 When day exhales and earth tosses dusk up slope on scent of coming dew. 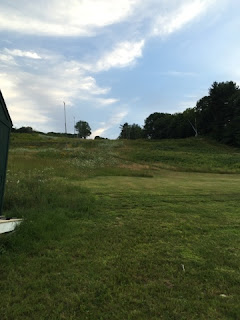 As one Arabic saying puts it, nazzala al-asmāʾ min al-samāʾ, “the names descend from Heaven.” (--in, The Presence of Poetry, the Poetry of Presence: Meditations on Arabic Sufi Poetry Performance and Ritual in Contemporary Dakar, by Oludamini Ogunnaike)

The nameless hides itself. 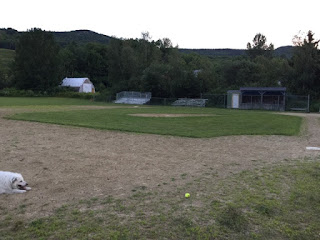 Once I played third base. I wasn't that good. It was something to do until words awoke and whispered me into solitude.

Where I have been for decades.

No longer pulling first baseman into base path of digging runner.
Stanford University
Posted by meetingbrook at 8:21 PM

Funny how disparate and diverse our learning.

Let's face it, it's all about incarceration, enlightenment, and liberation. Wherever you are.

The issue of the relationship between knowledge and action concerns the relationship between knowledge about (moral) matters and doing what the knowledge calls for. Traditionally, Chinese thought in general, and Zhu Xi in particular, maintained that once one acquired knowledge, one should do one’s best to put such knowledge into practice. In discussing Wang’s theory of the unity of knowledge and action, however, we first need to make clear that by his theory of the unity of knowledge and action, Wang was not asserting a traditional idea. Indeed, this was precisely the position that Wang wished to repudiate.
According to Wang, the normative picture of the universe is that moral agents are living their lives actualizing their liangzhi [“good conscience”] in the form of the unity of knowledge and action. In this picture, the betterment of society depends on the expansion of the self’s ability to respond morally to the world. Thus, Wang repeatedly reasserts the validity of the Neo-Confucian promise -- the salvation of the world through personal morality -- which is based on the assumption that “Governance depends on human beings (wei zheng zai ren).”   (--Internet Encyclopedia of Philosophy) http://www.iep.utm.edu/wangyang/

The rectify is to investigate (ko).

The Principle of Nature is original goodness of mind in all things.

Mencius and Wang Yangming help us see this.
Posted by meetingbrook at 11:09 PM

Not much for politics.

Not much for social gatherings.

Not much for institutions or clubs or creaky structures or other niche identities. 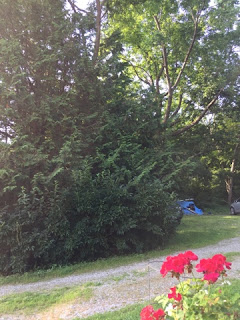 Presence of everyone and everything I've known and haphazardly loved. 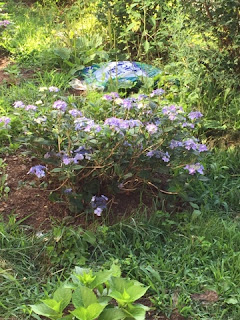 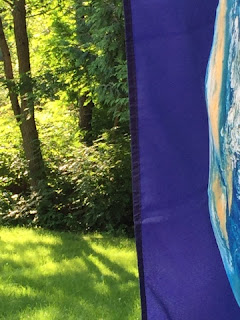 These times need some form of sacred

The prostrations of every being awaring what is most beautiful and true into visible innuendo of communion. 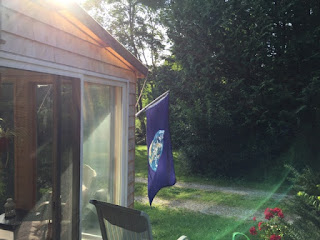 This is our matins and lauds.

This is our landscape of hope.

Dear holiness and compassionate wisdom -- help us be one-with you!

maybe hope is all we have

the right to assassinate citizens

It is a killing time.

Do we understand the fulcrum at hand?

The world is a curious place.

Nineteen people were killed and 25 wounded after an attack by a knife-wielding man at a facility for the disabled in central Japan early on Tuesday, a government official said, in Japan’s worst mass killing in decades.

Police have arrested Satoshi Uematsu, a 26-year-old former employee at the facility in Sagamihara, Kanagawa Prefecture, about 25 miles southwest of Tokyo, a Kanagawa prefecture official said. Uematsu had turned himself in, the official told a news conference carried on public broadcaster NHK.                      http://www.nytimes.com/2016/07/27/world/asia/japan-knife-attack-disabled.html?hp&action=click&pgtype=Homepage&clickSource=story-heading&module=second-column-region&region=top-news&WT.nav=top-news

We don't need affiliation with a marque angry organization to commit murder. All that is needed is a mind with a thought that a certain action will satisfy the need for reprisal for some real or imagined slight or injustice.
We mourn those killed. We mourn the thought that spurred the killings.
So many incidents of shootings, bombings, drone attacks, domestic abuse, drunk driving deaths, war, and war, and other wars.

The World Is Too Much With Us

The world is too much with us; late and soon,
Getting and spending, we lay waste our powers;—
Little we see in Nature that is ours;
We have given our hearts away, a sordid boon!
This Sea that bares her bosom to the moon;
The winds that will be howling at all hours,
And are up-gathered now like sleeping flowers;
For this, for everything, we are out of tune;
It moves us not. Great God! I’d rather be
A Pagan suckled in a creed outworn;
So might I, standing on this pleasant lea,
Have glimpses that would make me less forlorn;
Have sight of Proteus rising from the sea;
Or hear old Triton blow his wreathèd horn.

All of which raises wonder about where those dead have gone. And if, as some suggest, it is a better place.
I have a thought. What if no one goes anywhere? What if there is no other place to go? What if we are either visible or invisible, appeared or disappeared?

The visible world, by its very wording, suggests an invisible world. Some speak of other dimensions. Same so-called space, different depth dimension and specification of variant computations of physics.

I don't know about what looms invisible. I do know that death is omnivalent.
I look forward to coffee and toast, yogurt, cereal, and chocolate milk.
I opt for the ordinary and everyday.

We've got to understand and critique the force of corporate power.

It is a curious time.

Posted by meetingbrook at 7:49 AM

an inquiring inviting what is here to be here

And that the awaring of what is occurring contributes to and effects transformation, Sitz im Leben, of a kind of consecration not unlike the traditional church notion of transubstantion or consubstantiation?

Once it was thought that one thing became another thing, namely, bread and wine changed into the body and blood of Jesus the Christ.

Today we consider a different articulation, one that views not something changing into something else, but the thing itself becoming what it actually is, becoming itself. 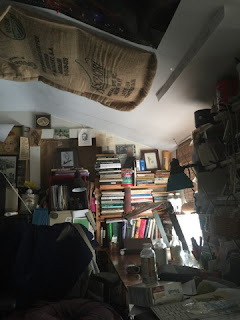 We question what is appearing before us, asking, "what is this?" From this inquiry begins a dialogue, a speaking through one another, asking into the appearance so as to have revealed what it really is. This now trialogue involves a seeming three, (you, the other, the real), is an inquiry inviting new seeing. This new seeing entails dropping off mind and body, that is, releasing the rational and experienced separation of me from the other, the categories of distinction and difference which push apart then evaluate according to a hierarchy of imposed value and meaning. 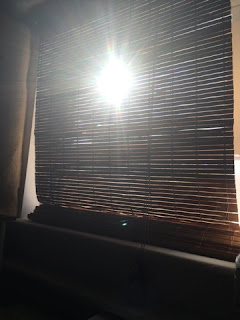 The invitation/inquiry is my morning practice.

I need nothing else to explain what is no other.

Silence and stillness, watching and listening, one step at a time.
Posted by meetingbrook at 7:51 AM

In conversations last few days some observations and tentative definitions about God, Christ, you and me.

Perhaps there is a difference between accepting reality and awaring reality.

So too, what of the shift from accepting Christ to awaring Christ?
Posted by meetingbrook at 8:35 PM