Two of us at morning practice. Later, three cars pull in dooryard. A forth even later with two folks who will be married visiting to discuss the order of the ceremony.
They will say 'yes' to relatedness.

What the dharma brings us, what it teaches us, very essentially, is to be pure, authentic, and natural. The first and most important thing is pure motivation. There’s a famous story about a hermit long ago in Tibet called Geshe Ben. He was in retreat, and one day he heard that his sponsors, who were financing his retreat, were coming to visit him. So he cleaned his room, arranged the shrine very neatly, set out all the offerings perfectly, and then sat and waited for his sponsors to arrive. Suddenly, just before they arrived, he reflected on his motivation and said to himself, “What am I doing? This is all fake. I’m just hoping to create a good impression, that’s all!” He snatched a handful of ash from the stove by his side and flung it all over the shrine and the offerings. A great master called Padampa Sangye who heard about this called it “the greatest offering in the whole of Tibet.”
-Sogyal Rinpoche

My practice is to allow what is moving through to move through. 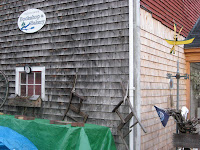 Some day I'll pick up the mess in my room.
Even if not, there's no order of benefit in pretending to be what we are.
God does not will things to happen; but what happens is the longing of God for compassionate response.
Posted by meetingbrook at 10:30 PM

Peter brought in David Hawkins' Power vs Force and said some things about kinesiology. Joseph brought in the book he was reading, The First Circle, by Aleksandr Solzhenitsyn. Patrick talked about the Abnormal Psychology course he was taking and the notions of deviance, distress, dysfunction, and danger. Joe spoke about ekpyrosis (but he inferred palingenisis). Ryan referenced Therese Huston's Teaching What You Don't Know and felt that perseverance was the hallmark of a good teacher, not necessarily insight or dazzling skill.

It was a good morning in prison. The conversation was afire with chapter 29 of the Tao Te Ching, the noble and eightfold teachings of the Buddha, and, finally, Merwin's poem, "Thanks." We managed to laugh and learn by respectful deliberation.

We're surrounded by our source and we surround our origin.

We read Dale's aunt's poem "I Remember" about the horse sled with bells taking uncle away for winter then bringing him back from logging camp for spring. Ricky joined us between sit-ups and running the treadmill.

Prison was a kindly place today.

There is no match for the longing of minds to see through their lives.
Posted by meetingbrook at 11:18 PM

No bugs yet. Morning walks along trails on Ragged Mountain with Rokpa are kindly and tiring. Trees listen. Mud constricts with sodden leaves.
In seven and a half hours hiking over the last four days I have met no one and passed no one. Where have I been?

Who isn't happy when it rains during drought?
Everyone washes off the dirt.
Every leaf of grass opens its eyes and dances,
Every flower drinks and is refreshed.
Farmers in raincoats are busy in the fields,
Herb-gatherers have no time to rest.
Watching this natural course of events,
I marvel at the innocence of the universe.
- Naong Haegun (1320-1376)

I have gone missing.

In class last night someone asked why I watch things like the 2007 strafing killing in New Baghdad if such sights are so upsetting.

No reason. Only feeling.

Not to allow this horror to be seen is to pretend the world is a disjointed and fragmentary compilation of dissociated and unrelated shards of something broken that we cannot remember whole.

Listen
with the night falling we are saying thank you
we are stopping on the bridges to bow for the railings
we are running out of the glass rooms
with our mouths full of food to look at the sky
and say thank you
we are standing by the water looking out
in different directions.

dark though it is

It's not that the world is what you say it is. Rather, the world is re-created with the word or words coming forth into it from and through you.

It's why we pray. Prayer is not "spin" trying to refashion a story so as to get the best interpretation from it. Prayer is the origin of reality reaching through silence and words to reveal its true nature to the seeker longing to see what is truly the core of this existence.

We pray to be the origin of the world -- not to correct the wrongs, but to be what is right as it passes through us from the invisible to the visible. 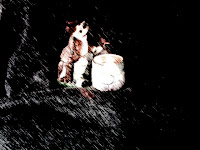 Like railroad track crossings at countryside roads the imperative to stop, look, and listen suggests that something might be coming, that it's been there, and the rails are both remnant and promise. Ours is to act on the evidence. Ours, to cross over to the other side.

What is on the other side?

What is on this side?

What is anything I do?

Perhaps it is what is longing to be authentically encountered, engaged, and energized with what is itself Encounter, Engagement, and Energy.

Once, we called this 'God.'

We call it to and through itself to be what it is within and through us. And the world. And each person, place, living-thing, and being-presence.

If we become what we know...

If we actually were to be what we are...

If we find the origin of the world and dwell as this origin...
Posted by meetingbrook at 11:07 AM

White Border Collie with black spots runs alongside and ahead.

My body is like an illusory flower:
No way to touch it;
The window and the moon of its six windows
Contain clear emptiness.
It looks like something
In the midst of nothingness,
But its four walls are beautiful,
I stay there for a moment.
- Naong Haegun (1320-1376)

Hard to say what reality will endure.

Only the mountain walking.

Only the mountain walking feels like prayer.
Making zazen before Pascal candle and Tibetan incense a quiet mediation meditation.
Posted by meetingbrook at 9:02 PM

Watching video from 2007 during Iraq war, 30mm cannon fire killing between 12 and 18 people, is not the Easter Monday activity I would prefer to write about. The 17 minutes sicken.

5th April 2010 10:44 EST WikiLeaks has released a classified US military video depicting the indiscriminate slaying of over a dozen people in the Iraqi suburb of New Baghdad -- including two Reuters news staff.

Reuters has been trying to obtain the video through the Freedom of Information Act, without success since the time of the attack. The video, shot from an Apache helicopter gun-site, clearly shows the unprovoked slaying of a wounded Reuters employee and his rescuers. Two young children involved in the rescue were also seriously wounded.
(Collateral Murder. http://www.huffingtonpost.com/2010/04/05/wikileaks-exposes-video-o_n_525569.html)

I would rather write about light and hope and emancipation and unity and consciousness of what is beyond the veil of ignorance.

But war with its ugliness was inserted into the mix. I stopped to look. I saw the arrogance of fear and exuberance for destruction firing death and suffering into the bodies of men and children.

Christ rises. Citizens are murdered. Cruelty is what war is.

Through the bottomless mercy of our God,
one born on high will visit us
to give light to those who walk in darkness,
who live in the shadow of death;
to lead our feet in the path of peace.
(--from Benedictus, morning prayer)

Don't watch the video.
If you do, you'll be changed.

Don't think about Resurrection.
If you do, you'll change the world.
Posted by meetingbrook at 8:56 PM 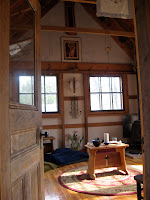 "Come, all you who are thirsty,
come to the waters;
and you who have no money,
come, buy and eat!
Come, buy wine and milk
without money and without cost.
Why spend money on what is not bread,
and your labor on what does not satisfy?
Listen, listen to me, and eat what is good,
and your soul will delight in the richest of fare. 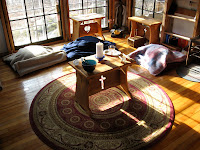 As the rain and the snow
come down from heaven,
and do not return to it
without watering the earth
and making it bud and flourish,
so that it yields seed for the sower and bread for the eater,
so is my word that goes out from my mouth:
It will not return to me empty,
but will accomplish what I desire
and achieve the purpose for which I sent it.
(from Isaiah 55) 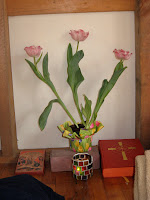 That the yielding
Conquers the resistant
And the soft
Conquers the hard
Is a fact known by all people,
Yet utilized by none. 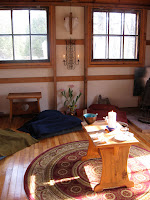 You will go out in joy
and be led forth in peace;
the mountains and hills
will burst into song before you,
and all the trees of the field
will clap their hands. 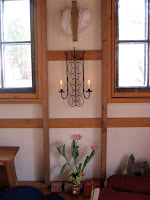 We begin in the dark.
Slowly, comes dawn.
Awaking birds. 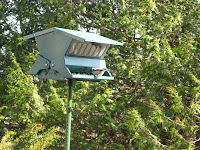 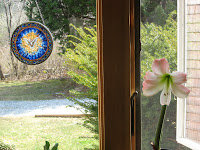 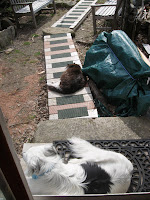 We wish all the joy and liberation of a new beginning!
Posted by meetingbrook at 9:29 AM