as others are made to suffer

War is where young men go insane with the awful things their country asks them to do.
Their country receives them back.
But they seldom come home.
Who they were is left in battle zones.
Like unburied dead wandering in haze of terrible tasks done in name of duty and freedom.
They suffer.
As others are made to suffer.
Posted by meetingbrook at 11:48 PM

There's something about the ritual of condolence with the Seneca and Mohawk and the Iroquois confederation.

just pesky bugs walking up past yurt with dog this morning

In disturbing nightmares last few nights I heard a series of eulogies for USA.

This morning I look out window. 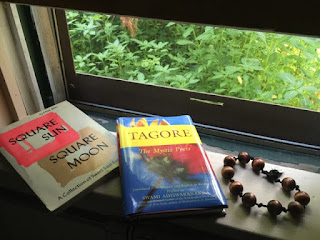 don’t make me go there


STEER YOUR WAY
By Leonard Cohen

Steer your heart past the Truth you believed in yesterdaySuch as Fundamental Goodness and the Wisdom of the WaySteer your heart, precious heart, past the women whom you bought Year by yearMonth by month Day by dayThought by thought

Steer your path through the pain that is far more real than youThat has smashed the Cosmic Model, that has blinded every View And please don’t make me go there, though there be a God or notYear by yearMonth by month Day by day Thought by thought

They whisper still, the injured stones, the blunted mountains weepAs he died to make men holy, let us die to make things cheapAnd say the Mea Culpa, which you’ve gradually forgot Year by year Month by month Day by day Thought by thought

Steer your way, O my heart, though I have no right to ask To the one who was never never equal to the task Who knows he’s been convicted, who knows he will be shotYear by year Month by month Day by day Thought by thought.

In this time of addled and idiotic commentary on social/political burlesque, it is refreshing that there are poets to frame what is revealing itself to our imagination with eluctable possibility. We can struggle out of the increasing absurdity of contemporary personal and corporate culture, (which seem ineluctable).


--An old man held against his will four years in motel room for his monthly pension/social security.
--A man with hands up, prone on ground, explaining he is caring for an autistic man sitting beside him holding a toy truck who left his group home, is shot in leg by police who fire three shots at him while on ground, then handcuffed, left on side as his wound bled..
--The kabuki political theater of grimace and snarl, smirking and posturing, asking to lead a country that is fragile and vulnerable and a little bit crazed.

It is not easy to steer between militaristic police, nascent racism, and opportunistic unfeeling greed.

Besides that, it is July, temperature is hot, and full moon slowly wanes.

It feels like everything is collapsing. Cosmos, culture, personality.

I forget how to pray.

I’ll go look at rowboat to try to see how to stop leak.

Posted by meetingbrook at 4:19 PM 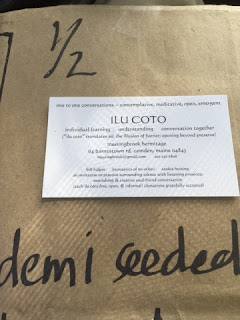 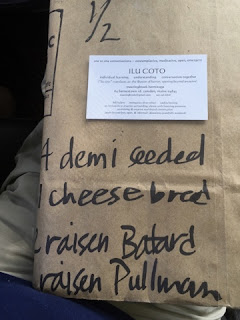 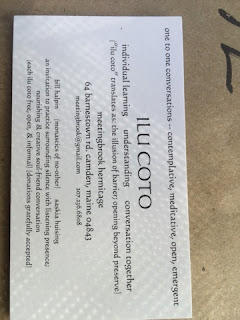 Posted by meetingbrook at 11:25 AM

Truth be told, shadows surreptitiously accompany us in this shadow world of appearance and concealment. 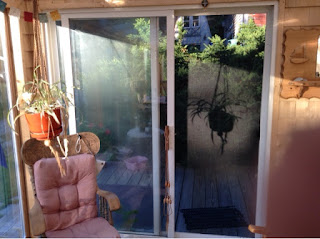 Morning sun behind post. Mourning sense behind ordinary actions. It is a benefit we can mask what we feel. 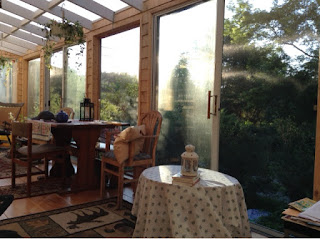 Like local theater company performance we pretend to the lives of others by reciting lines and crossing stage with convincing approximation. What is he to Hecuba? And what accounts for the fascination with motion picture films and tv dramas and so-called reality shows?

In Cleveland focus moves from basketball championship to republican convention. Millionaires run and jump, throw passes and hack one another, feint and feign, stuff and finesse while those watching are unsure whether what they see is real or fake. Politics is a professional sport. We seem to like following celebrity.

We are unsure if what we see is what is there. Nor do we know where things go when they go away. 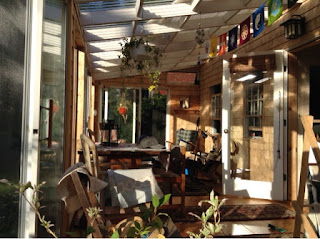 "It’s outside the nature of both my personality and my faith to speak much about myself. I don’t think people are truly capable of knowing exactly who they are, and that, myself included, any attempt to define this “I” approaches arrogance. Our hearts and minds change from moment to moment, just as the clouds shift in the evening sky as the sun goes down. Who are we to think we have grasped the true nature of our souls? The Buddha-mind within us will not be constrained by the limits of language."     —Abbess Fushimi, "Shedding Light"

In the Magnificat the first line says, "My soul magnifies the Lord, and my spirit rejoices in God my savior." (Luke 1:46)  Perhaps we are real to the extent (as P. suggested in prison) we allow the "Lord" or one true reality, the so-called "Soul Itself" to enter and reside within what we call "me" or "our life."

Perhaps the soul is no thing and the Soul is nothing there. Rather the Soul is What Is, and to the extent we open to this one true reality, we come to be, we are. The soulless are absent. The soul-full (yes, the soulful) are here, present.

It is the dialectic of presence and absence, real and unreal, genuine value and dreck. 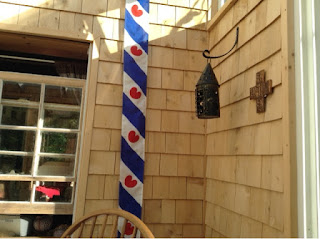 We are a people of windows -- looking through, light seen through -- giving rise to the feeling of hope that what is seen might be approached.

Perhaps "our" soul does make visible the truth of what is hidden in our midst. So we listen. We sniff out fragrance. We hope to pick up muffins from Chase's Daily in Belfast on our way to Milo and Old Town.

What are we seeing?
Posted by meetingbrook at 6:11 AM

Q. Are you enlightened 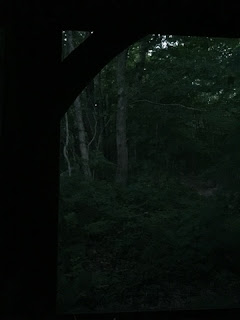 Posted by meetingbrook at 8:20 PM

what is it we are listening for

What does it mean to love God? 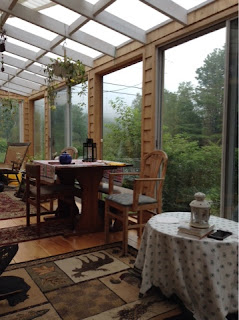 It means morning arrives and saying thank you. To morning. Which is God, the God outside scripture and tradition.

It means sun beginning to burn through fog. It is fog that is God. And is taken into sunlight as what is there is taken into eyes and brain and interpretative recognition as morning fog and blinding breakthrough of star/sun 92.96 million miles away, and into which 1.3 million earths would fit.

In Baton Rouge more violence. Guns and bullets discharged. These past 2 weeks, civilians and police officers both shot and killed. Nobody seems to notice a common thread. We are killing one another.

Last night at Sunday Evening Practice we read Toni Packer on meditative inquiry. Saskia told story of great nephew and visiting Austrian cousin, both 6 yrs old, used her to speak with each other. They used her, she said, to "go through" in order to traverse the English/German language difference. 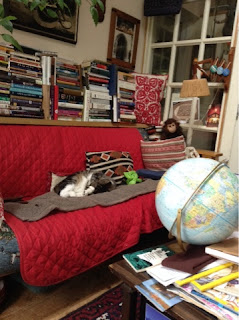 The earth sits on table. Cat curls on couch. Books hold words above earth and cat.

The Black preacher/scholar is on Democracy Now speaking about truth and justice. He tells how he agrees with the Green Party candidate. He wants to steer away from neofascist and neoliberal other two candidates.

We are a species of disagreement. We are a reluctant community. We are only beginning to learn how to go through difference without having to kill the different. We are just beginning to learn how to pronounce the syllables of our molecular dna and elemental transfusive emergent Word that creates itself in the movement from dark vacuity to bright appearance. This journey is an ever turning dance spinning through silence toward eloquence.

I love the going through.

I long for the ability to hear and pronounce the emerging sound of what is real, what is true, what is loving.

Until that is embodied and revealed., there is , the black scholar might suggest, John Coltrane to ease us through.
1964 - John Coltrane - A Love Supreme - YouTube

Rowboat lists and I am listless
As it rains on Sunday morning.
Posted by meetingbrook at 7:13 AM