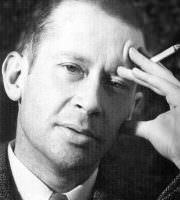 my mind isa big hunk of irrevocable nothing which touch and taste and smelland hearing and sight keep hitting and chipping with sharp fataltoolsin an agony of sensual chisels i perform squirms of chrome and ex-ecute strides of cobaltnevertheless ifeel that i cleverly am being altered that i slightly am becomingsomething a little different, in factmyselfHereupon helpless i utter lilac shrieks and scarlet bellowings.

karma at it's best, (she writes), a response

Then there’s this response to opinion piece in The New York Times from:

I would be hypocrite if I said I wished Trump and his wife a speedy recovery. Quite frankly, I see this situation as karma at it's best. Trump, though various regressive and inhumane policies, has put so many people in danger and at risk and not just from Covid. He has never, in any of his self-promoting appearance, expressed sympathy for the many people who have died from Covid in the U.S. While he cannot be held personally responsible for the havoc the virus itself has wreaked, he has not done much to help the situation. He has set a poor example by dismissing the seriousness of the virus and supporting bizarre conspiracy theories around it. While other people are still waiting to be tested or can't afford to be tested or cared for, he and his cronies got daily testing and can well afford the medical care needed to get through it. He cares for no one but himself and his quest to stay in power. So I will shed no tears for him.

the presence of spirits and the angels

A pious belief? Or something beyond our perception and understanding?

From The Physics of Angels:

"RUPERT: Do you think there are practical ways of making friends with the angels? For example, in various Jewish ceremonies there are invocations of the archangels Michael, Uriel, Raphael, and Gabriel as the guardians of the four directions. And Christians in the Catholic tradition have a particular opportunity to make friends with the angels at Michaelmas, the feast of St. Michael and All Angels, on 29 September. Do you think there are things we can do apart from being more open to God, and the spirit of truth and justice, specifically to invoke the angels?

"MATTHEW: Yes, there are rituals and invocations that are present already in church traditions, and some that have to be resurrected. And we need new rituals to invoke angels; I think that these will come as we allow our minds to wander more into the living cosmos. Technology could play a great role in helping us envision the angels — for example, the wonderful photographs we now have of stars being born and galaxies spiraling. But I don't think we should underestimate the path of the struggle for justice and truthfulness. This is about inner work. Certainly truthfulness is. Hildegard is saying that where there is inner work, it does indeed open the communication with angels.

"The same is true in struggling for justice. Remember that angels often visit people in prison. St. Peter was liberated from prison by an angel. Sometimes I think that Gandhi and Martin Luther King, Jr., and other great souls that have spent time in prison have found angelic support there.

"So the struggle for justice is not an abstraction. It's a way of learning and a way of opening the heart. I know one Catholic sister, for example, a very fine and holy woman, who tells me her greatest mystical experience is being taken away in the paddy wagon by police when she protests at military bases and nuclear power plants — that is when she most feels the presence of spirits and the angels.

"So the struggle for justice is a path that opens our hearts up and allows angels to rush in. The struggle, certainly around ecological issues, is going to get more intense in our lifetime, and we need to see these struggles as rituals. And angels come to healthy and authentic rituals.

"RUPERT: That's an exciting prospect, the struggle for justice and the struggle for a new relationship with the environment taking place in alliance with the angels and with their help. It gives it a bigger dimension. It is an empowering thought, because otherwise it's just a handful of people fighting against huge vested interests and economic and political powers. We need all the help we can get.

"MATTHEW: And surely then guardian angels of children must be awfully interested in the ecological crisis. The children's future depends on a healthy planet."

That we are not alone, in ways we cannot even fathom.

German mathematical physicist and philosopher Werner Heisenberg’s words were these:

And, finally, the nursery rhyme:

All the stars, planets and galaxies that can be seen today make up just 4 percent of the universe. The other 96 percent is made of stuff astronomers can't see, detect or even comprehend.

These mysterious substances are called dark energy and dark matter. Astronomers infer their existence based on their gravitational influence on what little bits of the universe can be seen, but dark matter and energy themselves continue to elude all detection.

"The overwhelming majority of the universe is: who knows?" explains science writer Richard Panek,... "It's unknown for now, and possibly forever."

We continue to be uncertain whether to look at the finger pointing to the moon, or look to the moon itself.

What we are capable of is the looking.

A small flower in

Perhaps poetry best captures the sad and chilling experience of listening to and watching the president of the United States in the debate last night.

No place at last is better than the world. The world

is no better than its places. Its places at last

continue in them. When the people make

dark the light within them, the world darkens.

(—from A Poem On Hope, by Wendell Berry)

Berry began his poem with the line: “It is hard to have hope. It is harder as you grow old”.

Posted by meetingbrook at 6:00 AM

as you walk here to there

The "els" have it today:

They are recounted as spiritual, non-corporeal beings -- immaterial, individual, and immortal.

Hard for we mortal, material, time-grasped beings to acquaint.

When I walk in cemeteries there are frequent depictions of angels about. It is an aspect of mysterious belief not easy to ground.

"Cemeteries are the only definitively calm places around." (, The School of Life, )

Q: Why are there walls and gates around cemeteries?

A: Because people are dying to get in.

I wish you likeness, strength, and healing today, along with associated peace, as you walk here to there.

Posted by meetingbrook at 11:01 AM

the future is now

Looking at the past

What is here is the

Just because you are depressed doesn’t mean there’s anything wrong with you.

What’s right with you is that you feel. Which becomes a burden.

Those who don’t feel are not depressed because they don’t care.

To care you have to feel.

If you don’t care, everything is just fine.

Don’t vote for someone who can’t be bothered.

Posted by meetingbrook at 3:23 PM

“G’mar chatima tova” is the customary greeting on Yom Kippur. In English, it means “May you be sealed in the Book of Life.”

It is Yom Kippur

[T]he central theme of the High Holiday season is teshuvah (תְּשׁוּבָה), a word often translated as "repentance," though it's more accurately understood as turning (shuv) to God in response to His call. Indeed, teshuvah can mean both these things: turning and answering... A related Hebrew word is nacham (נָחַם), which literally means to "sigh" as a way of expressing regret or sorrow, usually in response to something in the past. Sometimes nacham is used to express the idea of comfort, in the sense of consolation for something lost.  The ancient Greek translation of the Bible (i.e., LXX and NT) generally used the word strepho (στρέφω) for the word shuv, and the word metanoia (μετάνοια) for nacham.

Please don’t tax your conscience, mr president, it’s so costly to be bothered by other people’s problems.

a workshop to ponder 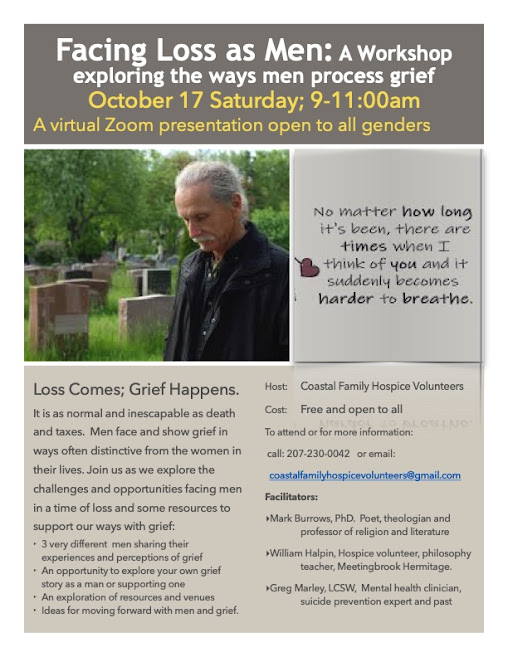 So much concerns a

Posted by meetingbrook at 11:31 AM