Note: The bookshop/bakery will be closed for the weekend -- Fri, Sat, Sun
Also: There will be no Sunday Evening Practice
....
We're off to meet and (hopefully) return with a new hermitage resident -- a sweet Border Collie from a rescue farm in New York State.
Meetingbrook Dogen and Francis Hermitage is delighted to note that this puppy was born on the feast of Francis of Assisi (4 Oct 07). (Just one more sign!)

Not much better than caring for someone, something, somewhere. The straight ahead caring. Nothing sideways about it.

The universal spiritual quest
Suppose we use a traveling metaphor for the universal spiritual quest. The main map the Buddha offered for the trip to happiness and contentment is called the Eightfold Path, but I have often thought it should be called the Eightfold Circle. A path goes from here to there, and the nearer you are to there, the farther you are from here. A path is progressive on a genuine path you would need to start at the beginning and proceed in a linear way until the end. With a circle, you can join in anywhere, and its the same circle.

When the Buddha taught his path, he said it had a specific number of constituent parts; people could be sure they were going the right way if they saw any one of eight special markers. The order in which the traveler sees the signs doesn't matter. If we look at any sign closely, it becomes apparent that each one has all of the others hidden inside it. Even a tiny bit of Right Understanding, the suspicion that it is possible to be contented even when we aren't pleased, arouses Right Aspiration to make a lot of Right Effort to develop more Right Understanding its all connected.
(- Sylvia Boorstein, Its Easier Than You Think, from Everyday Mind, edited by Jean Smith, a Tricycle book) 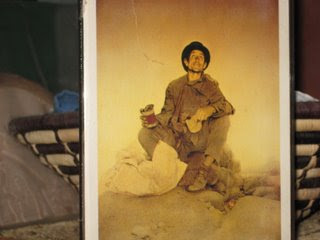 To care is to be with another in everydayness.

Sitting at dawn in front room. Comes mountain across road. Bit by bit of light revealing what came through night.

That night staying at a Buddhist temple,
I climbed to the highest room,
The brilliance of stars and moon
Obscured by the clouds,
Gibbons cried, the bell toned
I was oblivious to dawn
Until gradually brightening,
A cold winter sun rose in the East.
- Han Yu (805) 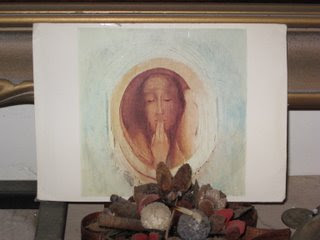 Something begins to slip away from me.

Returns infinite being to itself.
Posted by meetingbrook at 11:53 PM

And she abides as well.

We can't aways be certain about what happens. 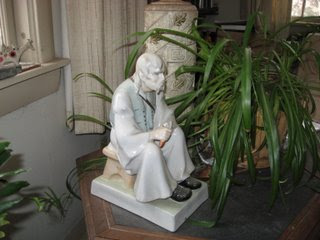 We can, however look. Look carefully.

The man who jumped from the highway bridge one afternoon
who drove his car along in rush hour traffic
then carefully pulled it over, fussed with something briefly on the dash,
so casually that another driver passing
thought he was looking for a map, or a cassette tape,
that had slid during the last turn before the bridge — that's all —
and then stepped out of the car, standing, stretching,
and closing the door routinely, a man in need of a break
on a long drive, a man untroubled by his next appointment,
a man who felt himself growing tired and thought
he needed some air, looked up the highway once
and then down at the almost frozen rows of traffic
under the haze that lingered above the bridge
and then broke simply and suddenly into a run, a dead run,
one motorist called it, crossing in front of his car
and not even stopping at the railing between the bridge
and the empty space beside the bridge, entering that space
and opening his mouth in what one driver called a scream,
though she heard no sound above the drone of traffic, and
other drivers saw as a gasp for breath, not unlike a child takes
when diving into a backyard pool, and he executed then
a nearly perfect, if a little rushed, swan dive out across the space
next to the bridge and into the water ninety-five feet below.

One fisherman in a boat a little upstream
saw the man who jumped from the highway bridge,
the moment he left the bridge and entered his dive, and the fisherman
swore he saw not a man but a large bird, a falcon or an eagle,
shot mid-flight by an angry driver, a large bird
who was trying to regain some sense of beauty, some sense of flight,
in its final dying seconds
(Poem: "Beauty or Flight" by Denver Butson from Triptych. The Commoner Press, 1999.)
So much depends on where we are what we see.
Posted by meetingbrook at 9:32 AM

A good job is hard to find.

Right Livelihood
There are two criteria for right livelihood. First, it should not be necessary to break the five precepts in ones work, since doing so obviously causes harm to others. But further, one should not do anything that encourages other people to break the precepts, since this will also cause harm. Neither directly or indirectly should our means of livelihood involve injury to other beings. Thus any livelihood that requires killing, whether of human beings or of animals, is clearly not right livelihood. Selling liquor or other drugs may be very profitable, but even if one abstains from them oneself, the act of selling encourages others to use intoxicants and thereby harm themselves. Operating a gambling casino may be very lucrative, but all who come there to gamble cause themselves harm. Selling poisons or weapons arms, ammunition, bombs, missiles is good business, but it injures the peace and harmony of multitudes. None of these is right livelihood.

Even though a type of work may not actually harm others, if it is performed with the intention that others should be harmed, it is not right livelihood. The doctor who hopes for an epidemic and the trader who hopes for a famine are not practicing right livelihood.
(- S.N. Goenka, The Art of Living, from Everyday Mind, edited by Jean Smith, a Tricycle book)

There are so few jobs left that avoid wrong-livelihood.

Not many small huts in view,
Only three or four to be seen
Frosted trees dance in the sparse woods,
Showing sudden touches of color.
White clouds lie protectively
Over the closed brushwood gate;
The man out seeking the magic fungus
Has not yet returned.
- Toko Shin-etsu (1639-1696) 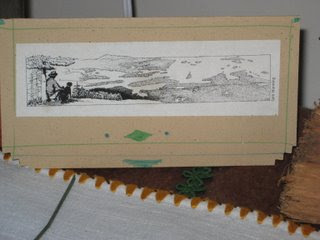 I hope we all get home alright.
Posted by meetingbrook at 11:31 PM

Something has existed before
Heaven and earth;
Shapeless and silent
In its origin,
Yet the master of every
Image and form,
It can never wither
With the passing of time.
- Bankei (1622-1693)

Four students from Unity College at Sunday Evening Practice join six others in reading some words about nothing:

For me, meditation is a haven away from the ubiquitous world of self-improvement. It’s not just that there’s no such thing as “bad” meditation, but there’s no such thing as “good” meditation either. It is what it is. So when I hear words like “effort” and “discipline” and phrases like “deepening one’s practice” and “advancing along the spiritual path” spoken in the same breath as the word “meditation,” I wince. Just sitting (shikantaza)—doing and wanting nothing, breath coming and going unbidden, eyes seeing, ears hearing—in this effortless state, thoughts flurry like falling leaves.
(--January 31, 2008, ON THE CUSHION: The Myth of the Experienced Meditator, by Barry Evans, Tricycle Magazine)

Elsewhere, an 85yr old woman with viral infection has the family talking. Like chess players back from long vacation, their attention refocuses on the pieces scattered on table that must move or be lost. 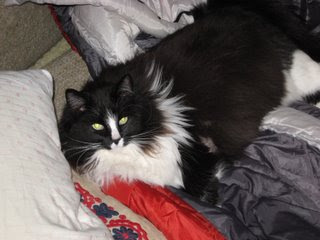 But the cat is feeling better.
Posted by meetingbrook at 9:11 PM