Going on
Posted by meetingbrook at 11:34 PM

I'm glad the trial is over. Now I can practice zazen without wondering if the floor is going to cave in.

It already has.
Posted by meetingbrook at 2:30 PM

Pádraig Ó Tuama: “So let us pick up the stones over which we stumble, friends, and build altars. Let us listen to the sound of breath in our bodies. Let us listen to the sounds of our own voices, of our own names, of our own fears. Let’s claw ourselves out from the graves we’ve dug. Let’s lick the earth from our fingers. Let us look up and out and around. The world is big and wide and wild and wonderful and wicked, and our lives are murky, magnificent, malleable, and full of meaning. Oremus. Let us pray.”

(—from On Being, A New Imagination of Prayer)
Posted by meetingbrook at 7:23 AM

“The beginning of love is the will to let those we love be perfectly themselves, the resolution not to twist them to fit our own image. If in loving them we do not love what they are, but only their potential likeness to ourselves, then we do not love them: we only love the reflection of ourselves we find in them”
(—Thomas Merton, No Man Is An Island)

This Friday Kierkegaard assesses the subject of the senate trial as well as the pretend justice it promulgates.

How do you vote?
Posted by meetingbrook at 10:07 PM

when immediacy is ripe


Kierkegaard says, "Infinite resignation is the last stage before faith, so anyone who has not made this movement does not have faith, for only in infinite resignation does an individual become conscious of his eternal validity, and only then can one speak of grasping existence by virtue of faith."[6] He spoke about this kind of consciousness in an earlier book. "There comes a moment in a person's life when immediacy is ripe, so to speak, and when the spirit requires a higher form, when it wants to lay hold of itself as spirit. As immediate spirit, a person is bound up with all the earthly life, and now spirit wants to gather itself together out of this dispersion, so to speak, and to transfigure itself in itself; the personality wants to become conscious in its eternal validity. If this does not happen, if the movement is halted, if it is repressed, then depression sets in."[7] Once Abraham became conscious of his eternal validity he arrived at the door of faith and acted according to his faith. In this action he became a knight of faith.[8] In other words, one must give up all his or her earthly possessions in infinite resignation and must also be willing to give up whatever it is that he or she loves more than God.[9](—Fear and Trembling, from Wikipedia)

The senate trial draws down. Many follow an amoral arrogant anomaly, affecting cringe servile fear of his wrath. No worry about courage, facts, or truth.

three am, i am

The hour of prayer

When night turns into morning

Where death and birth pause

Bowing to life
Posted by meetingbrook at 3:10 AM

We American plebeians.
Posted by meetingbrook at 9:39 PM 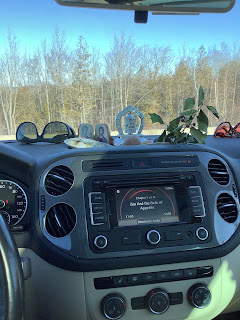 Whatever the senate does, truth is on trial.

Irony: if truth is convicted, it dies. If truth is without conviction, it dies.

Either way, we say goodbye to truth.

We begin to live without truth.

Any opinion is as good as any other.

a monk
Posted by meetingbrook at 3:14 PM

within them
Posted by meetingbrook at 3:08 PM

A basketball legend dies in helicopter crash along with 8 others outside Los Angeles. Everyone is reminded how fragile the calculus of being here being gone.

In hospice house a few days ago a 14 month old boy passed. When I got there the hospice nurse cried telling me.

John Bolton, torn between selling his book and telling the truth about a powerful man on trial, releases information that, in a fair trial, would severely compromise the defense.

The president threatens every and anyone daring to express their recollection of the Ukraine aid holdback in order to get dirt on his domestic political rival.

The trial continues today. Senators will be choosing either to muffle witnesses and documents or to hear and see them. The fate of so much in the country depends on how this week goes.

Will we stifle justice and fairness? Will the foundation of our democracy crack further and precariously teeter on edge of destruction?

to learn and change

I remember the zen point of view that astounds in its simplicity. If you want to know the truth, it says, simply drop all your opinions.

—a belief or judgment that rests on grounds insufficient to produce complete certainty ( dictionary.com)

What we know, we are. What we don’t know, we guess.

We are looking into things.

As beings that look into things we are necessary companions to one another. Why? Because it is difficult to  see what is not apparent to our senses.

What is behind us, physically or psychologically, is not readily apparent. What is before us, metaphorically, is also difficult to see. And what is within us, let’s say spiritually, is mostly cloaked from view.

Guides, friends, companions, counselors, therapists, others (whether we perceive that as for us or against us), as well as all of being in creation as mirrors of our impermanence, non-self, and ignorance, all assist this coming-to-be and passing-away we like to call this world and our life.

What do we know? Or, better, what do we feel?

What if the answer is — everything —?

We are all of it, all at once, all in one place.

No one can grasp that.

Or, more to the point, would we even want to?

What would be “our life” if we suddenly realized that all of it —the whole cosmos, all of creation, every particle of nature, the completely invisible and visible universe, every person across the planet, every creature, every thought, every feeling — is what we are, is what I am?

And what would be there if you and I dropped any opinion we had?

I am looking into things.

Things are looking through me.

The whisper of Wittgenstein is heard:


“Whereof one cannot speak, thereof one must be silent.” (Tractatus Logico-Philossophicus)

We’re out on a ladder here.


“The right method of philosophy would be this. To say nothing except what can be said, i.e. the propositions of natural science, i.e. something that has nothing to do with philosophy: and then always, when someone else wished to say something metaphysical, to demonstrate to him that he had given no meaning to certain signs in his propositions. This method would be unsatisfying to the other - he would not have the feeling that we were teaching him philosophy - but it would be the only strictly correct method. My propositions are elucidatory in this way: he who understands me finally recognizes them as senseless, when he has climbed out through them, on them, over them. (He must so to speak throw away the ladder, after he has climbed up on it.) He must surmount these propositions; then he sees the world rightly. Whereof one cannot speak, thereof one must be silent.”
― Ludwig Wittgenstein, Tractatus Logico-Philosophicus

There is so much. To learn.

So much about change.

So much to manifest.
Posted by meetingbrook at 6:57 AM