To repose also means to remain still or concealed.

Like the depths of consciousness. Or sacramental presence . Or Buddha mind. Or the mind of Christ. 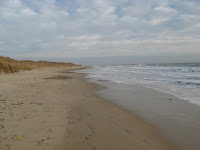 O eternal Truth, true Love, and beloved Eternity, you are my God, and for you I sigh day and night. As I first began to know you, you lifted me up and showed me that, while that which I might see exists indeed, I was not yet capable of seeing it. Your rays beamed intensely on me, beating back my feeble gaze, and I trembled with love and dread. I knew myself to be far away from you in a region of unlikeness, and I seemed to hear your voice from on high: “I am the food of the mature: grow, then, and you shall eat me. You will not change me into yourself like bodily food; but you will be changed into me”.
Accordingly I looked for a way to gain the strength I needed to enjoy you, but I did not find it until I embraced the mediator between God and man, the man Christ Jesus, who is also God, supreme over all things and blessed for ever. He called out, proclaiming I am the Way and Truth and the Life, nor had I known him as the food which, though I was not yet strong enough to eat it, he had mingled with our flesh, for the Word became flesh so that your Wisdom, through whom you created all things, might become for us the milk adapted to our infancy.
Late have I loved you, Beauty so ancient and so new, late have I loved you!
Lo, you were within,
but I outside, seeking there for you,
and upon the shapely things you have made
I rushed headlong – I, misshapen.
You were with me, but I was not with you.
They held me back far from you,
those things which would have no being,
were they not in you.
You called, shouted, broke through my deafness;
you flared, blazed, banished my blindness;
you lavished your fragrance, I gasped; and now I pant for you;
I tasted you, and now I hunger and thirst;
you touched me, and I burned for your peace.
(--from, The Confessions of Saint Augustine, bishop)

This prospect that we are surface dwellers -- cheers. I'm pleased to consider my ignorance and the depths yet to be discovered.

I visit that which reposes.

And, for a time, a brief time, I allow what is completely beyond me and everything I know to reside in repose before me.

Sigh -- for the seen and unseen.

What is your Name? 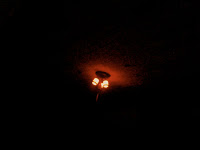 Here, says the One-Who-Is-Here, I will share mine with you.

Here, in that name, we are made whole.
Posted by meetingbrook at 11:19 PM

It is enough to pray without ceasing. There's no end to prayer.

Prayer is the perennial source of the world.

Without which nothing is.

Merton said he was in the monastery because he believed in intercessory prayer.

Saskia calls the cat in the dooryard.

At the same time there is something about prayer. For some, there is nothing to prayer.

And you can get there from here.
Posted by meetingbrook at 11:17 PM

Emptiness is a name for nothingness,
A name for ungraspibility,
A name for mountains, rivers, the whole earth.
It is also called the real form.
In the green of the pines,
The twist of the brambles,
There is no going and coming;
In the red of the flowers
And the white of the snow,
There is no birth and no death.
-- Ryusai

I decide to drop the word "spirituality."

Perhaps our logo should include a damp floor mop.
Posted by meetingbrook at 11:07 PM

It is a matter of ideas. The idea of freedom and common benefit of compassion. And the contrary idea of control and secure manipulation with power. These two ideas must face each other in the open forum of debate and deliberation, not in back rooms and hidden away alliances of profit besotted with disdain for the ordinary person.

Sages since time immemorial have only explained the problems of pollution. If one does not have all that false consciousness, emotional and intellectual opinionatedness, and conceptual habituation, one is clear as autumn water, pure and uncontrived, placid and uninhibited. Such people are called Wayfarers, or free people.
- Kuei-Shan (771-854)

Jesus had a mind of non-division. The Tao does not know division. Buddha taught unitary consciousness.

If you hear someone speaking about division, divisiveness, and separation -- you know you are listening to someone asleep.

We might not feel it yet. But some day it will occur to us that we have let ourselves go. Did not see neighbor as who they were. Missed what was right before our eyes.

Your absence has gone through me
Like thread through a needle.
Everything I do is stitched with its color.

Let yourself be sewn back together.
Posted by meetingbrook at 10:32 PM

I know people who are Muslims.

I know people who are Christians.

I know people who are Jewish.

And I know people who find each of the above peoples and traditions threatening, terrorizing, and evil .

These people intentionally cultivate fear encouraging us to live in fear peddling fear so as to profit from fear.

Pay attention to them. They are dangerous. They are also impertinent.

Human nature is developed
By profound serenity and lightness;
Virtue is developed
By harmonious joy
And open selflessness.
When externals do not
Confuse you inwardly,
Your nature finds the condition
That suits it;
When your nature does not
Disturb harmony,
Virtue rests in its place.
- Huai-nan-tzu

Pray for people of all traditions.

Some say it is not enough to pray. They say someone has to slap the purveyors of fear, anger, and hate in the face and smack them upside their heads until they agree to stop their stupidity.

I don't know. Once that anger is released, where's the stopping?

For much of American history, demagogues have manipulated irrational fears toward people of minority religious beliefs, particularly Catholics and Jews. Many Americans once honestly thought that Catholics could not be true Americans because they bore supreme loyalty to the Vatican.

Today’s crusaders against the Islamic community center are promoting a similar paranoid intolerance, and one day we will be ashamed of it.
(--from OpEd, Taking Bin Laden’s Side, by NICHOLAS D. KRISTOF, Published: August 21, 2010 http://www.nytimes.com/2010/08/22/opinion/22kristof.html?_r=1&hp

We're all temporary. Even the loudmouthed culture-baiters. They will soon die, as too will I. Perhaps not before they sow seeds of fear and error. Their error is calculated and scripted cleverly so as to pivot at the last instant to avoid incitement to murder or mayhem. May they be ashamed and made to regret their foolish and cowardly rhetoric!

Dogen distinguishes between two perspectives: the inauthentic or selfish view, which negates or overlooks impermanence and presumes the stability of worldly concerns; and the enlightened standpoint of non-ego, in which a person's awareness of the fleeting quality of time transmutes into a resolve for perpetual training. an authentic view of impermanence, according to Dogen, leads one to identify practice and realization with the holistic moment that encompasses self and other, as well as the three tenses of time. Transiency is seen not as a barrier or obstacle to attainment but as the vehicle by which enlightenment is realized and renewed.

In Shobogenzo "Bedowa" (Discussing the practice of the Way) he maintains: "Even if practiced by only a single person at one time, zazen imperceptibly reverberates throughout every dharma at all times. Therefore, it ceaselessly transmits the Buddha's teaching in the past, present and future of the entire unlimited universe." Impermanence as the very structure of reality must not be resisted but embraced through a sustained awareness of the formlessness of all forms.
(pp. 46,47 in The Zen Poetry of Dogen, Verses from the Mountain of Eternal Peace, by Steven Heine, Tuttle, c.1997)

I prefer and choose contemplative thinking. There's enough inner turmoil to busy me for a long time. Creating outer turmoil is the business of those unwilling to do the inner work.

John Ruskin wrote -- "All one's life is music, if one touches the notes rightly and in time." 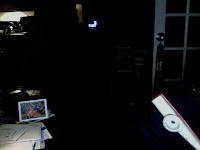 Even my kazoo attempts to help and calls my lips.