In canopy of overhead leaves now June foliage sweet callings of birds chanting Lauds in morning cathedral of nature. Buzzing bees and upland rolling brook are antiphonal response this solitary practice inside and out chapel/zendo.

Sitting alone. Chanting alone. Reading alone. Writing alone. (Although, Rokpa suggests a deficiency in my calculus. He has been here throughout.)

"The survival of Buddhism depends upon the experiential rediscovery of its inmost spark, and the articulation of that experience in a language that speaks directly to the hopes and fears of present-day man" (p. 129, Alone With Others, by Stephen Batchelor).

Right now I am not afraid of being alone. Some day, perhaps. Now, not so. Nor does it matter so much if I am liked or not liked. Once I cared. Now, that's changed. Nor do I feel the need to justify or explain what I think, do, or feel. So too with what I don't think, don't do, don't feel.

It is a curious computation: I both care and don't care about nearly everything.

"In inauthentic being-alone we flee from facing the totality of our existence [and from the facts of impermanence and death] through absorption in the particular entities of the world; in inauthentic being-with we ignore our essential relatedness to others through indulging in self-concern" (p. 91).

I, invariably, near death. No one has told me this specifically. But I age. Biopsies don't interest. I will live until I die. Right now I can sit here and listen. A light breeze. Quiescent symphony of nature! 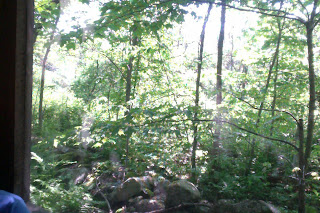 Batchelor next analyzes the primary ways of effecting authentic being-alone and being-with. Authentic being-alone is effected primarily through wisdom, based on the recognition that "psychological disturbance increases in direct proportion to conceptual distortion" (p. 100). The three primary conceptual distortions are three of the traditional viparydsas: "the apprehension of what is impermanent to be permanent; the apprehension of what is unsatisfactory to be satisfactory; and the apprehension of what is without self-identity to have a self-identity" (p. 101). The latter is the most fundamental, and it is only when we real- ize that our instinctive, anxiety-producing view of the world as divided into enclosed, independent entities is false that we engender wisdom, and thus the beginning of the end of anxiety.

For Friday Evening Conversation we watch John Viscount's 21 minute film Admissions. It is superb! "You can't want hell for other people without being in hell yourself," says the clerk. Then later:

“Murder is a contradiction, whether it’s done by governments or individuals, because it goes against what you truly are. Love neither attacks nor condemns. And when you can forgive those who attack and condemn you, that’s when you know it’s really love.” (Clerk in John Viscount's "Admissions") 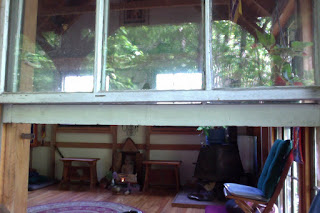 Maybe love is all there is. And when we do things that are not loving, we are not there.

Perhaps to be here is to be awake to the loving nature of existence.

We read from Ilia Delio at Thursday Evening Practice. She quotes Paul Tillich writing that "God does not exist." Rather, "God is existence itself."

When we come to see love as the ground of being, we have a choice: live with both feet on the ground, or go off into some sky-concept of right/wrong and save/lose.

As the zen saying offers: "Look under your feet."
Posted by meetingbrook at 10:39 AM

I don't know why it is as it is, but it is, it most definitely is the way it is.

Sure, there's what's wrong. And, yes, it is always wrong.
No doubt.
What's right, though, is introduced each time new.
Keep this in mind.
Out there.
Where it is so dangerous.
So often wrong.
Where right longs to be.
Posted by meetingbrook at 10:54 PM


So few monasteries. So few monks in monasteries. Those of us not in formal monasteries are in the monastery of the everyday world. Some of us are hermits. It is a curious prayer we enter.

Prayer is where the everyday world and that which is beyond sight, beyond grasp, meet.

When someone prays they are entering the unknown place between seen and unseen. Like calling out down an unlighted hallway in an abandoned school, you wonder whether the learning that was once so obvious and measurable still resonates or will answer in empty unemergent seclusion.

I am not at ease with the rambling garrulous paragraphs of my evangelical brothers and sisters. Nor do I covet the zen stickiness of clever but showy enlightenment talk among meditative types.

Give me tersity or give me surcease! 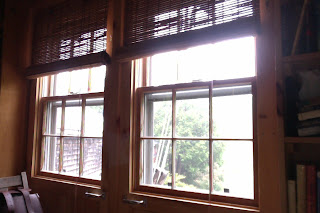 When you pray say:
I am here with you; how are you with here?

Consider that an invitation in/to presence. 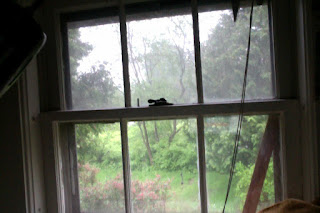 That's the joy and the dismay of being a monastic in the world.


Posted by meetingbrook at 8:00 AM

So much to see 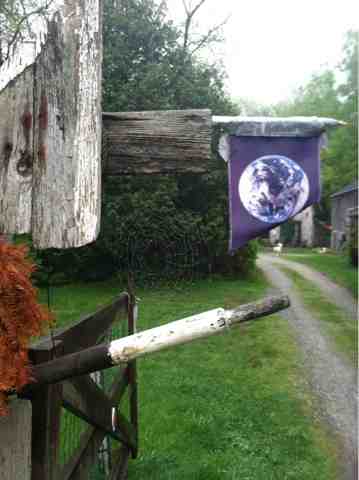 So close to seeing. 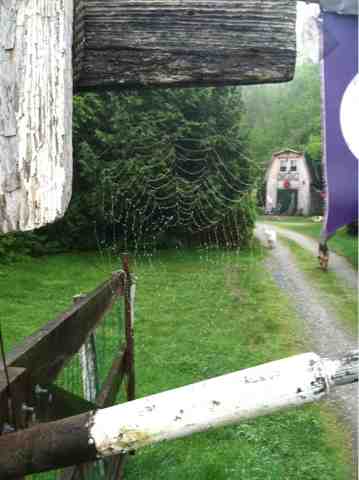 Such hard work so briefly spanned.
Posted by meetingbrook at 7:12 PM


The dead do not want our unconsidered and self-justifying praise. They want our love. There's a difference. They no longer need nor want puffy sentiments of glory or proper replications of egoistic pretense toward purity of life, thought, and action; the want is what they're coming to -- truth itself -- liberating and restful and bare.


Buddhism is a path of supreme optimism, for one of its basic tenets is that no human life or experience is to be wasted or forgotten, but all should be transformed into a source of wisdom and compassionate living.   (- Taitetsu Unno, "Number One Fool") 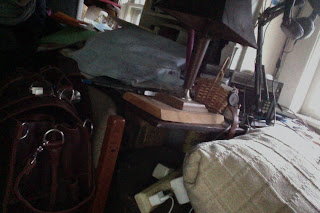 What do I know what the dead want? It is a conceit, an elaborate metaphor, to suggest awareness of the longings of the dead. Better to say it would be what I would want upon my death. To say I desire this courtesy of love and truth, now, feels too intimate a knowledge to pass muster with my conscious censor.


[Christian] Wiman is adept at making connections between the religious impulse and the need to create art. Like many artists, after shedding his early religious faith, he transferred “that entire searching intensity” into his work. But eventually Wiman sensed that all those hours of reading, thinking and writing were leading him back into faith. He began to feel that “human imagination is not simply our means of reaching out to God but God’s means of manifesting himself to us.”

Wiman finds that the integrity of a poem, which is “its own code to its own absolute and irreducible clarity,” is similar to that of a God who lives “not outside of reality but in it, of it, though in ways it takes patience and imagination to perceive.” Both require the use of metaphor, “which can flash us past our plodding resistance and habits into strange new truths.” Christ’s repeated use of metaphor and story, Wiman asserts, is an effective way of asking people to “stake their lives on a story, because existence is not a puzzle to be solved but a narrative to be inherited and undergone and transformed person by person.”

(--from book review, Faith Healing, of ‘My Bright Abyss,’ by Christian Wiman, reviewed by KATHLEEN NORRIS, Published: May 24, 2013, The New York Times),  http://www.nytimes.com/2013/05/26/books/review/my-bright-abyss-by-christian-wiman.html?src=recg

It is we the living who have need of long introductions and maudlin praise surrounding what passes as non-facsimile doppelgänger, our projected appearance, attempting to seem to be in the eyes of others what we are not in the sight (let's say) of God.

Metaphor invites us into a strange new truth: that, being, who and what we are.


For the grave cannot praise you, death cannot sing your praise; those who go down into the pit cannot hope for your faithfulness. 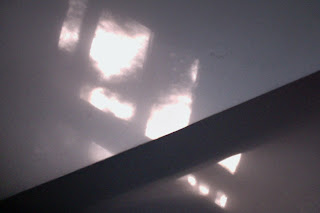 We wonder what is beyond the boundaries of our sight. 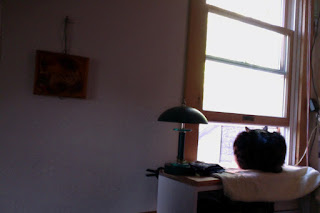 Are grateful for any portioned resemblance of love.

Watch our way in transit.

Setting out, invariably, our day.

Choose this life. Remember the dead.


We acknowledge and honor all those dead and deadened by war!

Just the way they are

All day they let the clouds

Roll out and roll back in

Even though red dust is

Not a single speck reaches

It is Memorial Day. We bow our heads in respect to those war has taken.

In addition to the dead, we acknowledge the deadened.

The deadened walk our streets, drive our roads.

The day acknowledges not only former military and civilian dead in the ground or scattered at sea -- there are also all citizens who've believed in, encouraged, or justified the murder and maiming of other citizens of the world.

Today in the United States much is done and said to honor our military veterans. Let's save that for November 11. 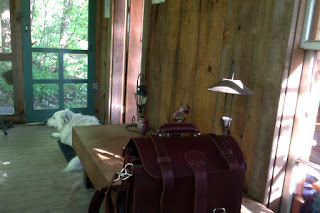 We recognize these deadened by war because they are our families, co-workers, leaders, priests, ministers, rabbis, and imams -- and it is difficult living with the dead.

They believe in killing what doesn't agree with them, whatever frightens them, whoever doesn't salute or cheer when they chant their prayer: "We are number one! We are the favored of God! We will destroy whatever stands between us and what we want!"

Today we pray for our families, leaders, co-workers, and all those who long for life, who wish to cultivate and protect life, who suffer life's insults and the strange cynicism of our fellow citizens. 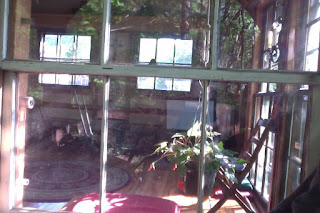 Christ is Word/Act of life.

Nature is the Way of life.

You are No-Other than this.

Do not belittle or bedraggle what you are.

Return, rise again, from the dead!

Posted by meetingbrook at 9:37 AM


Billowing in this mountain valley, mist and clouds linger three days. So too puddles, mud, and silence.

Alone with another; another alone 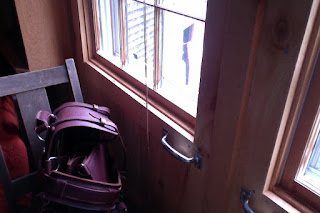 No use fretting over gold, beauty or fame;

Nurturing these, how can we calm

And a truthful nature brings immortality.

Sit quietly on a mat.

In meditation we become one with All;

In a mountain valley,

And its supernatural power

Are we not open windows through which light passes uncontrolled? And does not shadow fall across lintel? Add perception, add wonder, add noise washing over the noiseless.

The words "what is mine" resound. Can we say that "what is" is ours? Can we imaging this to be true at the same time as saying that, while mine, I do not own it, do not possess it, do not control it?

God goes, belonging to every riven thing he's made
sing his being simply by being
the thing it is:
stone and tree and sky,
man who sees and sings and wonders why

God goes. Belonging, to every riven thing he's made,
means a storm of peace.
Think of the atoms inside the stone.
Think of the man who sits alone
trying to will himself into a stillness where

God goes belonging. To every riven thing he's made
there is given one shade
shaped exactly to the thing itself:
under the tree a darker tree;
under the man the only man to see

God goes belonging to every riven thing. He's made
the things that bring him near,
made the mind that makes him go.
A part of what man knows,
apart from what man knows,

God goes belonging to every riven thing he's made.

One broken into two, torn apart into three. It is Trinity Sunday.

2. To break into pieces, as by a blow; cleave or split asunder.

3. To break or distress (the spirit, for example).
v.intr.To be or become split.
[Middle English riven, from Old Norse r 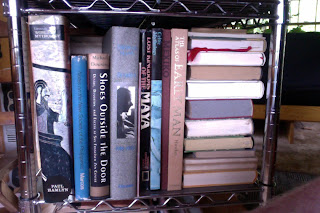 That we experience the "what is" that is our true belonging.

With what is made.

Posted by meetingbrook at 4:16 PM