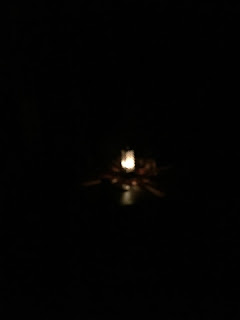 For a brief while

April Fool's Day.
How nice.
We all need a feast day.
Now I've one.
Its not much.
But it's less than anything substantial.
Posted by meetingbrook at 10:12 PM

Love is whole-making trustworthy relatedness with All (that is) in all.

To completely feel what is near.

Posted by meetingbrook at 10:25 PM

at a time when prayer is nowhere near 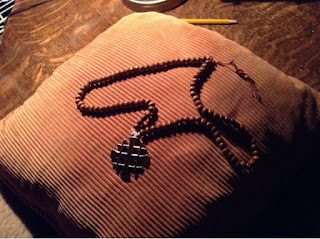 Some Russian words worth learning.
Here's what Jim Forest writes:

One of the surprises in getting to know Dorothy Day was her special love for Russian literature, most of all the work of Dostoevsky. At times she recited passages from The Brothers Karamazov that had shaped her understanding of Christianity. Mainly these had to do with the saintly staretz Father Zosima and his teaching on active love — “love in action is often a harsh and dreadful thing compared with love in dreams.” Dorothy all but demanded that I read Dostoevsky. She also had a deep appreciation of the liturgical life of the Eastern Church. It was Dorothy who first took me into a Russian Orthodox Church, a cathedral in upper Manhattan where I met a priest who, many years later, I was to meet again in Moscow, Father Matvay Stadniuk. (In 1988 he organized the first public project of voluntary service by Church members since Soviet power had launched its war on religion.) At a Liturgy Dorothy took me to, I first learned the Old Slavonic words Gospodi pomiloi (Lord have mercy), the most often repeated prayer in Orthodox worship services.

One evening Dorothy brought me to a Manhattan apartment for a meeting of the Third Hour, a Christian ecumenical discussion group founded by a Russian émigré, Helene Iswolsky. Participants that evening included the Orthodox theologian, Father Alexander Schmemann, the poet W.H. Auden, and Alexander Kerensky, who had been prime minister of Russia after the abdication of Czar Nicholas II and before the Bolshevik coup led by Lenin. As I recall, the conversation that evening was in part about the Russian word for spirituality, dukhovnost. The Russian understanding of spiritual life, it was explained, not only suggests a relationship between the praying person and God, but has profound social content: moral capacity, social responsibility, courage, wisdom, mercy, a readiness to forgive, a way of life centered in love. While much of the discussion flew over my head, I recall talk about iurodivi, the “holy fools” who revealed Christ in ways that would be regarded as insanity in the West, and stralniki, those who wandered Russia in endless pilgrimage, begging for bread and silently reciting with every breath and step the Jesus Prayer, “Lord Jesus Christ, Son of the God, have mercy on me, a sinner.”

(--from, Becoming Orthodox, by Jim Forest)

Lord have mercy, spirituality, has made us, wandering wholly fools!

(One more breath, again, and we inhale and exhale the Divine One.)
Posted by meetingbrook at 3:17 PM


(--from, Luke 24:13-35)    Then he said to them, ‘You foolish men! So slow to believe the full message of the prophets! Was it not ordained that the Christ should suffer and so enter into his glory?’ Then, starting with Moses and going through all the prophets, he explained to them the passages throughout the scriptures that were about himself.
When they drew near to the village to which they were going, he made as if to go on; but they pressed him to stay with them. ‘It is nearly evening’ they said ‘and the day is almost over.’ So he went in to stay with them. Now while he was with them at u, he took the bread and said the blessing; then he broke it and handed it to them. And their eyes were opened and they recognised him; but he had vanished from their sight. Then they said to each other, ‘Did not our hearts burn within us as he talked to us on the road and explained the scriptures to us?’

What we have listened to.

It is Easter Wednesday.

What is vanished from our sight is what is well within silence.

What remains is silence.

A contemplation of shunyata.

Dawn breathing emptiness walking.
Posted by meetingbrook at 5:58 AM

It's the Merton quote. 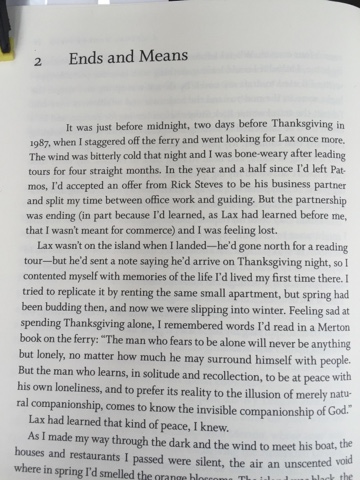 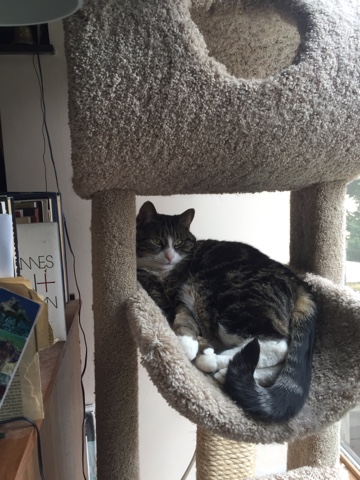 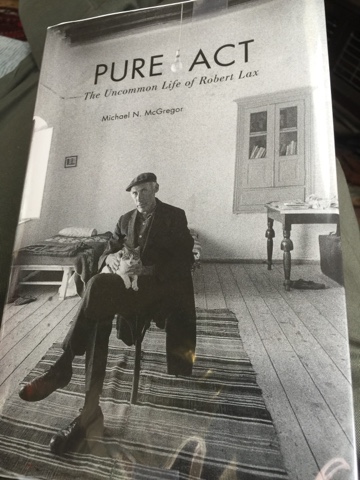 Nothing else.
Posted by meetingbrook at 1:20 PM

From, THE MEANING OF THE CONTEMPLATIVE LIFE ACCORDING TO THOMAS MERTON by Fr. James Conner, OCSO.

And yet Merton chose a contemplative monastery and remained in that vocation until his death. His reason for this was simply that he discerned that this way of life provided him with those conditions which best suited him and his temperament in striving to live on the level of his ."true self" - that self that each one is in God and which each one is called to live out in their life vocation. The monk chooses a monastic way of contemplative life not because he hates or fears the world or people or pleasure, but because he finds it helps him to discover and live out his life on a level of truth - truth to himself and truth to God and to others. He said:

It is not enough to keep monks strictly enclosed and remote from all external activity - this does not itself constitute a sign of the eschatological kingdom. On the contrary, very often this limitation constitutes a serious impoverishment of the personality of the monks and at the same time prevents that impoverishment from becoming public! It is of course true that solitude and silence contribute very much to the ends for which monastic communities exist. But the fact remains that people are called to the monastic life so that they may grow and be transformed, "reborn" to a new and more complete identity, and to a more profoundly fruitful existence in peace, in wisdom, in creativity, in love. When rigidity and limitation becomes ends in themselves they no longer favor growth, they stifle it. (7)

The purpose of monastic practice must be to bring one to what he called "Final Integration". He drew this term from the writing of a Persian psychologist named Reza Arasteh. Merton developed the ideas of this man by showing that he was not speaking of some psychological reality alone. He is speaking of that which brings every person into touch with their true universal nature, their true bond with all
peoples and all cultures and the experiences of all.

The one who has attained final integration is no longer limited by the culture in which he has grown up. "He has embraced all of life." He passes beyond all these limiting forms, while retaining all that is best and most universal in them, finally giving birth to a fully comprehensive self. He accepts not only his own community, his own society, his own friends, his own culture, but all humanity. He does not remain bound to one limited set of values in such a way that he opposes them aggressively or defensively to others. He is fully "Catholic" in the best sense of he word. He has a unified vision and experience of the one truth shining out in all its various manifestations, some clearer than others, some more definite and more certain than others. He does not set these partial views up in opposition to each other, but unifies them in a dialectic or an insight of complementarity. With this view of life he is able to bring perspective, liberty and spontaneity into the lives of others. The finally integrated person is a peacemaker, and that is why there is such a desperate need for our leaders to become such persons of insight. (ibid.p.212)

As Merton shows, this kind of final integration applies not only to monks but to all:

As Dr. Arasteh points out, whereas final integration was, in the past the privilege of a few, it is now becoming a need and aspiration of humanity as a whole. The whole world is in an existential crisis to which there are various reactions, some of them negative, tragic, destructive, demonic, others proffering a human hope that is yet not fully clear. (ibid)

Posted by meetingbrook at 9:49 AM

as follows night the day

Then, solitude, covered.
Posted by meetingbrook at 1:43 AM

The vanus -- (from Proto-Indo-European *h₁weh₂- ‎(“empty”). See English wane, want) -- the vanity of the story of John Fitzgerald Kennedy’s murder in Dallas.

The corrupt participants in its planning and coverup.

It is Easter Monday.

Surely some deference must be paid to the awfulness and damage of lies and deceit.

If we are ever to no longer fear what is true.
Posted by meetingbrook at 11:58 PM

the celebration of Easter waits upon an important “until”

In Jesus we have an almost extreme example of God taking sides. It starts with one who empties himself of all divinity (see Philippians 2:6-7), comes as a homeless baby in a poor family, then a refugee in a foreign country, then an invisible carpenter in his own country which is colonized and occupied by an imperial power, ending as a “criminal,” accused and tortured by heads of both systems of power, temple and empire, abandoned by most of his inner circle, subjected to the death penalty by a most humiliating and bizarre public ritual, and finally buried quickly in an unmarked grave. If God in any way planned this story line, God surely intended the message to be subversive, clear, and unavoidable. Yet we largely made Jesus into a churchy icon that any priestly or policing establishment could gather around without even blushing.

Ilia Delio, a Franciscan scientist and theologian, challenges us to take the scandal and downward movement of the Incarnation quite seriously and to let it rearrange our priorities.


An incarnational bias is evident today in our globalized culture. The “problem” of immigrants, welfare recipients, incarcerated, mentally ill, . . . disabled, and all who are marginalized by mainstream society, is a problem of the incarnation. When we reject our relatedness to the poor, the weak, the simple, and the unlovable we define the family of creation over and against God. In place of God we decide who is worthy of our attention and who can be rejected. Because of our deep fears, we spend time, attention, and money on preserving our boundaries of privacy and increasing our knowledge and power. We hermetically seal ourselves off from the undesired “other,” the stranger, and in doing so, we seal ourselves off from God. By rejecting God in the neighbor, we reject the love that can heal us.

Until we come to accept created reality with all its limits and pains as the living presence of God, Christianity has nothing to offer to the world. It is sound bites of empty promises. When we lose the priority of God’s love in weak, fragile humanity, we lose the Christ, the foundation on which we stand as Christians.

Compassion continues the Incarnation by allowing the Word of God to take root within us, to be enfleshed in us. The Incarnation is not finished; it is not yet complete for it is to be completed in us. [1]

(--from, Fr. Richard Rohr, OFM, Center for Action and Contemplation, Bias from the Bottom: Week 1)https://cac.org/gods-most-distressing-disguise-2016-03-23/

Until that acceptance, our “Christos Anesti!” (Gk. “Christ is Risen”) is more prayerful trust than it is actual proclamation. It might even be the wrong tense -- not having been done, but in process of becoming and unfolding as we speak. “Christ is rising...”

It longs for completion in us.

Love, which longs to rise, is whole-making trustworthy relatedness with All (that is) in all.
Posted by meetingbrook at 9:24 AM