The Governor of Maine opens his mouth and invites the NAACP to "kiss my butt." It's a crude and unthinking remark. I've never made such foolish remarks in my life, so I can take a high horse and ride it proudly.

It is Martin Luther King's birthday. I liked him. He was brave and had vision. I'm sure the Governor of Maine would have liked him too. We all make mistakes. He'll come around. For now it's just peculiar theater.

Cold night, no wind, bamboo making noises,
Noises far apart, now bunched together,
Filtering the pine-flanked lattice.
Listening with ears is less fine than
Listening with the mind.
Beside the lamp I lay
Aside the half scroll of sutra
- Hsu-t'ang Chih-yu 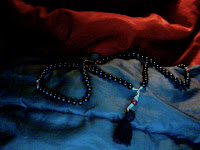 Two of the men in prison last week said there's only one race, the human race. Some of my closest friends are human.

I've left my normal dwelling and wander in pointless meander.

Enough!
Pray for a blessing!
I think about life. These days I think about death. Which means I am alive and I will die. What happens or what doesn't happen after life or after death is not a worry to me. What happens will or won't happen. For now, right here, it is enough to be here, now.

With an eye to Stringfellow:

'Dynamic and erratic, spontaneous and radical, audacious and immature, committed if not altogether coherent. Ecumenically open and often experimental, visible here and there, now and then but unsettled institutionally. Almost monastic in nature but most of all enacting a fearful hope for society.’
(--William Stringfellow in his book 'An ethic for Christians and Other Aliens in a Strange Land’ -- found on Northumbria Community website)

The cosmos is a very big place. Very big. And I am a speck, an intersecting and interpenetrating speck, but, still, a speck.

hymn to the sacred body of the universe (excerpt)

two eagles are mating--
clasping each other's claws
and turning cartwheels in the sky
grasses are blooming
grandfathers dying
consciousness blinking on and off
all of this is happening at once
all of this, vibrating into existence
out of nothingness

every particle
foaming into existence
transcribing the ineffable

16 million tons of rain are falling every second
on the planet
an ocean
perpetually falling
and every drop
is your body
every motion, every feather, every thought
is your body
time
is your body,
and the infinite
curled inside like
invisible rainbows folded into light
...
(Excerpt of "hymn to the sacred body of the universe," from love letter to the milky way, by Drew Dellinger)
http://drewdellinger.org/pages/poetry/59/hymn-to-the-sacred-body-of-the-universe-(excerpt)

On a sidewalk at a side street in Rockland this morning as we drove from (shut-down day at) the prison, there was a hawk breakfasting on a dove by a brick building as cars slowed to gape. We continued on to The Rockland Cafe for ours -- where we surprisedly, happily sat with the Clarity Artists family.

It is our difference that accentuates our value. And each is so valuable.

David Fenner, PhD, UNF provided the following summary of the Cosmogenetic Principle at the 1996 Earth Stewardship Conference in Jacksonville Florida.
The Cosmogenetic Principle (the form-producing power of the Universe) states that the evolution of the Universe will be characterized by differentiation, subjectivity, and communion throughout time and space and at every level of reality.

1. Cosmogenesis is ordered by differentiation. A Universe of unending diversity, there has never been a time when the Universe did not seek further differentiation. The Universe began in a concentration of energy and at each instant has re-created itself new. The seemingly infinite power for transfiguration in every region of the Universe speaks of an inexhaustible fecundity at the root of reality. The Universe comes to us, each being and each moment announcing its thrilling news: I am fresh. To understand the Universe you must understand me.

2. Cosmogenesis is structured by subjectivity. A Universe filled with structures exhibiting self-organizing dynamics (autopoiesis) - from autocatalytic chemical processes to cells, from living bodies to galaxies. Not just living beings, but self-organizing power within all of creation. Refers to the interior dimension of things, its essence. Everything is endowed with and inner capacity for self-manifestation.

Note for humans: The movement from primordial rocks to mammalian consciousness is a radical one certainly. But we must avoid regarding such consciousness as an addendum or as an intrusion into reality. The integrity of the Universe must always be respected. Everything comes forth out of the intrinsic creativity of the Universe.

3. Cosmogenesis is organized by communion. To be si to be related, for relationship is the essence of existence. Nothing is itself without everything else. The Universe evolves into beings that are different from each other (differentiation), and that organize themselves (subjectivity). But in addition to this the Universe advances into communion--into a differentiated web of relationships among sentient centers of creativity. Note that relationships are discovered even more than they are forged.

Note for humans: The loss of relationship, ie to be cut off from intimacy with other beings with its consequent alienation is perhaps the supreme evil in the Universe or in religious terms the essence of damnation.

This Differentiation, Subjectivity, and Communion -- this life in this existence as resplendent manifestations of Being!

Tonight...I sorrow at the sudden collapsing death last night of Joshua, a college student who sat up front in classes.

Posted by meetingbrook at 4:35 PM

Anamnesis
Anamnesis means remembrance or reminiscence, the collection and re- collection of what has been lost, forgotten, or effaced. It is therefore a matter of the very old, of what has made us who we are. But anamnesis is also a work that transforms its subject, always producing something new. To recollect the old, to produce the new: that is the task of Anamnesis.
(epigraph, in The Radical Critique of Liberalism: In Memory of a Vision, Toula Nicolacopoulos)

But I am a friend.

Remember that.
Posted by meetingbrook at 11:56 PM

President Obama's words were fitting and fine in Tucson. A leader's touch.

As are the words of two poets:

At the table she used to sew at,
he uses his brass desk scissors
to cut up his shirt.
Not that the shirt
was that far gone: one ragged cuff,
one elbow through;
but here he is,
cutting away the collar
she long since turned.
What gets to him finally,
using his scissors like a bright claw,
is prying buttons off:
after they've leapt,
spinning the floor, he bends
to retrieve both sizes:
he intends to
save them in some small box; he knows
he has reason to save; if only he knew
where a small box
used to be kept.

TO THE NEW YEAR

so this is the sound of you
here and now whether or not
anyone hears it this is
where we have come with our age
our knowledge such as it is
and our hopes such as they are
invisible before us
untouched and still possible
(Poem by W.S. Merwin)

In their memory.
Posted by meetingbrook at 6:33 PM

The task now undertaken by commentators and communicators seems to be to find a way to talk about the violent shootings in Tucson Arizona...without...naming or blaming some voices, or philosophies, or strategies that might be construed as contributing to an atmosphere of fear and intimidation.
One commentator, Rachel Maddow, traced responses to such violent multiple murders over our recent history that expressed the words "unimaginable" and "inconceivable" in the wakes of carnage. Maddow concludes that those words are no longer applicable, if they ever were. Guns, death by guns, and public massacres are rife and ready. "Lock and load" is as familiar a phrase today as "love your neighbor" once was. The constraint upon identifying the reality and locating responsibility accounting for a culture of armed elimination of perceived enemies has the aspect of an illusory and ignorant deflection of attention.

I don't feel that constraint. I rather suspect that there is a connective continuity that links thought, word, and action in ways that surge and ripple from formless instinct and internalized idea to concretized forms that physicalize and externally actualize in the realm of felt experience.

If you think that words have no impact on acts -- then consider the foolishness of believing in the word of God made flesh and act.

No form, no sound.
Here I am;
White clouds fringing the peaks,
River cutting through the valley.
- Daito

So, we enter silence for a spell.

We need to keep counsel with clearness, and come home to sane truth.

Where stillness rests while keeping pace with peace.
Before coming to word.
And flesh.
Posted by meetingbrook at 10:53 PM

We are made of words.

With no first word, nor any last word -- what are we?

"The language of a people is its fate." (--Amos Wilder)

What do you hear?
Posted by meetingbrook at 10:06 PM

We read Thomas Merton at practice tonight. ("A Preliminary Warning" from The Inner Experience: Notes on Contemplation, 2004.)

...[T]he hidden, interior "I" ...has no projects and seeks to accomplish nothing, even contemplation.(--from p.5)

Nothing to get. Nothing to fall back on. Just moving through.

All day long people repeat the
Word prajna aloud,
But do not know their
Self-natured prajna.
They are like one who
Cannot satisfy their hunger
By only talking about eating.
Just talking of voidness
Will not enable one to
Perceive one's nature for
Myriads of eons, and there
Will be no advantage in the end.
- Altar Sutra

A little wary, a little weary of the world. It is far too sophisticated, complicated, and devious for the likes of me.

Now is the time for non-violence...
practice.
Posted by meetingbrook at 10:20 PM