the white snow / red as strawberries in the summertime

Posted by meetingbrook at 8:10 AM

A Jewish teaching says those who die just before the Jewish new year are the ones God has held back until the last moment bc they were needed most & were the most righteous. And so it was that #RBG died as the sun was setting last night marking the beginning of RoshHashanah.

Her quiet dignity and intelligent presence needs to reverberate through this troubling time.

May her memory be a revolution.

Posted by meetingbrook at 7:44 AM

"All words come to an end in the face of love." (--Rupert Spira)

to think is to think/feel

I agree. We’re not thinking.

To think is to think/feel this moment.

We’re not doing it yet.

Posted by meetingbrook at 11:27 PM 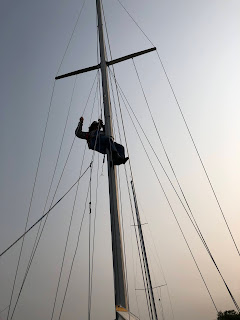 Woman in final years before her seventies in bosun's chair repairs lazy jack while at dock in Rockport Harbor yesterday.
Let's hear it for sane and mannerly occurrences of ordinary tasks done with quiet resolve and crew's good assistance!
Posted by meetingbrook at 9:08 AM

Something about Our Lady of Sorrows. Something, as well, about Kuan Yin who hears the cries of the world.

These female beings, mythic saints and bodhisattvas, attending to all beings in the world with their attentive presence.

I, for one, am grateful

"To escape from the world means that one's mind is not concerned with the opinions of the world." — Dōgen Zenji

The fact of it.

Cross is where false-self

Dying self finds True Self

turning around and turning inward

After watching documentary about Flight 93 on September 11, 2001, a reminder of the sorrow of separation, I turn to words by Raimon Panikkar about what it means to be a monk in the world. 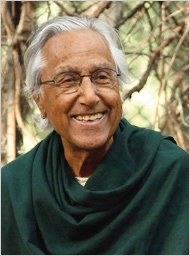 Raimon Panikkar-Alemany (November 2, 1918 – August 26, 2010; also known as Raimundo Panikkar and Raymond Panikkar) was a Spanish Roman Catholic priest and a proponent of inter-religious dialogue. As a scholar, he specialized in comparative religion.

“By monk, monachos, I understand that person who aspires to reach the ultimate goal of life with all his being by renouncing all that is not necessary to it, i.e., by concentrating on this one single and unique goal….

The monk is compelled, as it were, by an experience that can only articulate itself in the praxis of one’s life. It is an experience of the presence of the goal of life, on the one hand, and of its absence (of not having reached it), on the other……

There can be no monasticism without this experience of conversion, of turning around and turning inward, of stripping off the very many things that cling to us, of abandoning the ‘usual’, the ‘normal’, and even the secure and often reasonable way. as one Upanisad says: “On the very day that one is ‘brokenhearted’, on that same day one becomes a renouncer”; one brokenhearted, i.e., one indifferent to the world, a disillusioned person. . . .

. . . a fundamental monastic archetype could be described as the life of those who….adopt a solitary journey beyond the supportive environment of their culture, of social life, of religious traditions, etc. The monk is called to go beyond what the culture – even the religious culture – in which he lives allows him to be, or leads him to.”

What changes when we free the monastic vocation from the attitude of mono-cultural dominance? Nothing and everything. Let me give three examples of traditional values of the religious, East and West, that can be reinvigorated by the encounter of monks in dialogue qua monks.

Paradoxically enough, the first, the classical contemptus mundi of the monk, today takes a new and more subtle turn: not abandoning the world (which is practically impossible), but swimming against the current, like living fish in the rivers, without rage or violence, but with poise and elegance, that is, with love and patience. “La paciencia todo lo alcanza,” used to say Teresa of Avila. Patience does not give up, rather, it perseveres and insists. It never gets discouraged, because it does not believe that a single individual, system, doctrine, or religion has the total answer. Humility, to me, means the courage to be imperfect, not finished.

Secondly, the monastic vocation has meant “solitude.” But solitude does not mean isolation. On the contrary, solitude demands that I be truly myself so that I may share without encumbrances solidarity with the entire reality: Buddhakaya, karma, mystical Body, universal love. The greatest scandal of human history is religious wars—be they explicitly or implicitly religious. Even the fact that sometimes they can disguise themselves under the cloak of religion shows our responsibility: “Not of the world,” but in the world—which the “Father” loved so much.

Thirdly, the monastic “calling” is ever new. It does not repeat itself, and it has no blueprint; it is not prescribed by any law. It needs to be not just discovered, but created by our cooperation with the very dynamism of reality, by holy “obedience,” that is, by attentive listening (obaudire) to the “divine” Voice—which is the Hindu name for revelation (sruti). It is not enough to “imitate” the Buddha, Christ, God. We have to become the Buddha, Christ, God—without asking like Peter, “What about John?” “You follow me” was the answer.

(From “The New Monk” by Raimon Panikkar, in CITYDESERT)

“May the time come when men, having been awakened to a sense of the close bond linking all the movements of this world in the single all-embracing work of the Incarnation, shall be unable to give themselves to any one of their tasks without illuminating it with the clear vision that their work—however elementary it may be—is received and put to good use by a Center of the universe.

We situate new monasticism in terms of a movement, an organic arising of a deep desire to live a meaningful life and serve the world through our work and our compassion. It grows out of the desire to incarnate a contemporary spirituality, one that drinks deeply from the wells of human wisdom that have been dug throughout our ages, but one that also speaks to our modern sensibilities, to the unique occurrence of the convergence of the human race in our times, and that addresses the multiple and complex needs of a humanity in the throes of transition into a hopefully new and better world. The new monk may well be the beginnings of a physical manifestation of what is already true in the spiritual worlds, where a connected and collaborative effort of spiritual energies and truths work together and in harmony for the good of all life on our planet. This can be seen in the new monk’s ability to move seamlessly between wisdom traditions, art, music, solitude, hard work, community and intimate friendships.

New monasticism is a search for the deepest humanity in us all. It is in this search that we are united, not only to our fellow ‘monks,’ but to all who long to birth a new world that lives and breathes of the Spirit, to all who desire to come to the utter depths of their being and then to enter the world through that doorway. A new monk is one who feels the calling to her own Evolution, her own depth of Spirit, her own transformational path and who responds. She embarks on this path in order to better serve all of Life, not knowing where this journey will take her, but knowing that she can no longer view anything in her life as separate from this journey. She is motivated by her ideals of love and compassion for others, as well as an impenetrable belief in the Truth and Reality of human spiritual maturation, of its transformative power, grace and sustaining ground. She is committed to serving the world in growing degrees of sacrificial love, skillful wisdom and joy. It is to this audacious goal that new monastics dare foresee, more than dare, see only it and pledge their life to becoming an ordinary, disciplined loving expression of its attainment.

Any such person may rightly be called a ‘new monk.’

(--from, New Monasticism: An Interspiritual Manifesto for Contemplative Life in the 21st Century, by Rory McEntee and Adam Bucko, in KOSMOS, The Journal for Global Citizens Creating the New Civilization for the Common Good)

'Monk' is a word whose origins come from Old English munuc, based on Greek monakhos ‘solitary’, from monos ‘alone’.

We are, essentially, alone. But alone in the Buddhist sense of shunyata, or emptiness of any separate existence. Hence, radical interconnectedness. Relational individuality, i.e. undividedness.

As if, completely all-one.

All is change. Mutable.

And in its enormity, a mute persistent gaze out of which the solitary sees itself as itself sees everything in its entirety.

Posted by meetingbrook at 9:40 AM