you want to be flawless?

The mistake is politics, thinking you can manipulate things into your image.

Only the dead are flawless.
Posted by meetingbrook at 10:49 PM

post-other; the ground of caring

Some men and women joined the military and served for a while. Some fought in combat. Some were hurt. Some died. Those that lived are honored today. It is a sober day.

At conversation tonight talk about the election, the hurt, the combat, the dishonorable comportment, and the surrogate intimidation and snarling dismissive mess that preceded and followed.

Love is attention to what is presenting itself.

Like the visit to Dana Farber I accompanied Thursday.

The attentive care from person to person.

One after the other there.

When community recognizes itself.
Posted by meetingbrook at 11:03 PM

In his own way

To be free
Posted by meetingbrook at 11:07 PM

And so, it is Wednesday.

And things, remarkably, have changed. Or has it?

Tonight I have walked with you

along the deaf lanes of sleep,

and now that it is morning

other than that the two who during the night

have left me once again this morning

and continued together further on their way.


Brought back from Saskia's trip to the Netherlands, an inscription on a house.


Dymphy translated it for Saskia something like, “ When in the midst of sorrow or difficulty, and you don’t know where to begin, be embraced by poetry.” (Willem Jan Otten)

The clock rules the chamber,
monotonous laws
drone on through the evening
no one can set his rulings aside,
no one escapes this room.

Today I am accused,
tonight I lie before the court.
Silence in the halls,
only the breathing
of the cupboard, a mother who sees me.

Translated from the Dutch by Barry Goldensohn
Posted by meetingbrook at 1:04 PM

Votes
Posted by meetingbrook at 7:58 PM 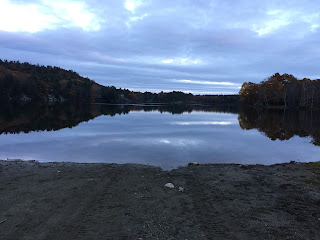 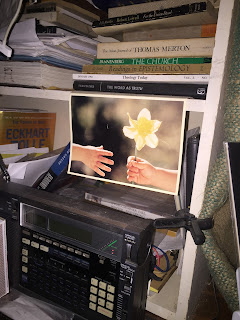 Posted by meetingbrook at 10:05 PM

I read her death notice at 3AM.

It was All Souls Day.

I was on retreat at Trappist Monastery.

In Massachusetts. She, Connecticut.

It was the nature of our friendship. 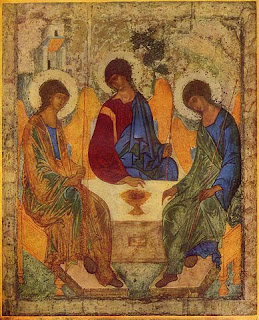 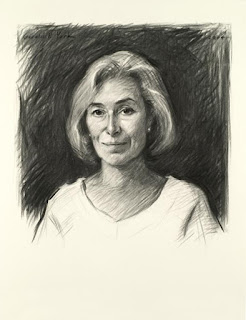 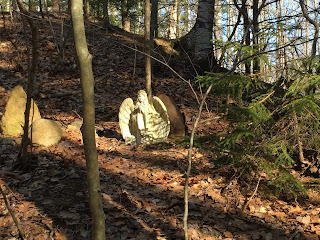 Posted by meetingbrook at 3:51 AM

Where did that hour come from?
Posted by meetingbrook at 8:05 AM

from Holland, an email

"Rohr reading from today says it beautifully! Perfect way to start the day. “ --

The bread that I will give is my flesh for the life of the world. —John 6:51
Jesus the Christ did not talk in this truly shocking way (see John 6:60) so we could worship bread and wine. He came so that we would recognize his presence in all things, not just in the human body of Jesus, not just in the human body of God’s people (1 Corinthians 12:12ff), but even in the nurturing elements of the earth, symbolized by the ubiquitous food of bread and wine (1 Corinthians 11:23ff), and therefore to the very edges of creation (Romans 8:19). The mystery that was made personal and specific in Jesus was revealed as the shape of the entire universe. [1] What else could the universe be but “the body of God”? Think about it. The Incarnate One is the stand-in for “everything in heaven and everything on earth” (Ephesians 1:10). This is not a competing religious statement as much as a highly symbolic metaphysical plan “from the beginning,” “from the foundation of the world” (see Ephesians 1).
God is not just saving people; God is saving all of creation. It is all “Real Presence.” We could call it the primordial “Christification” or anointing of the universe at Creation. This is not pantheism (God is everything), but panentheism (God is ineverything!). Such a central message of cosmic incarnation was never seriously taught in the Western, overly individualistic church, except by a few like Hildegard of Bingen (1098-1179), Francis of Assisi (1181-1226), and Bonaventure (1221-1274). It was much more common in the Eastern Church, especially in early scholars and mystics like Maximus the Confessor, Gregory of Nyssa, and Symeon the New Theologian.
Inspired by the more contemporary mystic scientist, Pierre Teilhard de Chardin, Franciscan sister and scientist Ilia Delio writes:

Christ invests himself organically within all creation, immersing himself in things, in the heart of matter, and thus unifying the world. The universe is physically impregnated to the very core of its matter by the influence of his superhuman nature. Everything is physically “christified,” gathered up by the incarnate Word as nourishment that assimilates, transforms, and divinizes. [2]

From the way we treat the planet, other humans, and sometimes even ourselves, it seems we don’t understand or really believe this. When you don’trecognize that the Christ Mystery is universal, that God is present in—and is saving—all of creation, you can choose what you respect and what you disrespect, what you love and what you hate. The full Gospel takes away from you any power to decide and discriminate where God is and where God isn’t. The old Baltimore Catechism answered the sixteenth question, “Where is God?” quite clearly: “God is everywhere.” But we never really believed it!

Gateway to Silence:Brother Sun, Sister Moon, help me see God in all things.

I'll vote, once for two things.

Point me toward the booth.

More important: how do you spell the name of the candidate standing for intelligent & kind leadership?
Posted by meetingbrook at 2:57 AM

In two days the US

votes  In three days we will learn

What becomes of us
Posted by meetingbrook at 2:15 AM