meetingbrook zen, to see what is in the middle: mono / mesa


monastics of no other


(A journey taking each turn!) 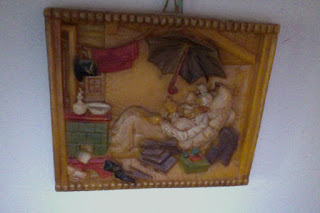 
The new expression of contemplative christianity and meditative buddhism and mere attention with nature is rounded into a circle of seeing: christ-mind, buddha-nature, gaia-life.

It is america's zen.

We are invited to see what is in the middle.

It is now, always has been, will always be -- unknown, unknowable, and unknowing-itself.

Whatever you are looking for, it is there.

Do I dare forget myself and enter this place?
Posted by meetingbrook at 11:05 PM


Anthony of Padua, who helps (some say) find things, might help find sanity in a world gone insane with trivia, titillation, and tattle.

Perhaps we think that by embracing our insanity everything would be fine.

You know the parlor trick.
wrap your arms around your own body
and from the back it looks like
someone is embracing you
her hands grasping your shirt
her fingernails teasing your neck
from the front it is another story
you never looked so alone
your crossed elbows and screwy grin
you could be waiting for a tailor
to fit you with a straight jacket
one that would hold you really tight.

Ok, so we look a little odd when looked upon straight on. But, in review, from the other side, it always seems different.

Is it possible not to fear? Not anything?


Where The Mind Is Without Fear

Where the mind is without fear and the head is held high
Where knowledge is free
Where the world has not been broken up into fragments
By narrow domestic walls
Where words come out from the depth of truth
Where tireless striving stretches its arms towards perfection
Where the clear stream of reason has not lost its way
Into the dreary desert sand of dead habit
Where the mind is led forward by thee
Into ever-widening thought and action Into that heaven of freedom, my Father, let my country awake.

I wonder if, metaphorically, we were to substitute the word "insane" for "sin" in Holy Writ -- would we look on our "morality" differently?

Is insanity a chemical imbalance? Is mental illness a failure to see things with a clear and unperverted gaze?

Do we engage in a looking that sees good and calls it good, sees wrong and calls it wrong, hears cacophony and winces, hears beautiful melody and smiles?


Tell all the Truth but tell it slant --

Too bright for our infirm Delight

As Lightning to the Children eased

The Truth must dazzle gradually

Or every man be blind --

Once all the whistles have blown, the tales tattled, the hidden revealed, and the mistruths straightened into fessed-up straight-up straight-answer-club simplicity, we in this country will breathe a sigh of relief and look at each other again with a long desired affection.

We will be able to face each other again.

Something lost will be found.

We will look to the brown-robed paisan over in the corner, wink, nod, and say:
Mille o tante grazie, Antonio, amico, compagno!

Wouldn't it be comforting to be companion to truth?
Posted by meetingbrook at 5:10 PM

not that far; not that long


Frail friend in pain taken to emergency room and back home again.

One  step, another minute, a lifetime in a millisecond.

Not much.
Posted by meetingbrook at 11:27 PM


Tomorrow is no home.

Posted by meetingbrook at 10:28 PM

Let's try this: Truth, simple unconcealment, is a better option than lies, deceit, and secrecy.

It is a radical consideration.

Do we dare face it?

As a child growing up in Brooklyn's Catholic Culture, I learned that everybody was watching. From Mrs. Goldberg to Grandpa Bellantoni, from the creepy guy with cigar in his mouth at 2nd floor window to Officers Whatstheirnames in the black and white cruiser rolling passes the driveway.
Not to forget to mention the priest's insistence the the Good Lord Himself was all-seeing me wherever I was whatever I was doing. Of course his consecrated daughter-in-religion, Sister M. Nazareth, saw everything from her office as principal around corners in basements and five blocks of city streets away. I know what being watched looks like.

These days, though, it feels different. God is dead. So is Sister. So are all the Bensonhurst neighbor watchers. (About God, I have to clarify: the misperceptions and concepts bandied about God are dead or mostly all dead. God Itself is another consideration.)

Here's what feels different:
It's not the surveillance as much as it is the vacuum of trust. The government doesn't trust the American people, nor do the people trust the duplicity followed by rationalization by the government.
The vacuum of trust is where terror breeds.
It seems we're all breeders now.
A new celibacy of just saying "no" to seductive fearmongers is needed.

Back in childhood Brooklyn (mostly) everyone was looking out for you. Today it is a "Watch out for him!" wariness.

We need to change mistrusting spying into caring gazing. 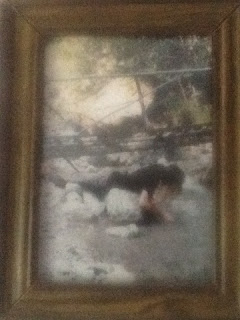 Posted by meetingbrook at 9:10 AM