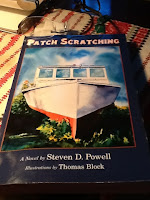 Posted by meetingbrook at 5:34 PM

I tire of opinions. Mine and yours. No more of them.

Let's not say anything.

Let sound speak itself.
Posted by meetingbrook at 11:12 PM

You think you are going somewhere?

Who you are remains even after you leave. 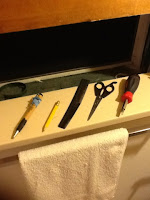 Posted by meetingbrook at 10:32 PM

Taking no for an answer now

What is the distance between heaven and earth?
None.
Who made us?
No one.
Where are you from?
I am from now on.
Posted by meetingbrook at 11:09 PM

is; not interfered; with

I read about Colonel Robert Rheault, "The Fall of a 'Lost Soldier'," in the November 14, 1969 issue of LIFE Magazine. (It cost .40 cents then.) I order A Murder in Wartime: The Untold Spy Story that Changed the Course of the Vietnam War, by Jeff Stein (1993). The "Green Beret Murder Case" wherein Thai Khac Chuyen, a suspected North Viet double agent was killed by American Special Forces, is now looked upon as an odd event likely credited to ending the career of Rheault, the leaking of the Pentagon papers, the Watergate break-in, and the fall of Richard M. Nixon, among other things such as the figure of Kurtz (partially modeled on Rheault?) in the film Apocalypse Now.

Bob Rheault has introduced the last three Memorial Day concerts at the Camden Opera House. His words are always clear, riveting, and apropos.

We didn't "win" in Viet Nam. For more reasons than imaginable. The same can be said for Iraq. The same for Afghanistan. I have no insight. Just this: It is past time tactics to kill and maim to get what we want.


Every emancipation is a restoration of the human world and of human relationships to man himself. --Karl Marx, in Zur Judenfrage,  used as epigraph to John Fowles novel, The French Lieutenant's Woman)

Everyone I know who was in Vietnam is suffering from PTSD and is being financially reimbursed upon that diagnosis. We, the civilians of a different bellicosity, are still paying for that war. As are families of the fallen, the men and women visiting or inpatient at Veteran's Hospitals country-wide, and the silent in-ground, their experience and thoughts muffled in the fog time lays down.


There is only one good definition of God: the freedom that allows other freedoms to exist.  --John Fowles (in The French Lieutenant's Woman)

I order two books: Drift: The Unmooring of American Military Power, by Rachel Maddow; and, Twilight of the Elites: America after Meritocracy, by Chris Hayes. If I could only learn to read, these purchases would have more meaning.

So too, if I could learn to read the facticity of history I might reside more equanimously with those I know. It would be a place, though not understandable, where at least it might be more easeful and gracious.

Prayer, yes...that which seems absurd...might be the medicine. Prayer as humble curiosity into what is here. Prayer as a silence weaving through the noisy antagonism of clattering and clashing voices. Prayer as unfocused listening to the multivalent sound of things falling to ground.

I liked hearing Bob Rheault on Memorial Day. He brought with him a presence that could be taken as an undisclosed petition for peace surrounded by a chorus of soulful choral supplication.

For allowing freedom!
Posted by meetingbrook at 5:00 PM

When you hear of it, everything is predicate

Hot day from Milo to Orono to Bangor.

A prayer for a man who died inside depression. 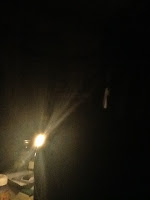 This, this, is my body

In the cathedral of open water, even though the wood seams of peapod take up water, the service of bodying Christ continues.

Posted by meetingbrook at 11:53 AM