each one, and each none

No way to embrace

only seeing through God

as air between us is seen through

as breath coming and going is breathing us

Posted by meetingbrook at 10:43 AM

The 97 yr old man read a poem to the group about growing lovely growing old.

Then he said it was the last time he’d be coming to the Poetry, Tea, & Thee group after 7 years.

The ordeal to get there was too much for him.

He thanked us and said he loved us.

So many fine things do:

Laces, and ivory, and gold,

And silks need not be new;

And there is healing in old trees,

Why may not I, as well as these,

how get rid of fools

Time
Posted by meetingbrook at 4:45 PM

Still.
Posted by meetingbrook at 9:58 AM

egomaniacs are people for whom others don’t exist

Republicans vowed to dismantle the US government.

They elected Mr. Trump to carry out their desires.


This year Hannah Arendt is alarmingly relevant, and her books are selling well, particularly On the Origins of Totalitarianism. She’s been the subject an extraordinary essay in the Los Angeles Review of Books and a conversation between scholar Lyndsey Stonebridge and Krista Tippet on the radio show “On Being.” Stonebridge notes that Arendt advocated for the importance of an inner dialogue with oneself, for a critical splitting in which you interrogate yourself—for a real conversation between the fisherman and his wife you could say: “People who can do that can actually then move on to having conversations with other people and then judging with other people. And what she called ‘the banality of evil’ was the inability to hear another voice, the inability to have a dialogue either with oneself or the imagination to have a dialogue with the world, the moral world.”

Some use their power to silence that and live in the void of their own increasingly deteriorating, off-course sense of self and meaning. It’s like going mad on a desert island, only with sycophants and room service. It’s like having a compliant compass that agrees north is whatever you want it to be. The tyrant of a family, the tyrant of a little business or a huge enterprise, the tyrant of a nation. Power corrupts, and absolute power often corrupts the awareness of those who possess it. Or reduces it: narcissists, sociopaths, and egomaniacs are people for whom others don’t exist.

(-- REBECCA SOLNIT: THE LONELINESS OF DONALD TRUMPON THE CORROSIVE PRIVILEGE OF THE MOST MOCKED MAN IN THE WORLD), in LITERARY HUB,CREATED BY GROVE ATLANTIC AND ELECTRIC LITERATURE

Posted by meetingbrook at 8:52 AM

Us
Posted by meetingbrook at 4:44 AM

I shall not want.

Everything is given and available.

Attention, awareness, and appreciation are the necessary conditions.

And the realization that anything happening anywhere affects everyone everywhere.

It is the character of authentic soul that the web of interdependence is connected within and through each one of us.

Not to see this is to risk the integrity of existence.

We must submit to this integral whole or remain as fragmented desolation.

Choose this longing for this revealing itself -- to and as, each, one, of, us.
Posted by meetingbrook at 10:34 PM

yes, the dead and deadened 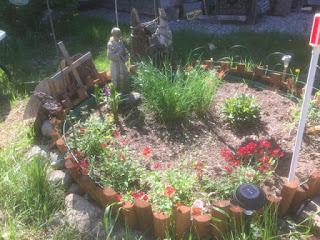 Meanwhile, back in real time, the actual occupant of the White House returns from overseas to the simmering turmoil of investigation, lies, and obstruction.

We seem to forget that the stated goal of the majority ruling party is to dismantle government in favor of private interests and corporate power brokers.

A large portion of the populace is confused and uncertain now that the actions equivilate the intent. It feels like there is a long desolate desert looming large into the horizon.

I'd prefer it were different, but it is the way it is.

Feels like a coup d'etat.  Feels like something equally revolutionary will rise up to offset the smallness shrinking the spirit of America on the part of one particular party in power.

I wait to see what arises.

Antipathy.
Posted by meetingbrook at 11:50 PM