a little spark of madness, as gift

You're only given a little spark of madness. You mustn't lose it.

No matter what people tell you, words and ideas can change the world.

Comedy is acting out optimism.


“The purpose of poetry is to remind us
how difficult it is to remain just one person,
for our house is open, there are no keys in the doors,
and invisible guests come in and out at will.”
(― Czesław Miłosz, in poem, Ars Poetica?)

Williams’ guests were invited for us.
Posted by meetingbrook at 2:07 PM

Instead of reincarnation, we posit perincarnation.
Posted by meetingbrook at 11:03 PM

A woman we knew died ten years ago Sunday. Her son brought the letter she'd composed about having her memorial service at the hermitage.
I leave a vigil candle in cabin chapel/zendo this decade later where she'd join us Sunday evening practice.
It's hard to know when you should go. She decided to take on that question for herself.
It doesn't make it easy on anyone to erase uncertainty about life and death.
The church celebrates the nativity of Mary today.
We learn to look steadily at life, at death.
Not knowing.
Posted by meetingbrook at 8:49 AM

one with: a new seeing of a new way of being 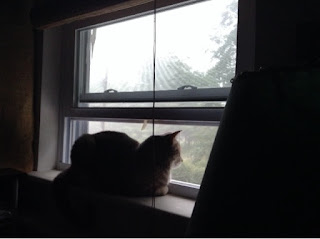 God is radically involved with the world, empowering the world toward fullness in love, but God is unable to bring about this fullness without the cooperation of humans. Human and divine cannot co-create unto the fullness of life without death as an integral part of life. Isolated, independent existence must be given up in order to enter into broader and potentially deeper levels of existence. Bonaventure speaks of life in God as a “mystical death,” a dying into love: “Let us, then, die and enter into the darkness; let us impose silence upon our cares, our desires and our imaginings. With Christ Crucified let us pass out of this world to the Father.” [1] [2]


Seeing way of being

Being as way through 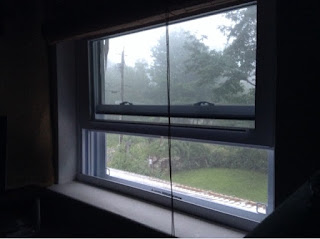 as cats hiss and growl

It is still dark.
It's what night is.
Still.
Dark.
Posted by meetingbrook at 4:13 AM

the salvation of freedom

Q: Do you accept Jesus as your personal lord and savior?

A: No. I accept Jesus as Jesus.

Q: What does that mean?

A: That means the I accept you as you, not what is said of you. 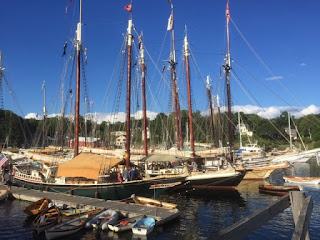 what is your address

Seems the zen suggestion is to leave home.
Become homeless.
Drop mind and body.
Recognize there is no home; you are, rather, a wandering homeless presence.
Recognizing everywhere, everyone, every time as true home where no home is.
Posted by meetingbrook at 11:11 PM

With guests at home. 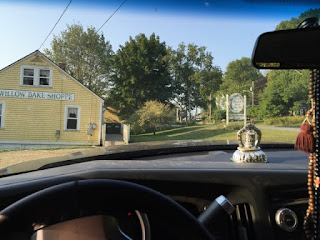 My virtuous journey to donut outpost is met with ‘closed Sunday and Monday of Labor Day Weekend’.

Not a problem. I was only driving to bake shoppe; then back to Camden. Each act belongs to itself. Not open? Turn right, head north on route 1.

Brain Pickings features Seung Sahn and his words about anger. (Non-applicable segue.) In a letter he wrote:

After sitting yong maeng jong jin [silent meditation], your mind was clear. A clear mind is like a clear mirror, so when anger appeared, you reflected with angry action. You love your son, so you were angry. Is this correct? Don’t check your mind — when you are angry, be angry. When you are happy, be happy. When sad, be sad. Afterwards, checking is no good.

Your previous anger and the anger you talked about in your letter are different. Before yong maeng jong jin, it was attached anger; after yong maeng jong jin, your anger was only reflected anger. If you do more hard training, the reflected anger will change to perceived anger. After more practicing, perceived anger will disappear. Then you will have only loving anger — inside you will not be angry, only angry on the outside. So attached anger, reflected anger, perceived anger, loving anger — all are changing, changing, changing. Anger is anger; anger is the truth. Don’t worry, don’t check yourself — it has already passed. How you keep just-now mind is very important. https://www.brainpickings.org/2016/09/01/only-dont-know-seung-sahn-anger/

He was the first Zen Master I sat with. First at initial Providence Zen Center above someone’s garage in (?) the early 70s. Later at Cumberland RI setting.

Only go straight. Only don’t know. This was his teaching. (Of course, like other dharma teachers, he became involved, it is said, with some of his female students. This is a problem that doesn’t seem to go away in the intimacy of trust relationships and the seeking of propriety in structurally unequal authority relationships.)

So it was. And, he was a formidable teaching presence in the Korean lineage.

When older and in more fragile health, he returned to Korea and a hermitage near his early monastery.

It’s hard finding good human beings who are not damaged by failings and compromises.

Some cover this by saying that it’s hard being a human and relying on other human beings to practice correct relationships and authentic enlightenment. And it’s true. We are, each of us, by and large, disappointments -- whether to ourselves, to normative ethical standards, or moral virtuous behavior.

It would seem a fruitless and unsuccessful task to find someone, dead or alive, who personified and embodied a pinnacle particularity of some specifically defined perfection of life. This observation is not an excuse for the inappropriate. It is merely a supposition to temper the search should someone embark on the venture.

I have long believed that most constructive action comes as a form of complaint — an urge to effect positive change that arises out of dissatisfaction with the way things are and an active desire to steer them toward a more satisfying version. (A decade ago, I started Brain Pickings in large part out of dissatisfaction with my education, as an active complaint.) In a sense, Soen-sa paints anger as dissatisfaction in the extreme, which makes it a powerful mobilizing agent for positive change — or for what the great composer John Cage, a student of Zen himself, called constructive anarchy.
Soen-sa examines the rhythms of the four different kinds of anger as they course through us in succession, guided by Zen practice:

Attached anger sometimes lasts for three hours, sometimes three days, and does not quickly return to love-mind. When you were crying, you had reflected anger; it did not last long. Soon you returned to your mind that loves your son, and you knew what to do to help him… After more hard training, your reflected anger will change to perceived anger. You will feel anger but not show it; you will be able to control your mind. Finally, you will have only loving anger, ager only on the outside to hep other people — “You must do this!” — but no anger on the inside. This is true love-mind.

He ends with a note of assurance that the decision toward which the shock of Diana’s anger steered her — to move her son to a better school — was the right one and reflects a larger principle of personal growth:

Buddha said, “If one mind is pure, your world will be pure. Your world means your family, your friends, your country — all of them. So changing your son’s school is a very good idea. Sometimes, when the situation is bad, everything is bad; when the situation changes, then it is possible to change everything.

Back home, guests accompany Saskia to sail Penobscot Bay. Rokie trails other guest to yurt in hopes of a walk. Sun settles on Mid-Coast roofs and dooryards this final so-called weekend of summer. The house is quiet.

I’ll just go straight to it.

Happy to do so.